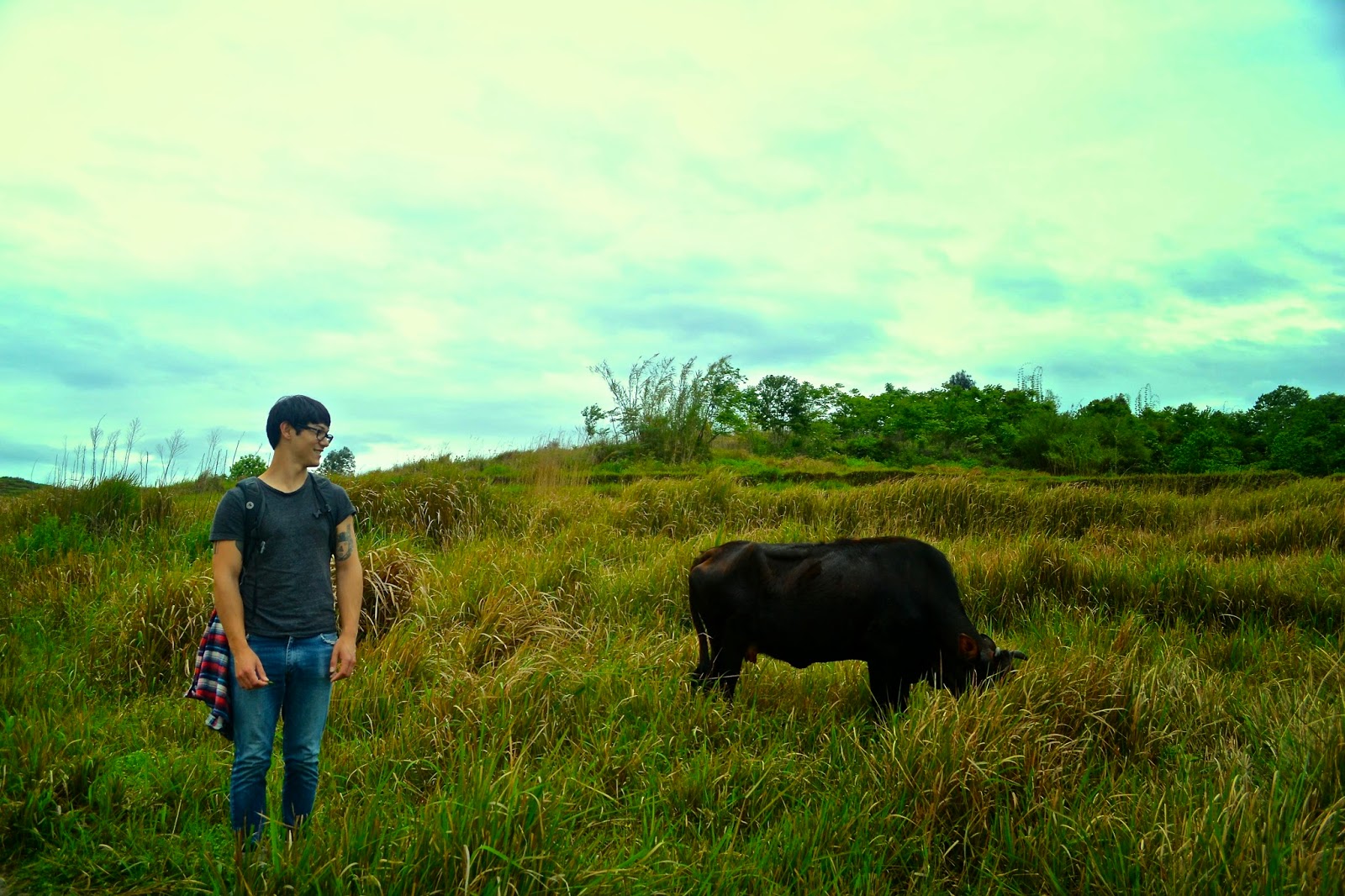 This week we took Hiking Club to a mountain behind Three Gorges Medical College. There we rendezvoused with Maivy's (another PCV) Hiking Club. Her club was to guide us around the mountain in their backyard. Collaboration on our secondary projects has been infinitely beneficial for our students and us PCVs. In a word, I just want to express how fortunate I am to be in a city with such great PCVs. 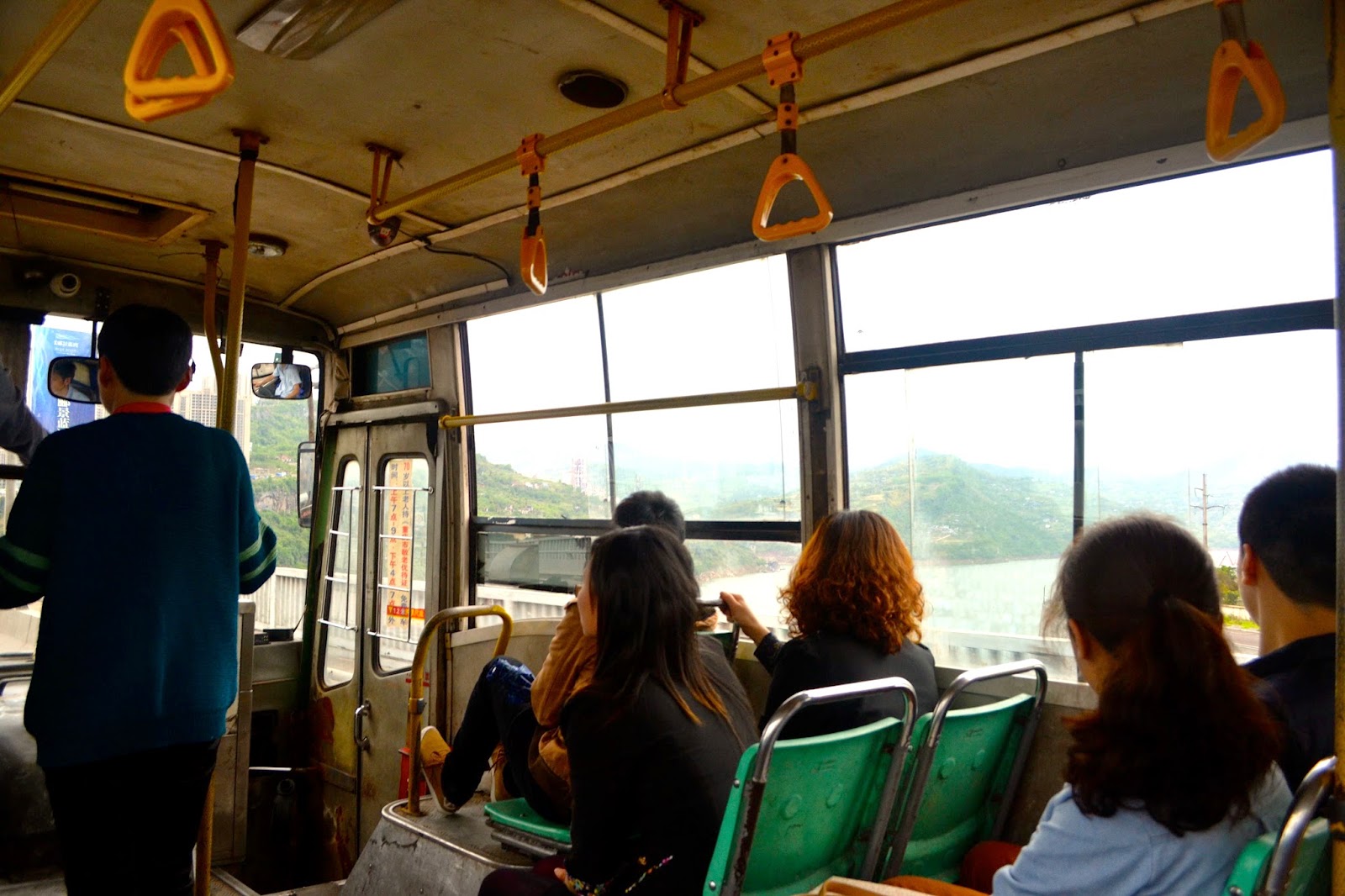 Our bus crossing the Yangzi River into Wuqiao (Five Bridges). The bus ride from our college to TGMC is approximately 30 minutes. Walking the road to the mountain. This was our third hiking trip and on it we encountered the most difficult challenge of running a hiking club. In the morning there was a torrential rain. 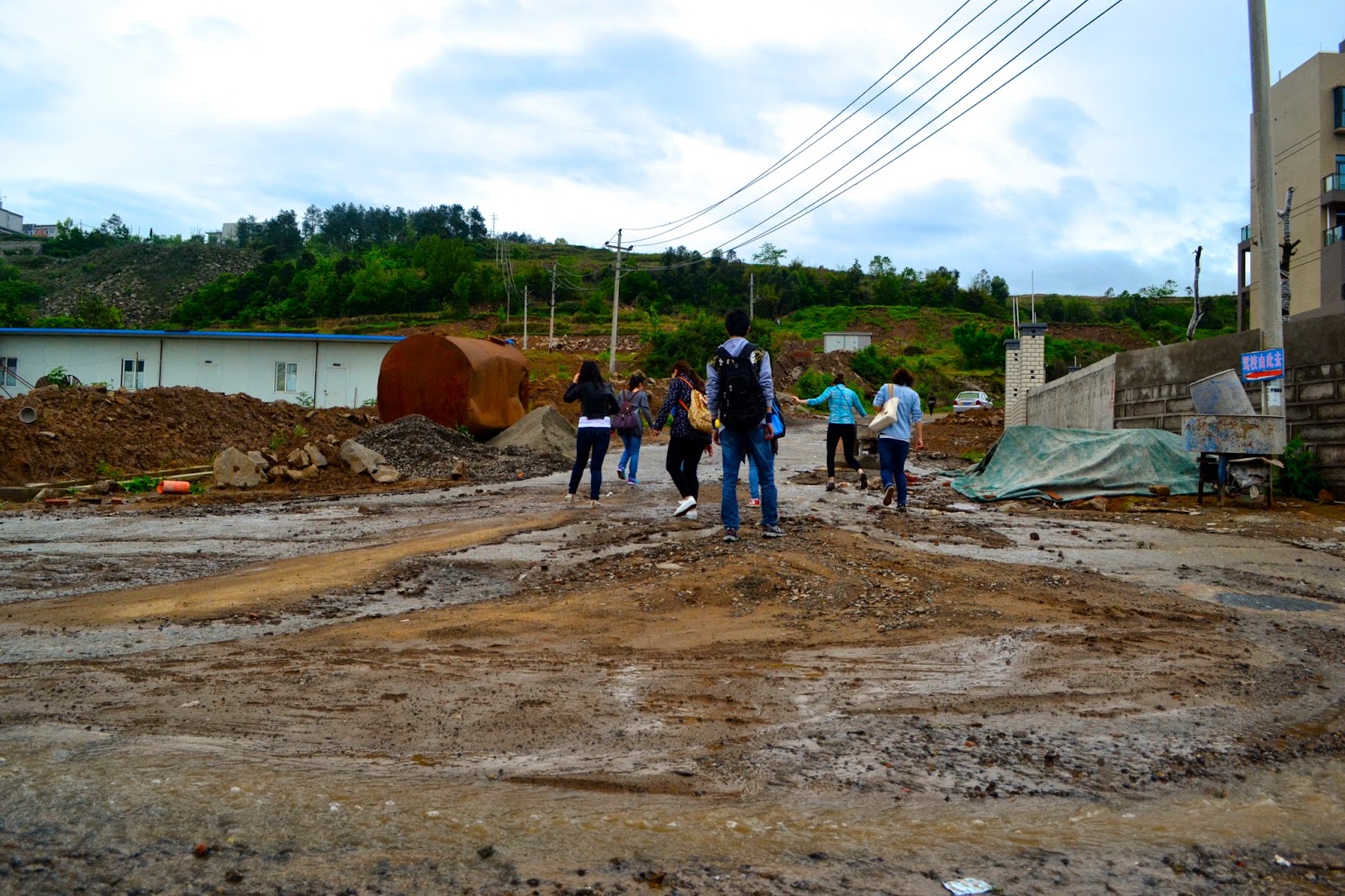 For the first half of the day I thought I was going to have to cancel our trip, but to my surprise, even with Wanzhou's tropical steam bath humidity, much of the water dried before noon. Carelessly, I had not fully realized this reality until the morning, but Hiking Club is entirely dependent on the weather. Weather gods are the worst contingency. With temperatures leveling at 105F and with 100% humidity in the summer, I will have to figure out a way to accommodate these conditions. 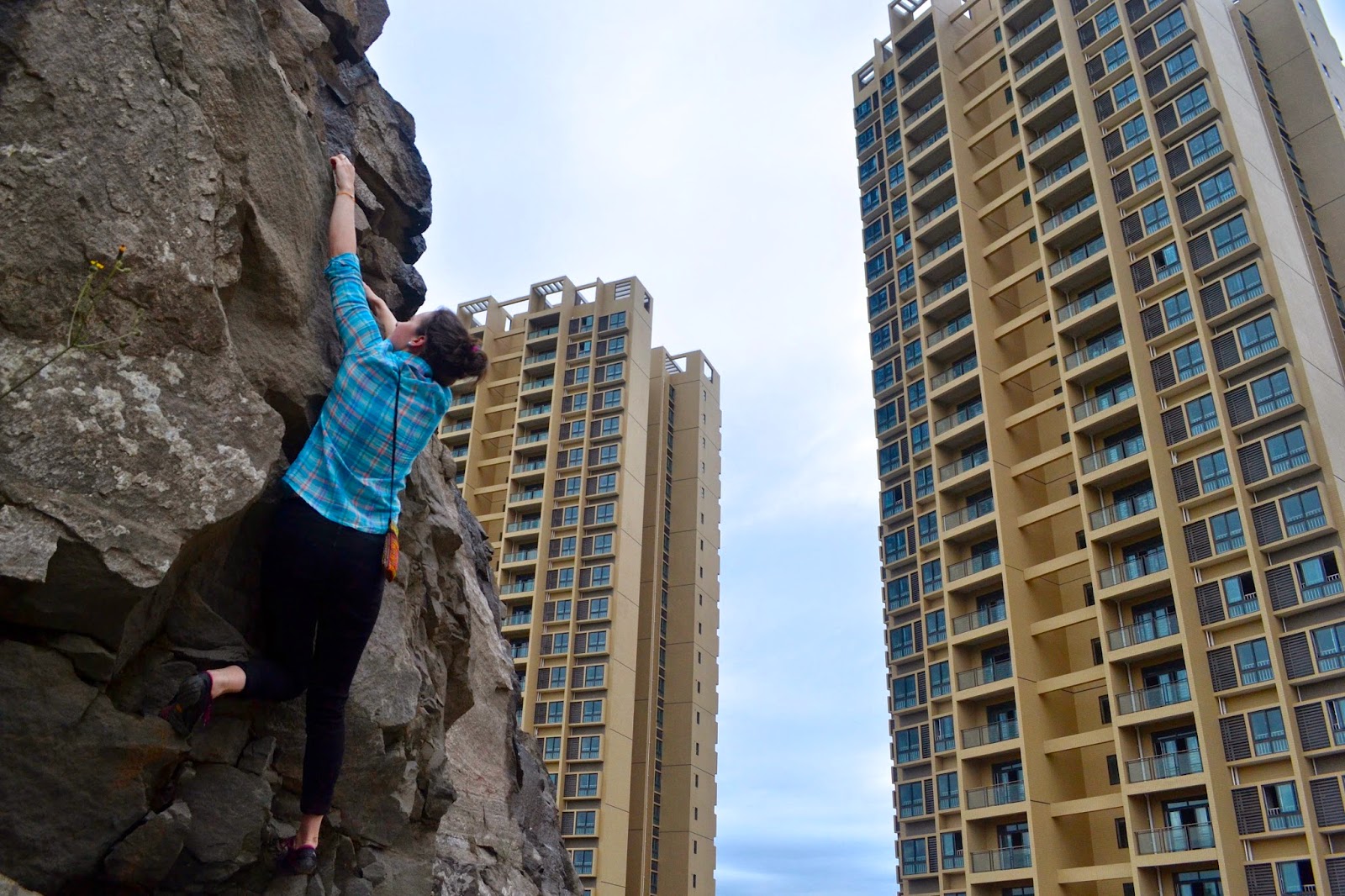 Stopping to test the rocks for bouldering. If there wasn't rainwater flowing though half of the holds there would be potential :) 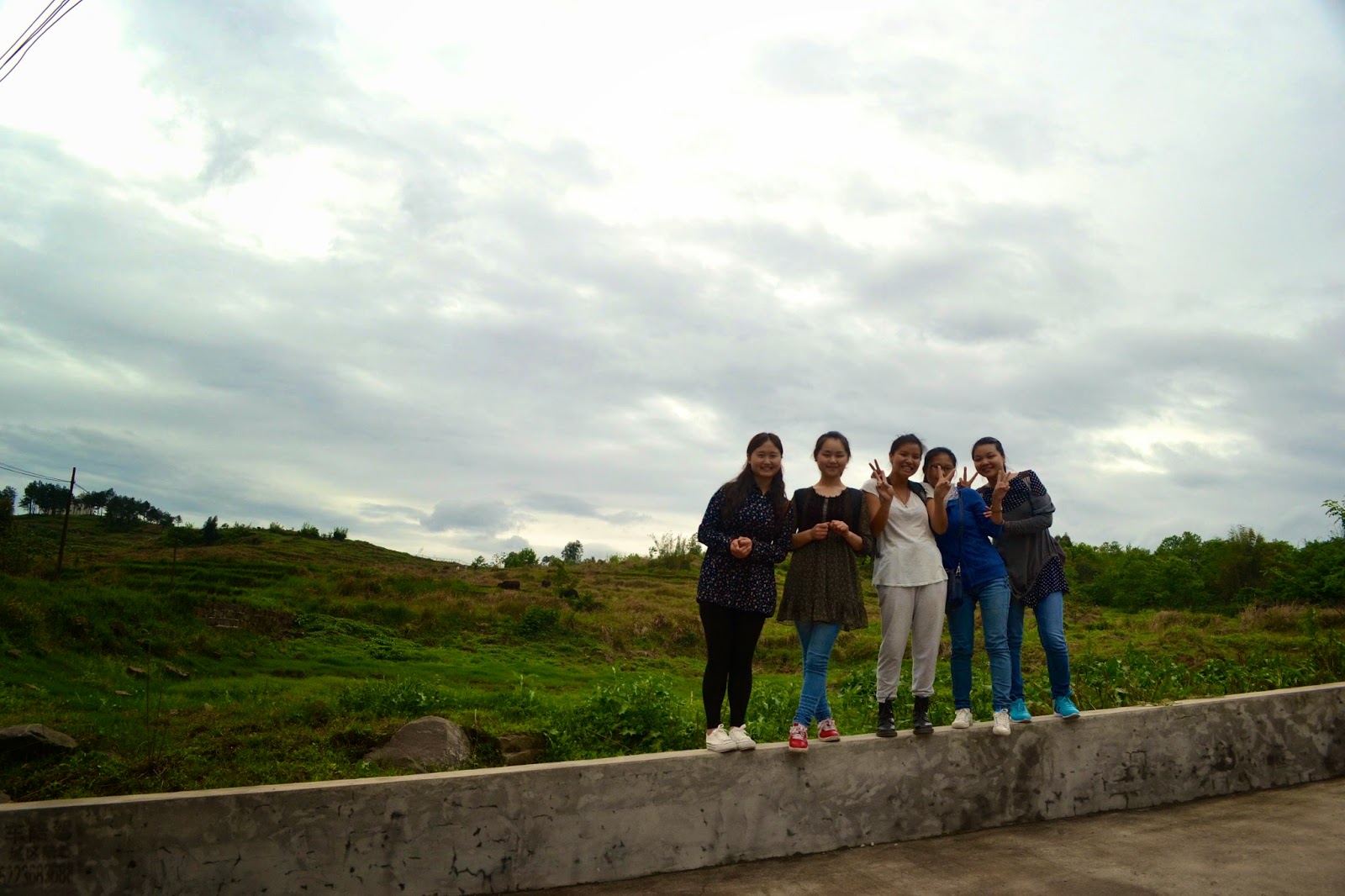 Maivy (decked out in white) and students. Most of Maivy's students are studying to become nurses. 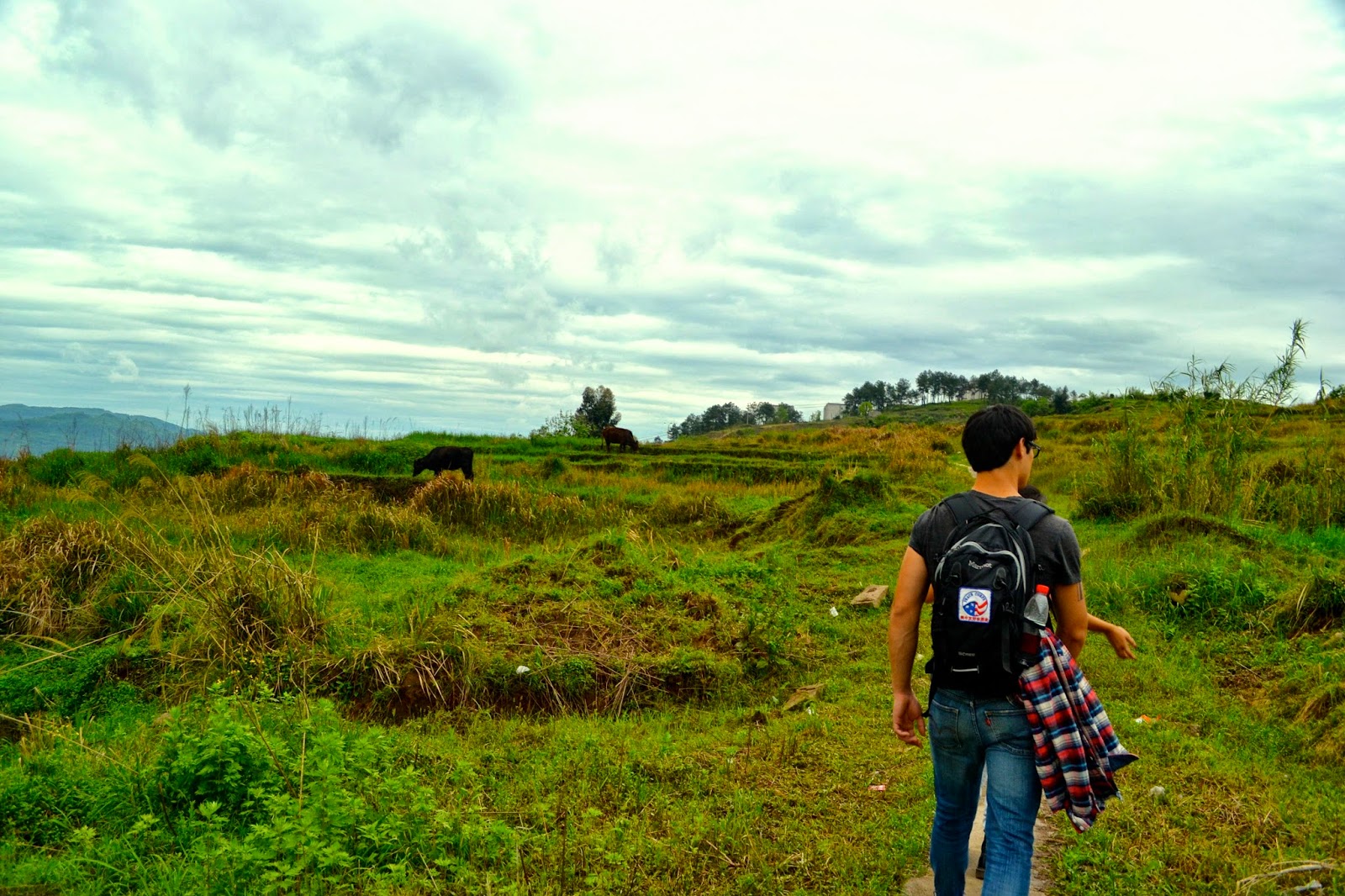 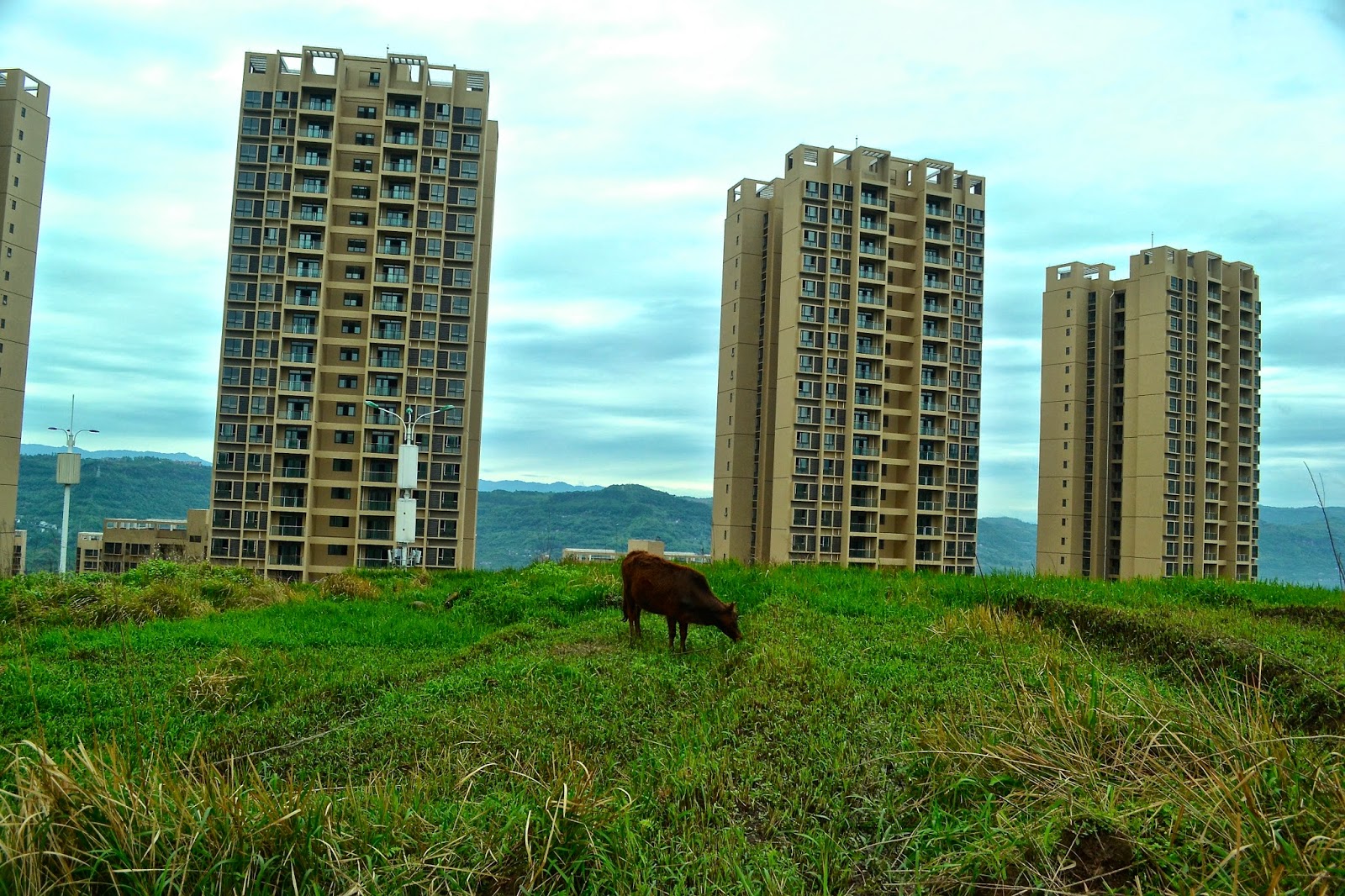 I swear, this country has the most available antitheses in the world 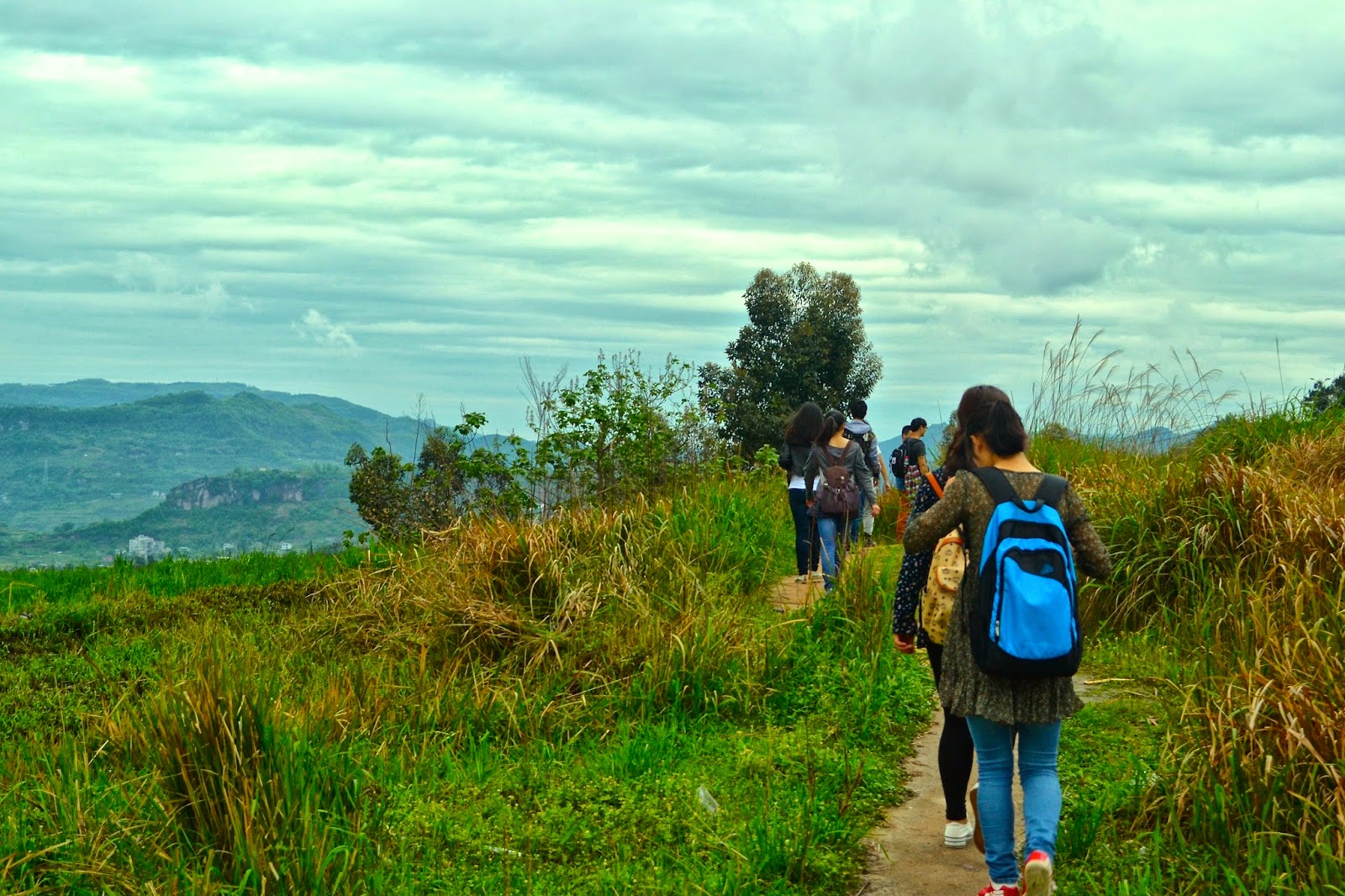 One benefit of the rain is that it clears the air pollution. Nature cleansing itself to unveil its own beauty . . . who knew Nature could be so romantic haha 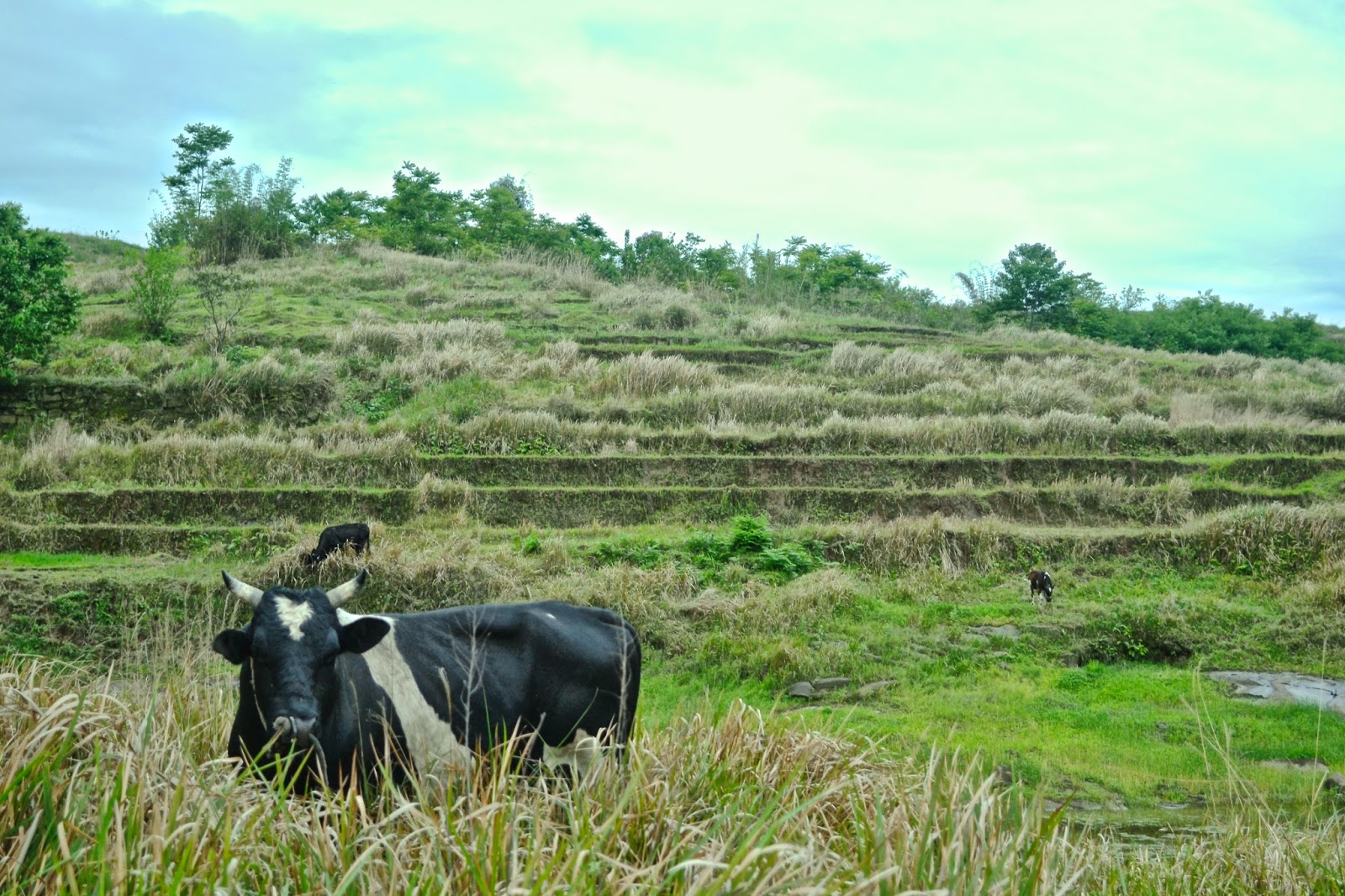 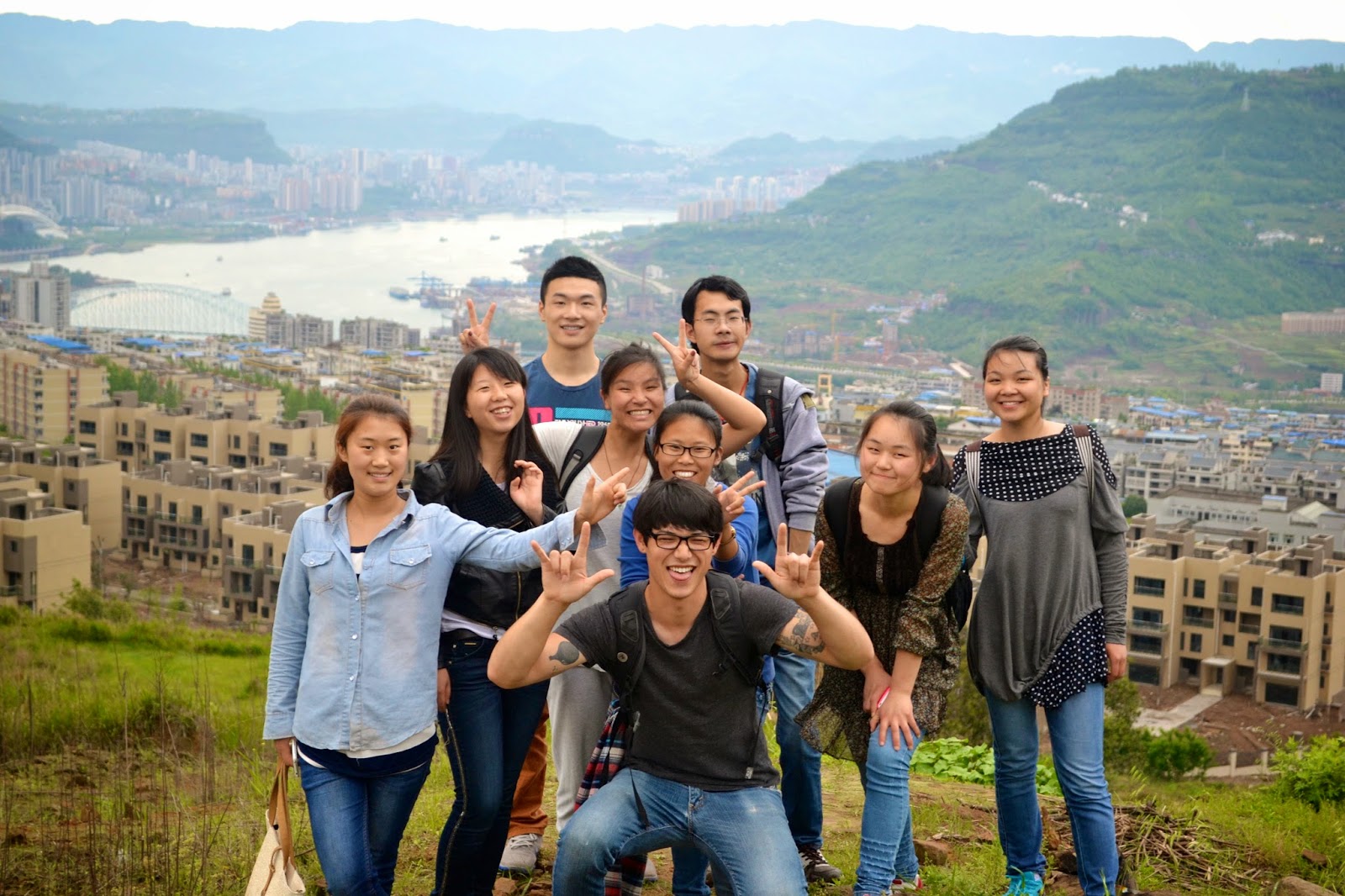 View of Wanzhou city from Wuqiao 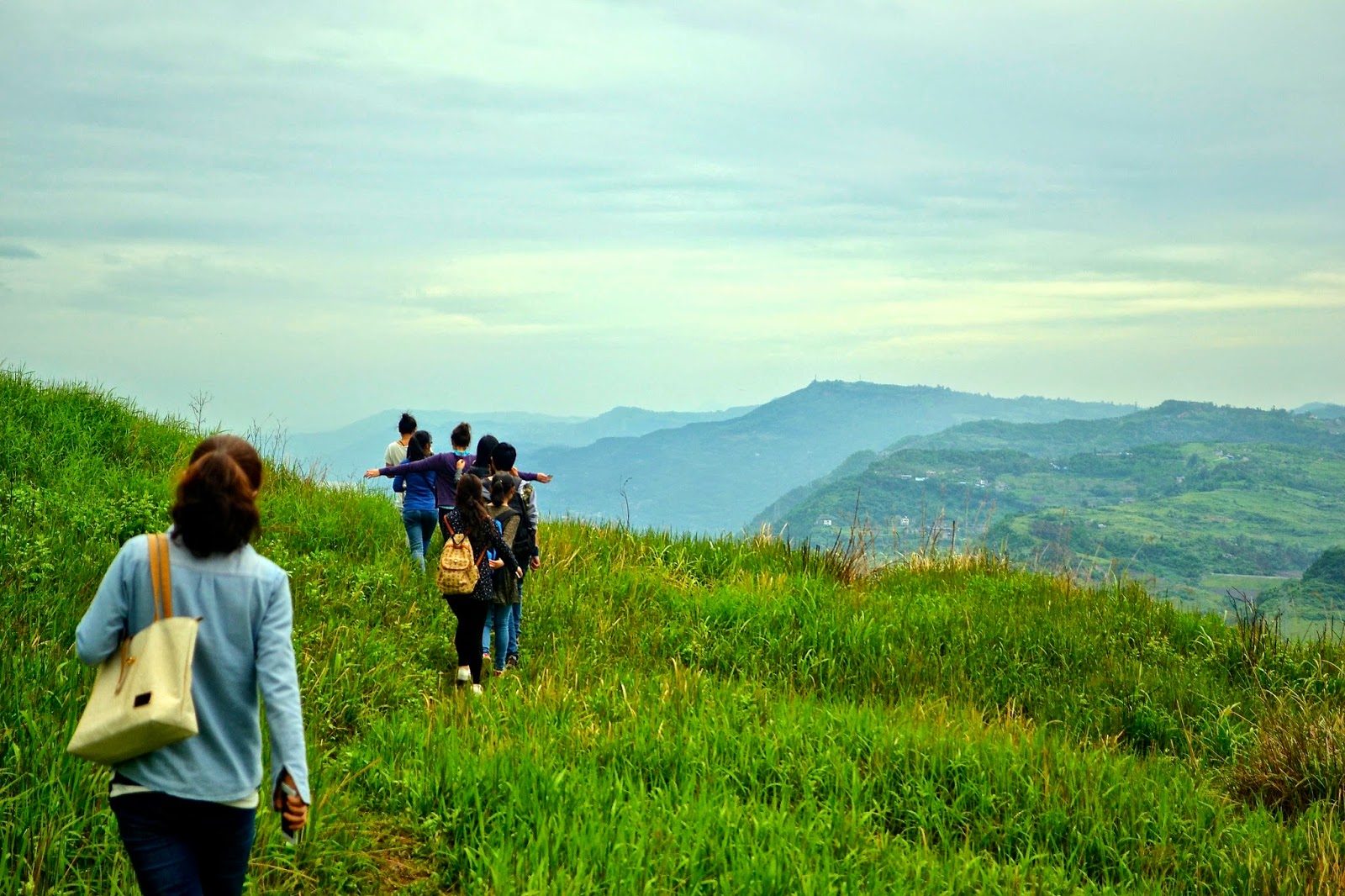 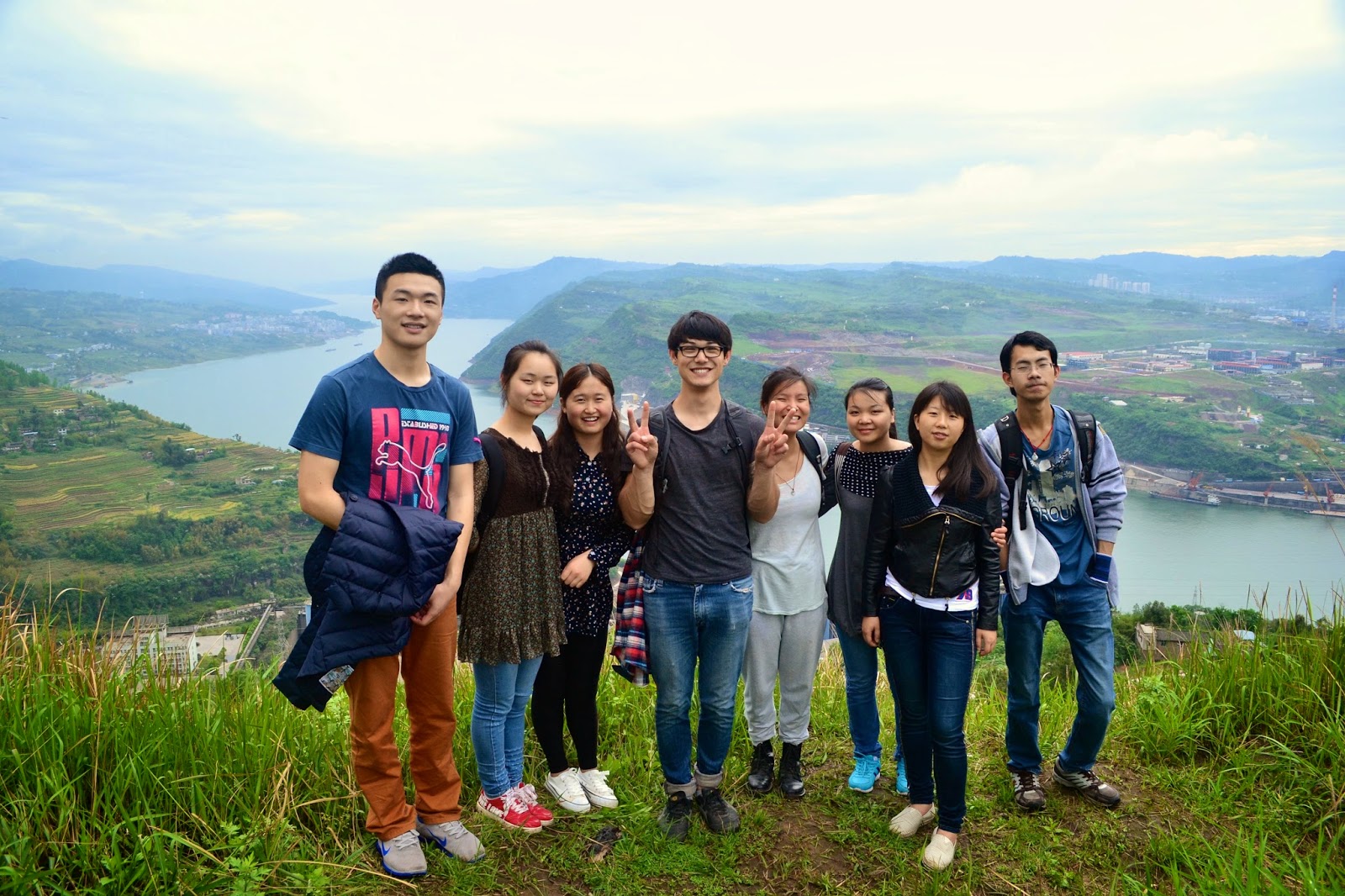 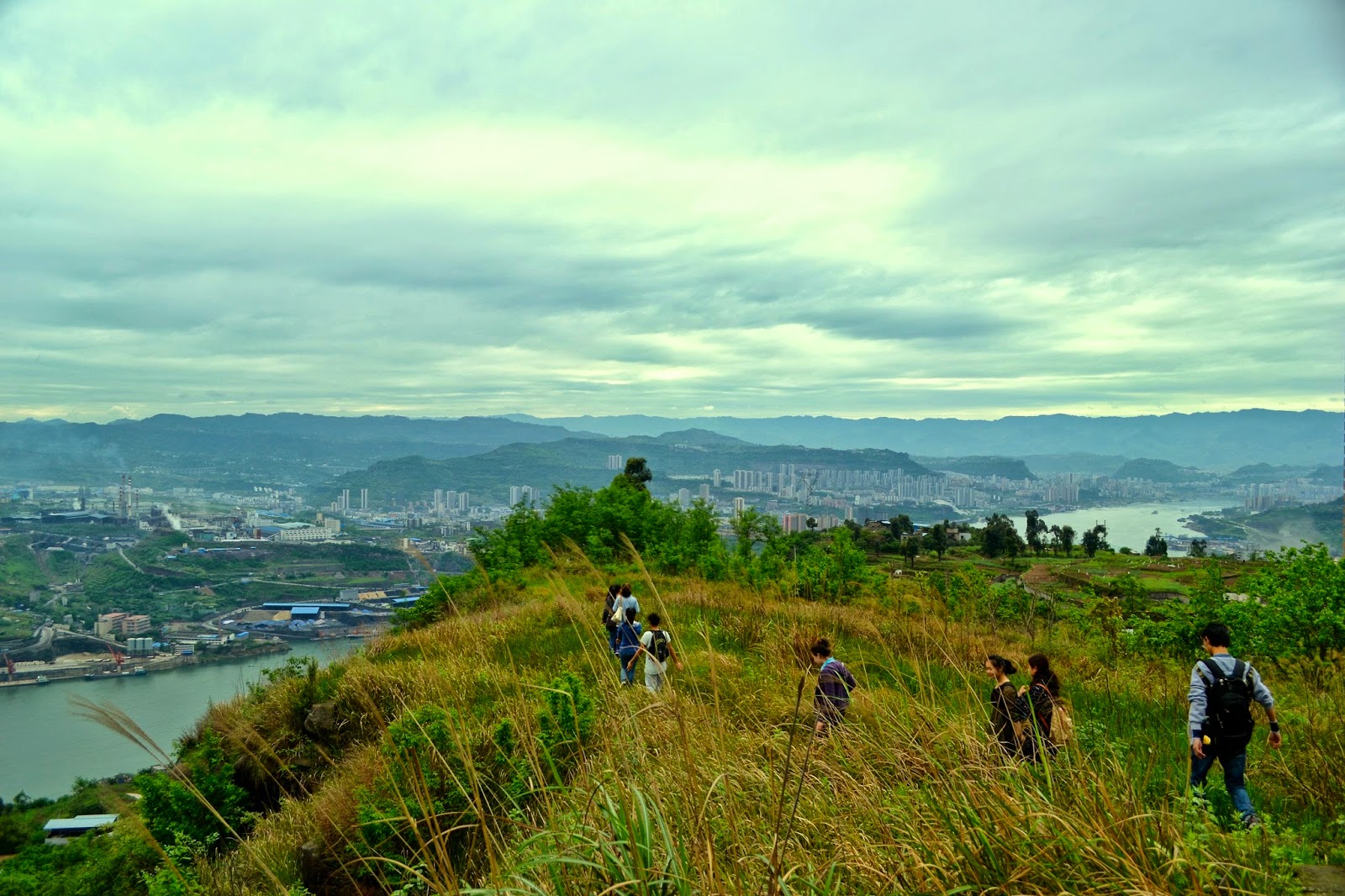 Two thousand years ago the Sichuan/Chongqing region was called Yizhou and was known as the Kingdom of Shu. To most of the ancient Chinese this region was somewhat of a mystery. Getting to Yizhou by land or water was impossibly difficult. Before paved roads the craggy mountainous terrain made overland travel impermissible and the complex river systems daunting even for expert mariners.

The revered scholar-emissary of Shu, Zhang Song, described the region to the emissary, Yang Xiu of Jingzhou (Hubei Province region) at a parley in 220 AD: "its area exceeds thirty thousand li [an ancient form of Chinese measurement, about a third of a mile]. Cocks crow and dogs bark everywhere, for the common folk are ceaselessly active. The fields are fertile and the soil productive, and neither flood nor drought plagues us. Thus, the state is wealthy and its people prosper, enjoying in due season the delights of music and song. No place under heaven can produce such mountains of goods." In my opinion, this description of the region is still accurate.

Appropriately named, this region was called the Riverlands. In the picture below you can see the Yangzi river in its might. Larger than the US's Mississippi River, the Yangzi River is formed by collected runoff water from Tibetian/Qinghai glaciers in the far west and empties into the Pacific via Shanghai. In the ancient times a slur for a person from Sichuan/Chongqing was 'river-rat.' In Chinese, the word  Shu is a homonym of the word for rat. 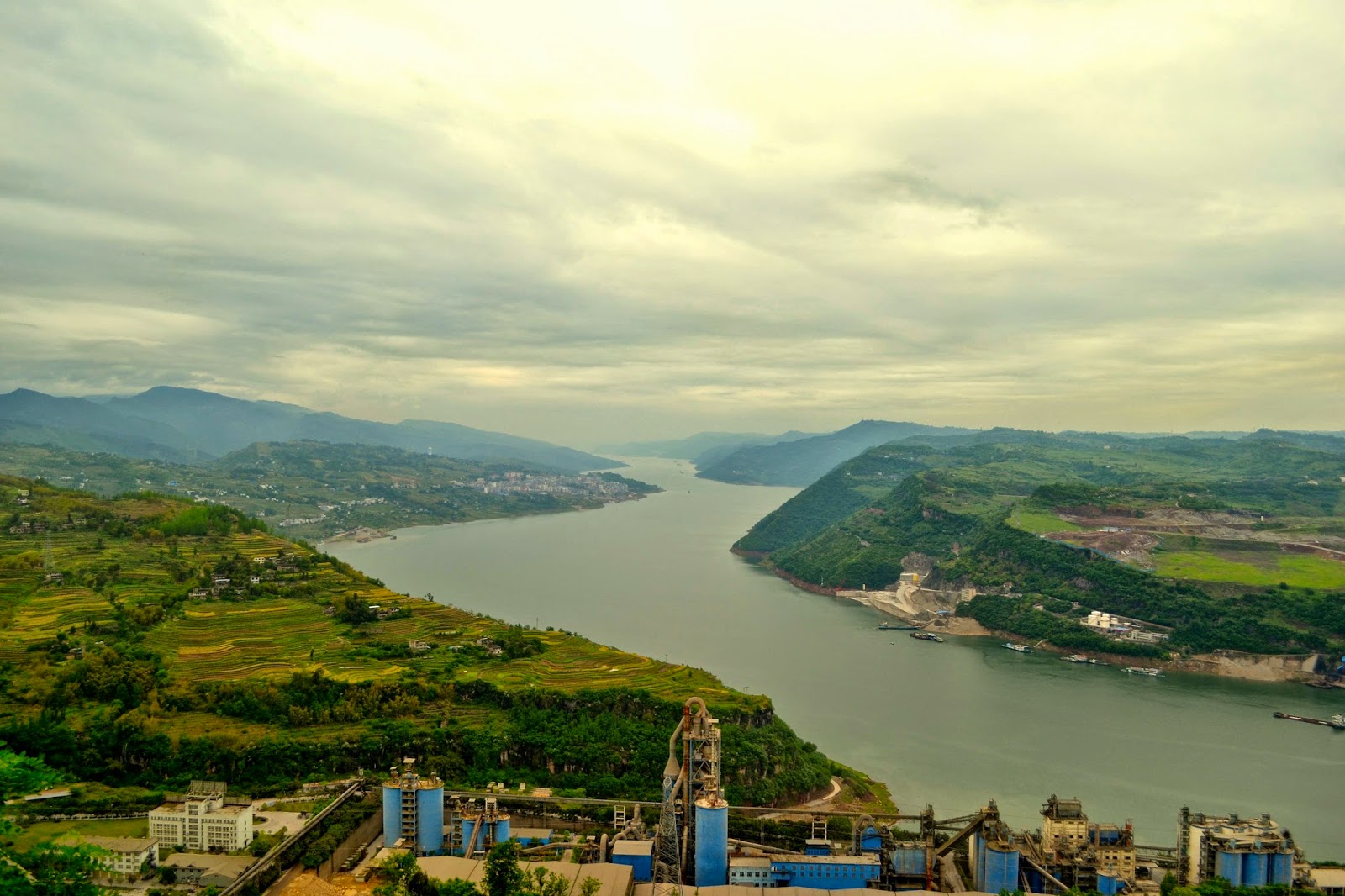 With Wanzhou being the second largest city in Chongqing Province, it is impossible for the city to be free from industry. Although Wanzhou's greatest source of economy comes through ports, we do have a surplus of chemical factories that sit in the north and south districts. The city has made efforts to place the factories behind mountains and tucked away in Yangzi River tributaries, but the air pollution is unavoidable 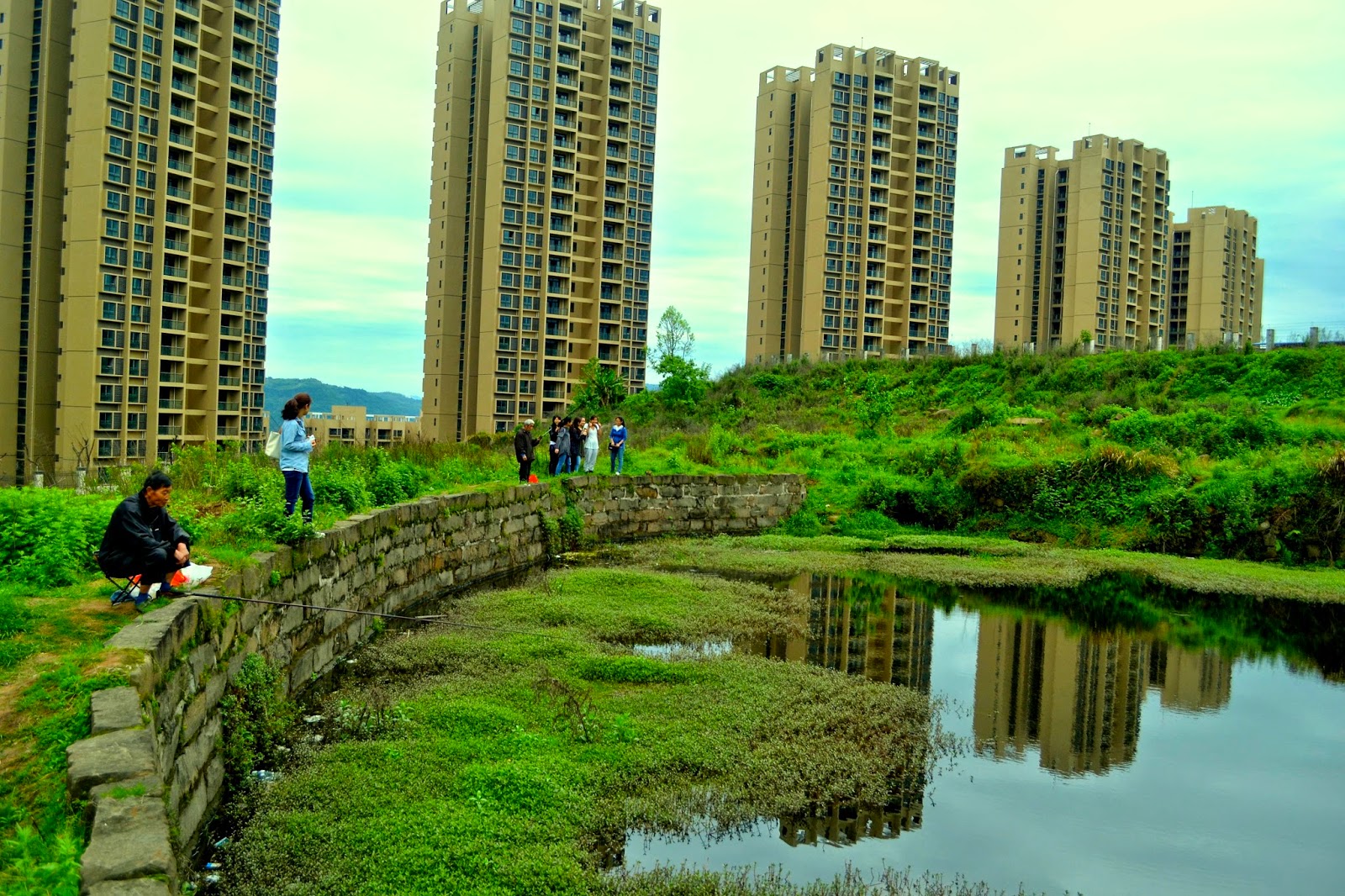 Old men fishing at a pond. Despite the morning rain, Hiking Club trip #3 was a total success. Our students got to make new friends, new ground was explored, laughter, exercise, and most importantly a safe English speaking environment was provided for our students and used exhaustively. I can't yet tell what it is, but there is something truly good happening here. A huge thanks to Maivy and her students for hosting us. Come to Wanzhou and we will show you around.
Posted by Unknown at 11:30 PM