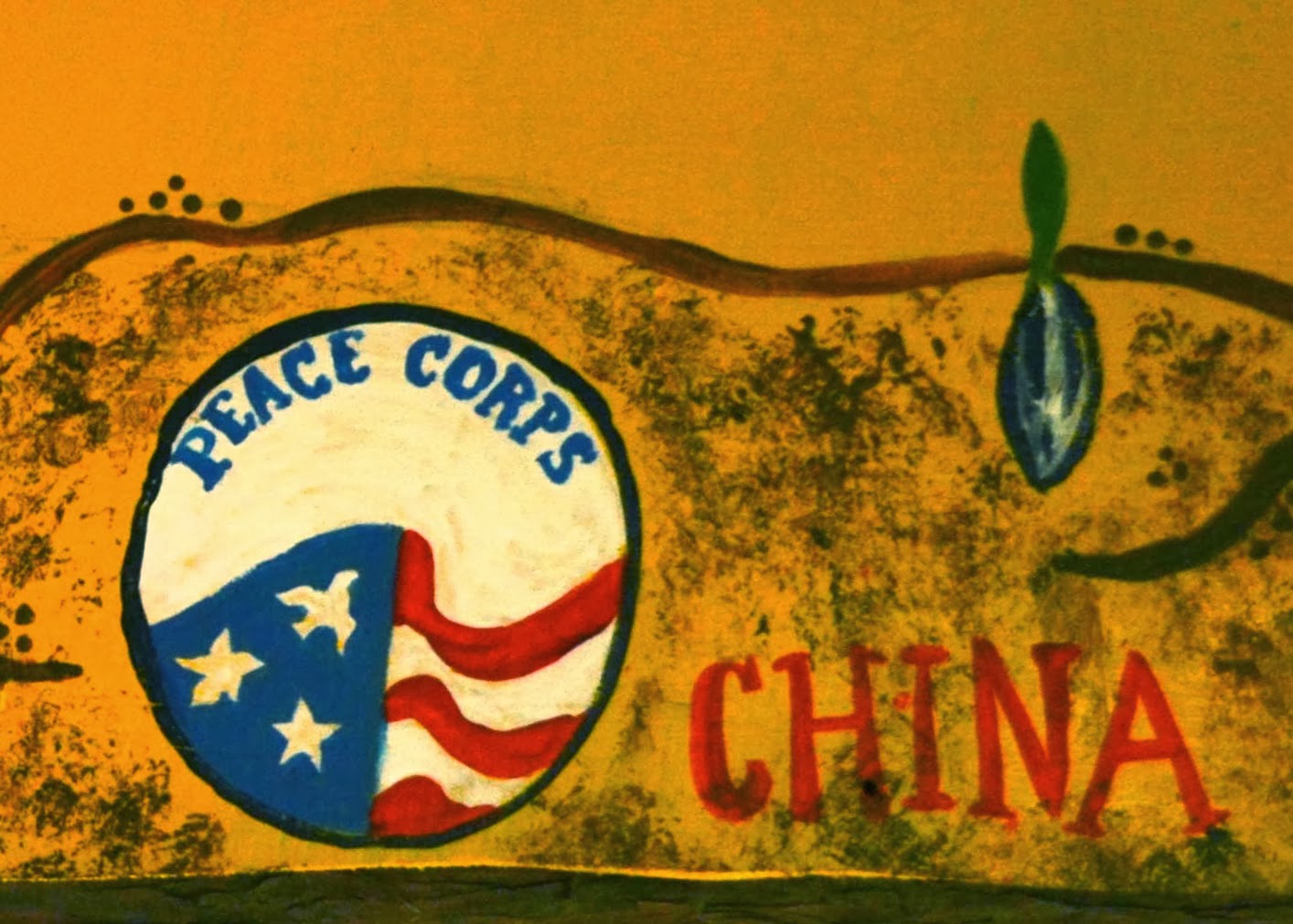 Two days after my winter vacation in Getu, I walked from my apartment to the train station in 35F cold at 3:00am to catch a night train to Chengdu.

This winter PC China initiated a pilot project at an organic farm. Eight separate groups of volunteers were to work for three days in total. This project was not only intended to bring volunteers closer to agriculture, which still comprises roughly 70% of China's economy, but to teach volunteers new ways of perpetuating and encouraging environmental sustainability and to foster a greater sense of volunteer unity.

The organic farm is located a few hours outside of Chengdu. Throughout the weeks, groups of volunteers were to complete a variety of tasks assigned by Farmer Gao, the manager of the farm. When I arrived in Chengdu it was snowing. 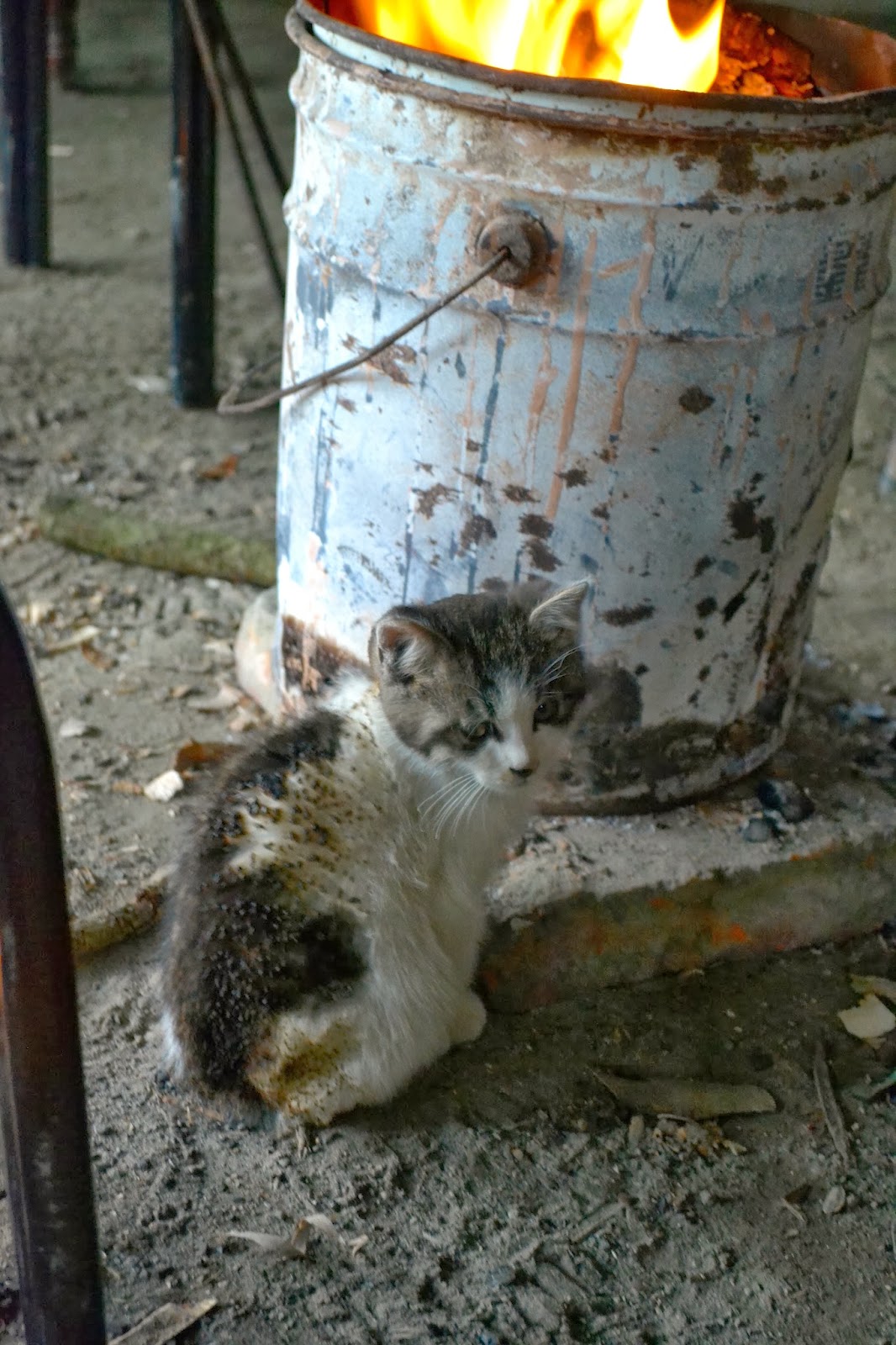 This flaming paint can is the only source of heat on the farm. As you can see the baby cat, 'Six Pack,' sat too close and was a flaming kitty for a moment. 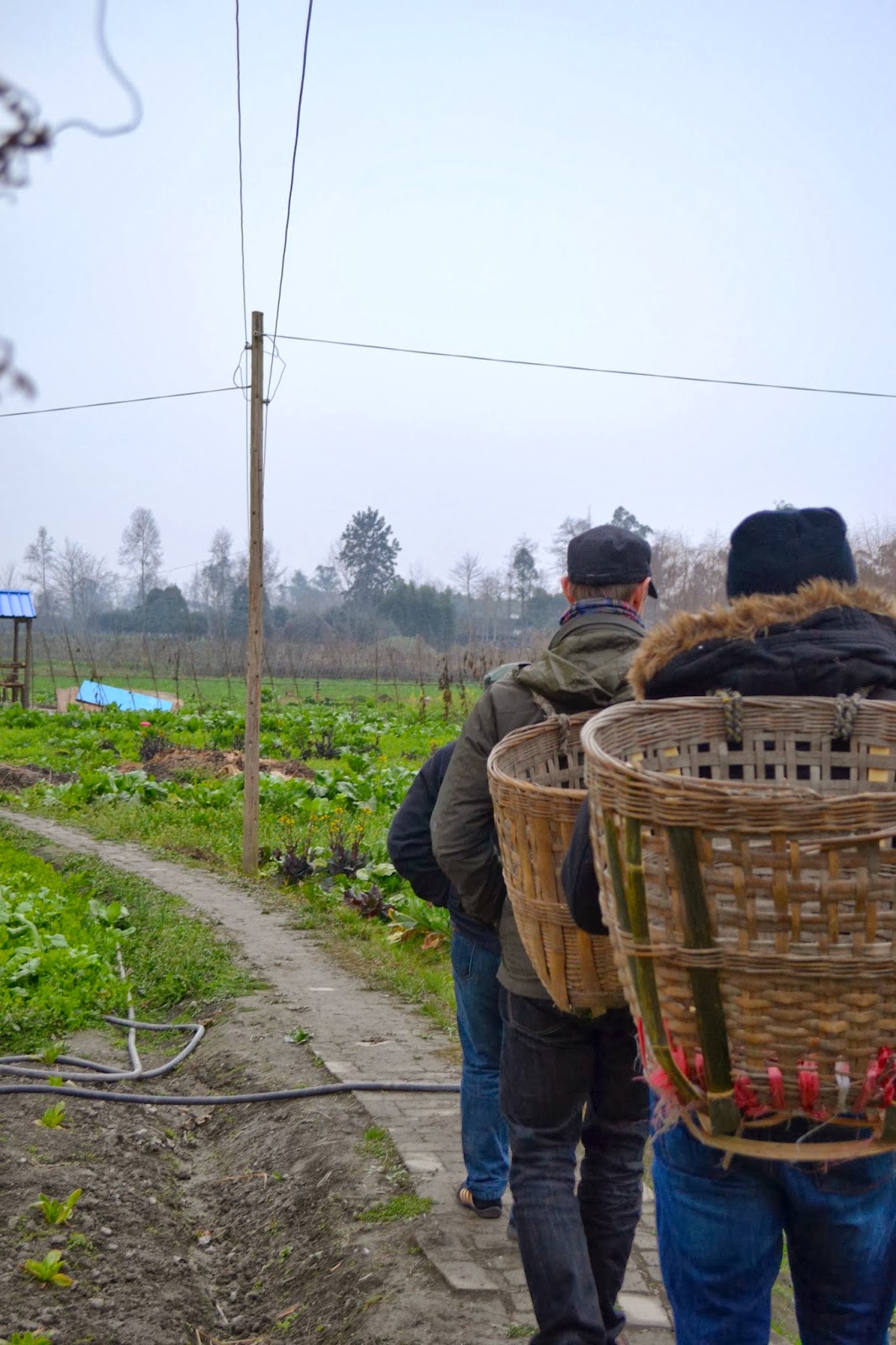 Our first task was to pick rapeseed, peasant backpacks and all. 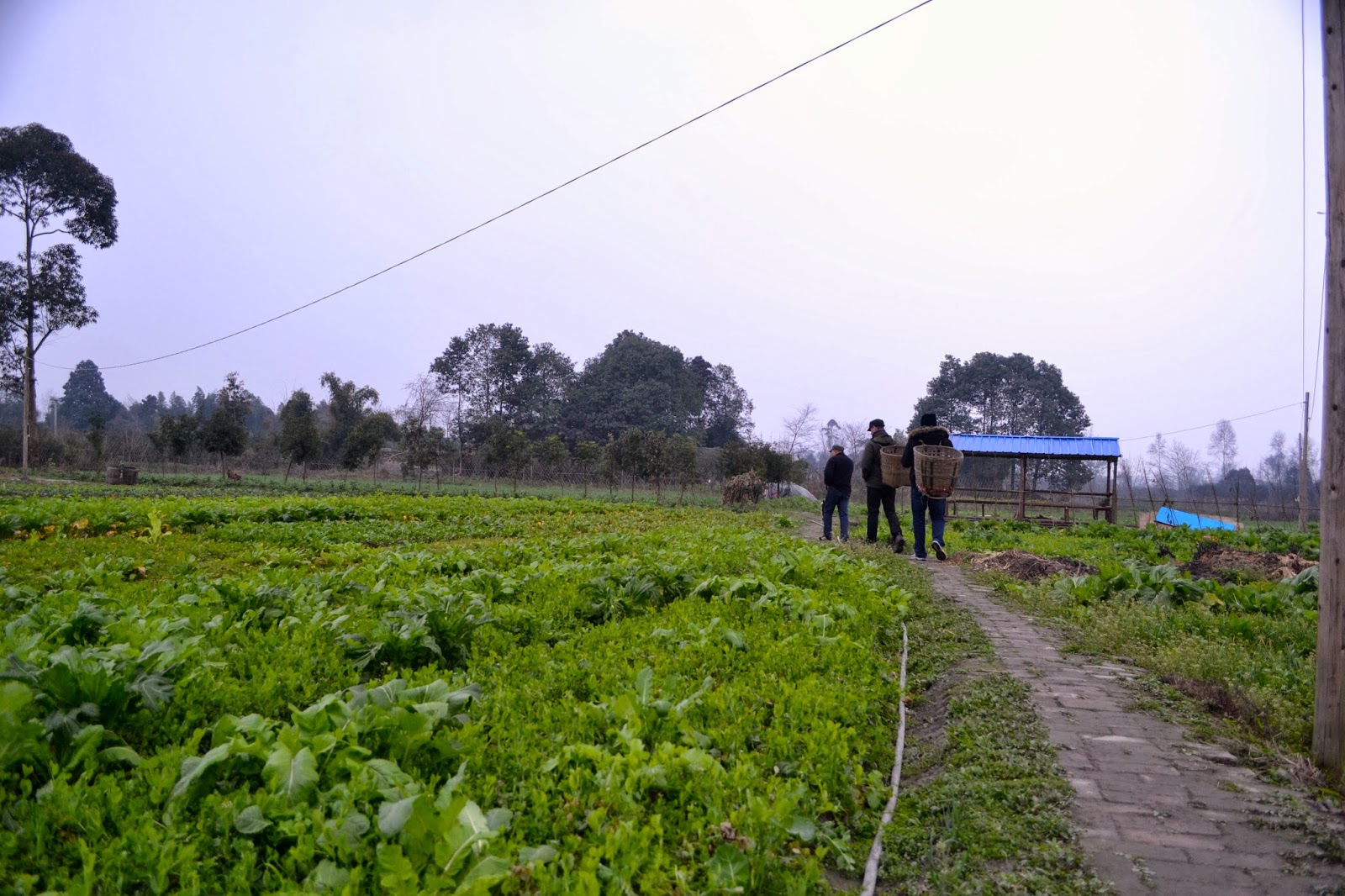 This land is not owned by Farmer Gao. He rents the land from what my skeptical imagination marks to be some sort of land baron, who predictably owns most of the land in the area. Farmer Gao in turn, rents small sections of the land to affluent urbanites who have been swept up in the typhoon of health consciousness. A 25'x10' plot is 1000kuai (164USD) per month. He either grows fully organic vegetables for them or the patrons can tend to their gardens as they please. 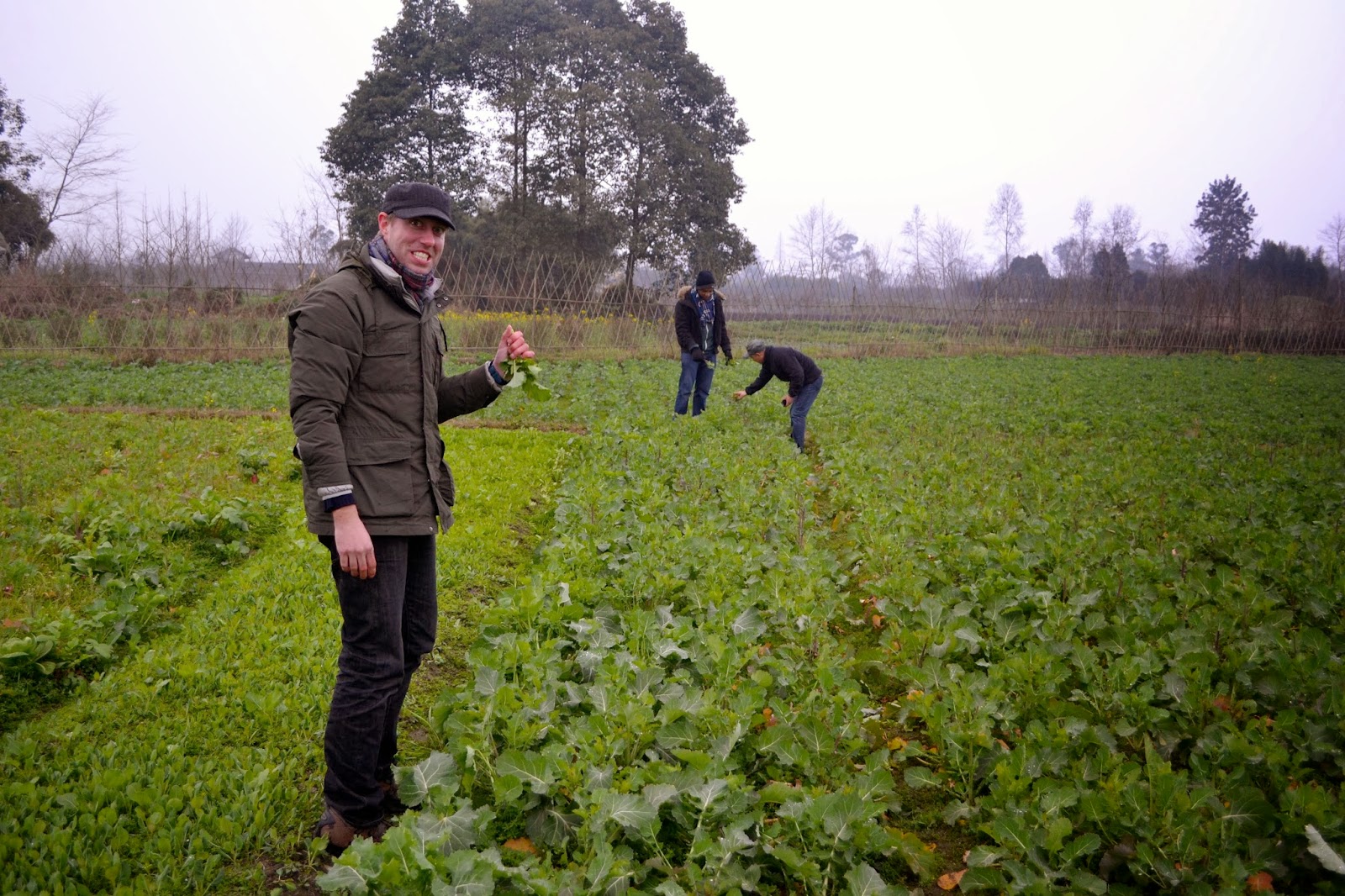 Picking rapeseed is complicated. Adding the language barrier, I still don't know if we were picking it the right way. 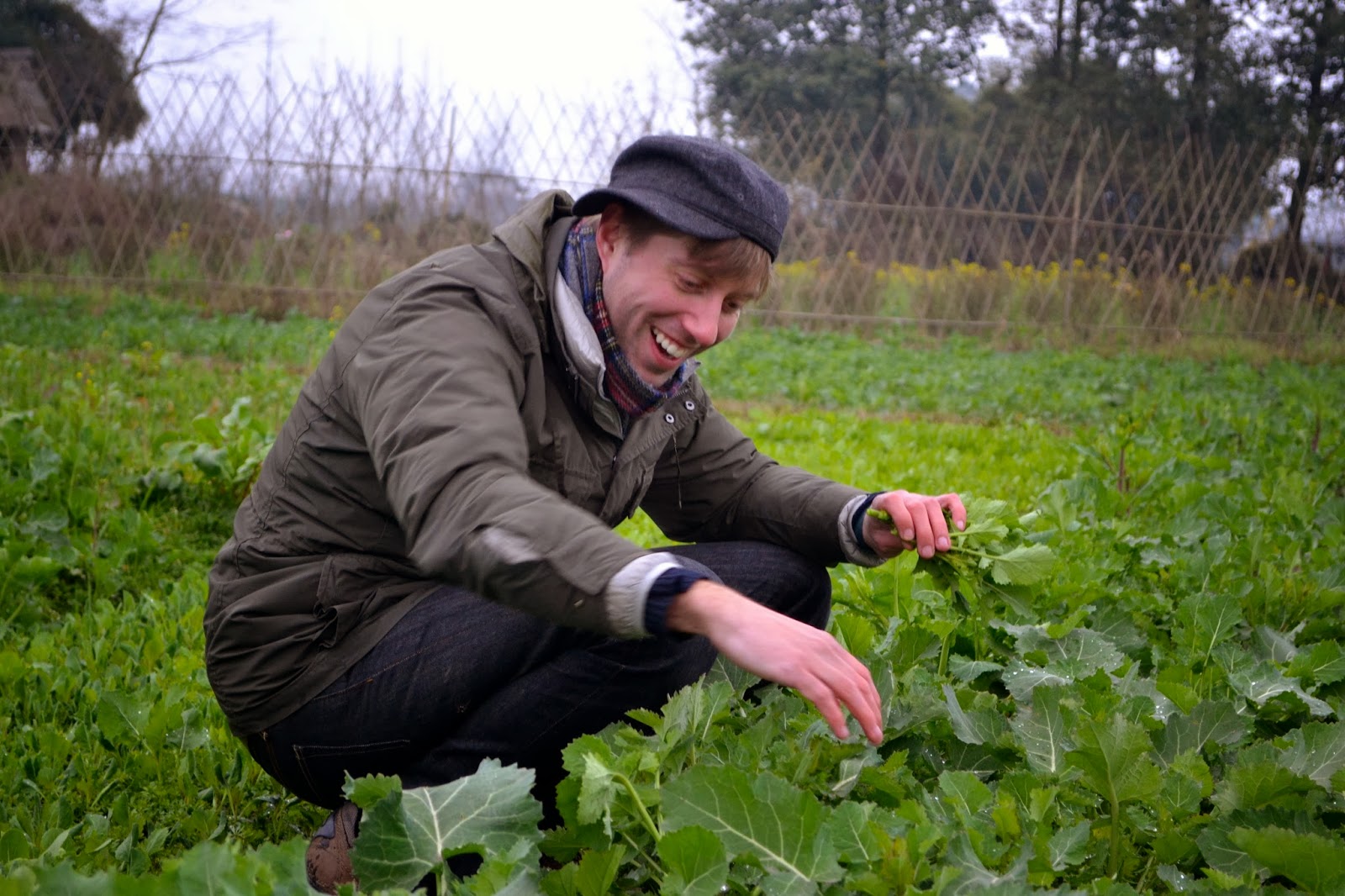 It must have been 40F outside. The leaves were wet. Hands red and burning. Raines is still jolly and adroit. 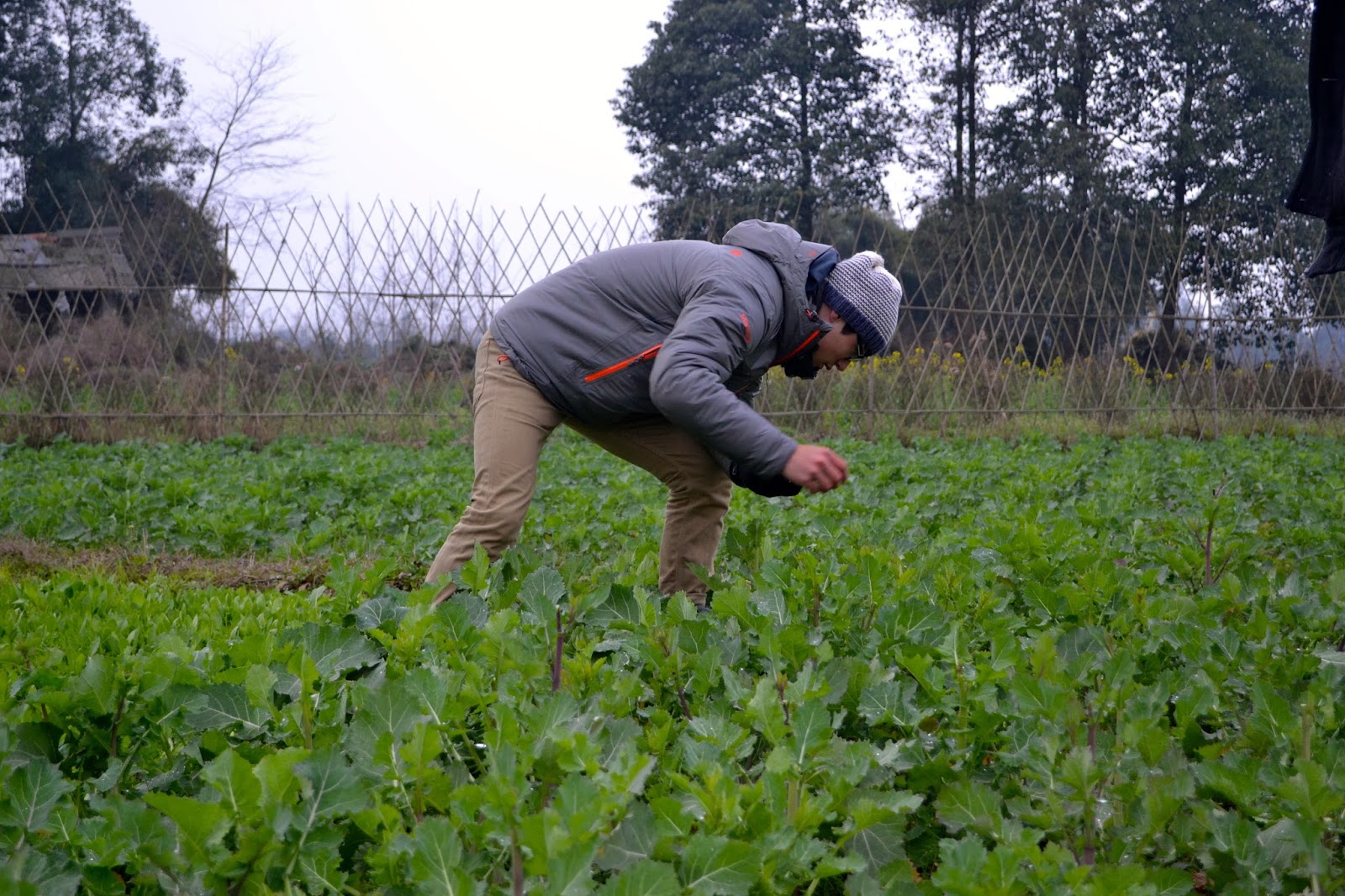 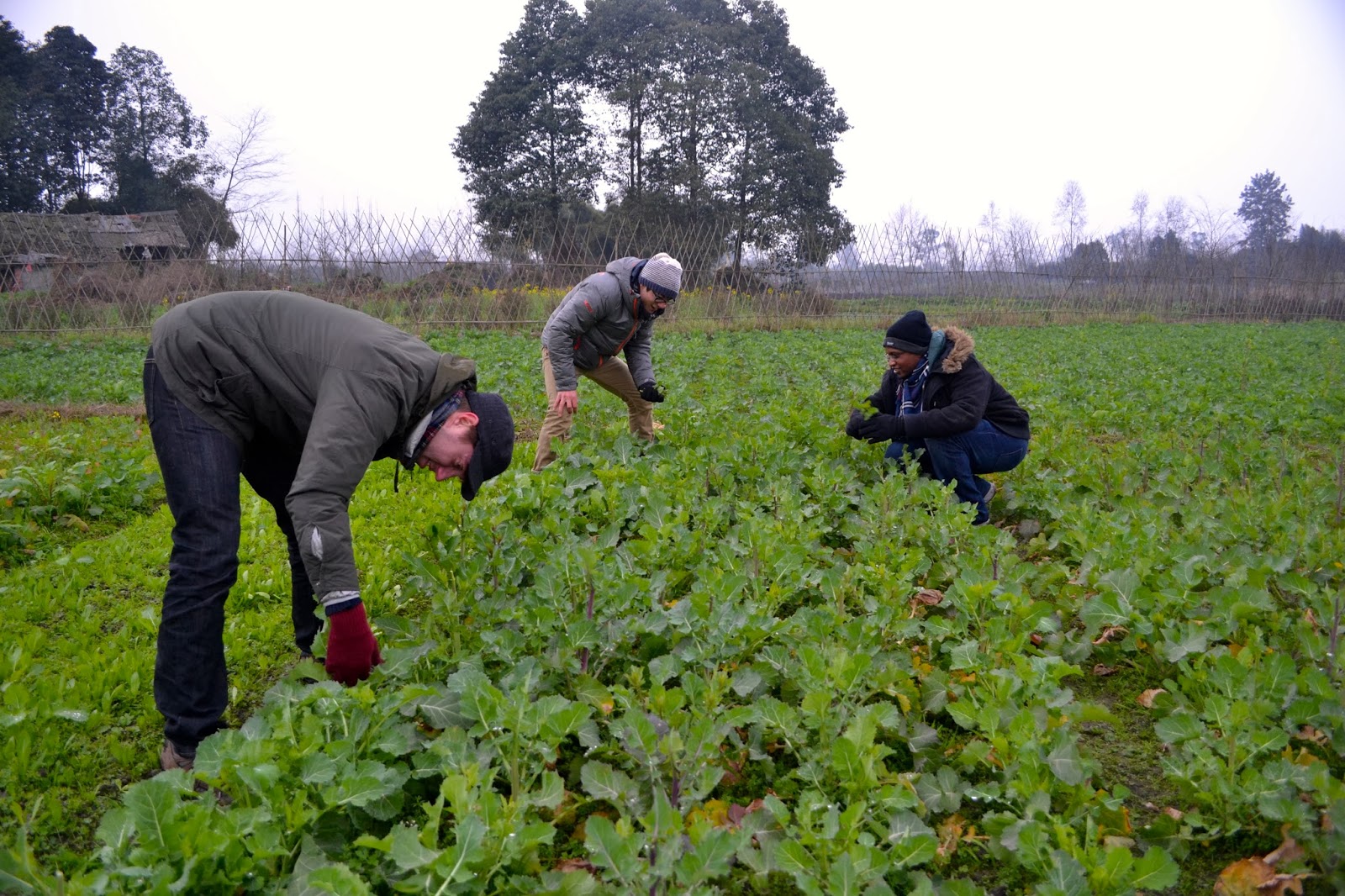 We picked, frozen digits, until dark 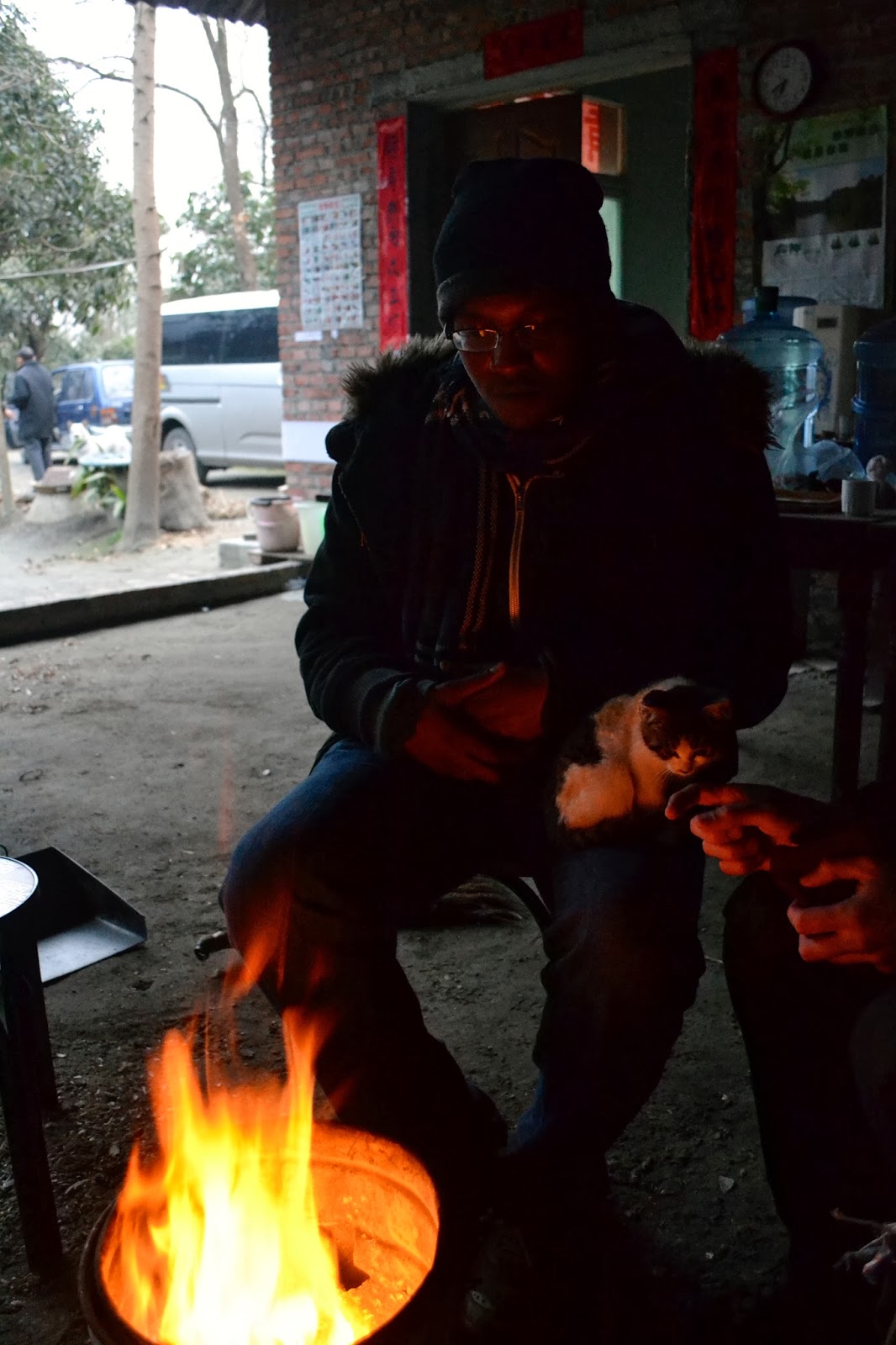 It was so cold I went to bed wearing everything that I arrived in. Even though the heat doesn't work in my apartment in Chongqing and I am accustomed to seeing my breath in the morning this was a whole new level of deep cold. We spent our morning sitting around the fire waiting for breakfast and a task. 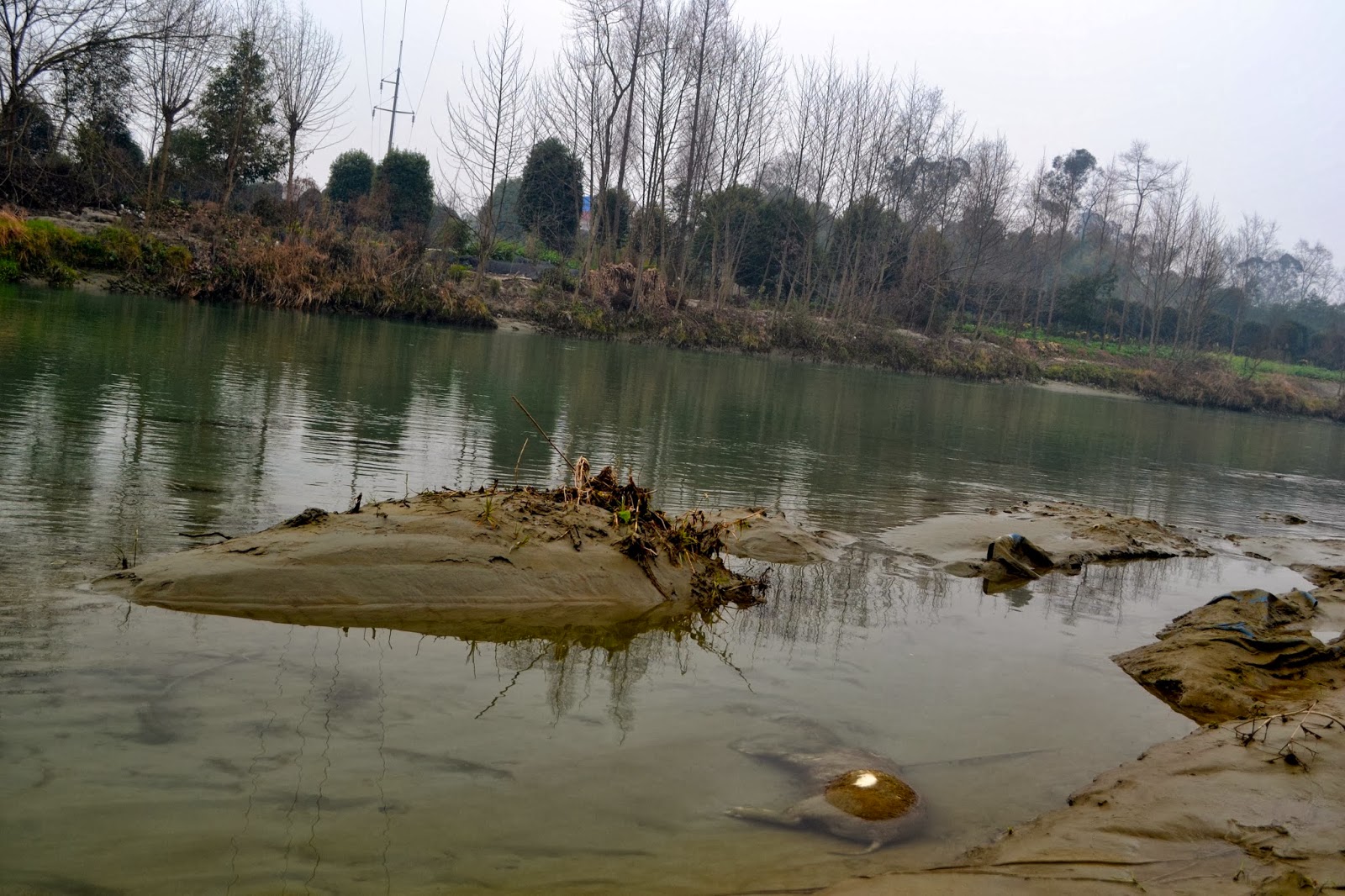 Farmer Gao waited to see if the temp would rise before he put us to work so we went on a walk. To the volunteers who planned on swimming in the river during summer Eco Camp, I apologize. 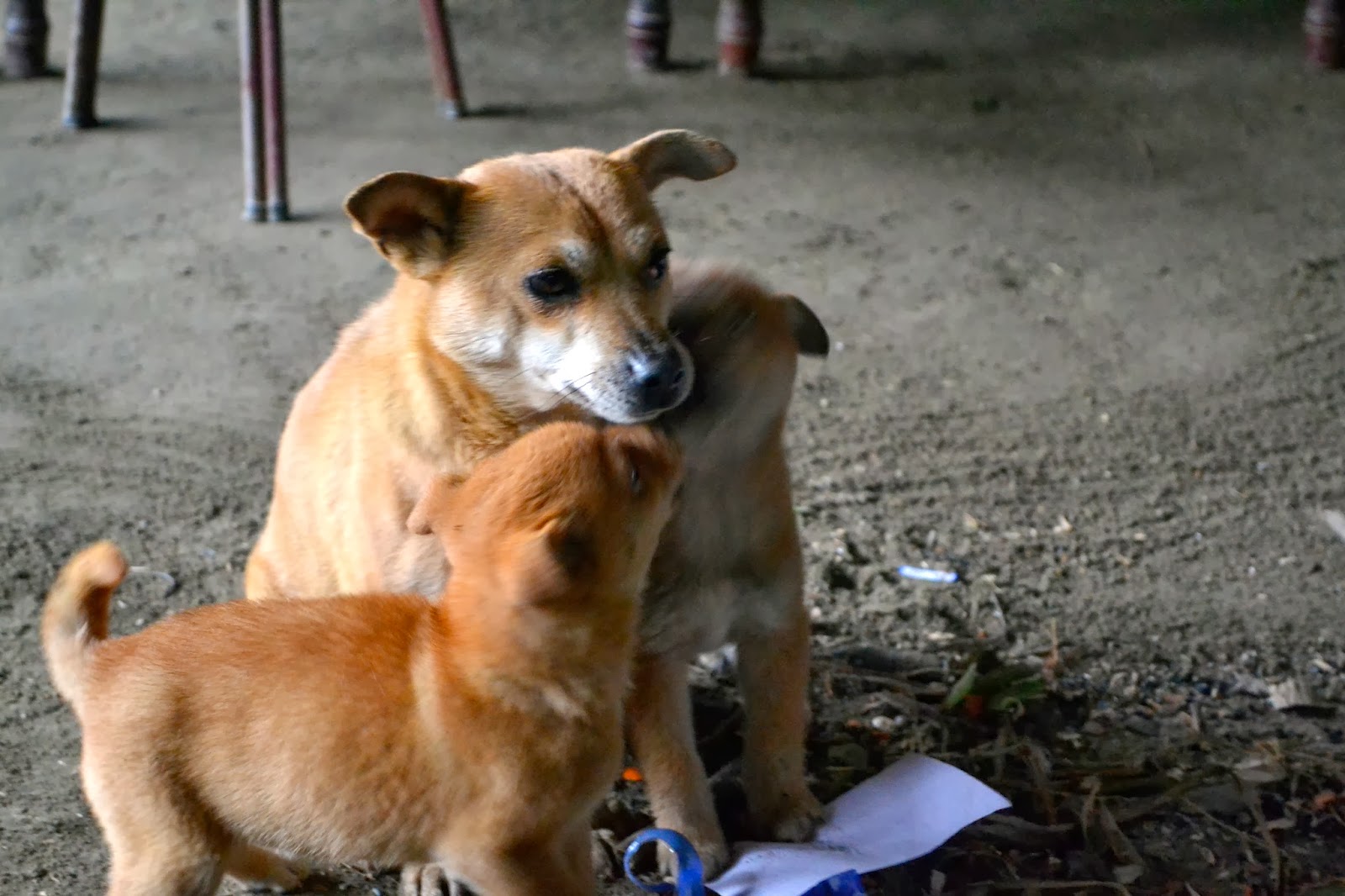 The momma above is called Tudou'r (Potato). The small potatoes don't have names yet.  There are many animals on the farm. One dog was named Xiao Hei (Little Black). Another, Xiao Huang (Little Yell'r), but we called him Butt-Head for physiological reasons. And a pet chicken with a broken leg, his name is Ji (Chicken). 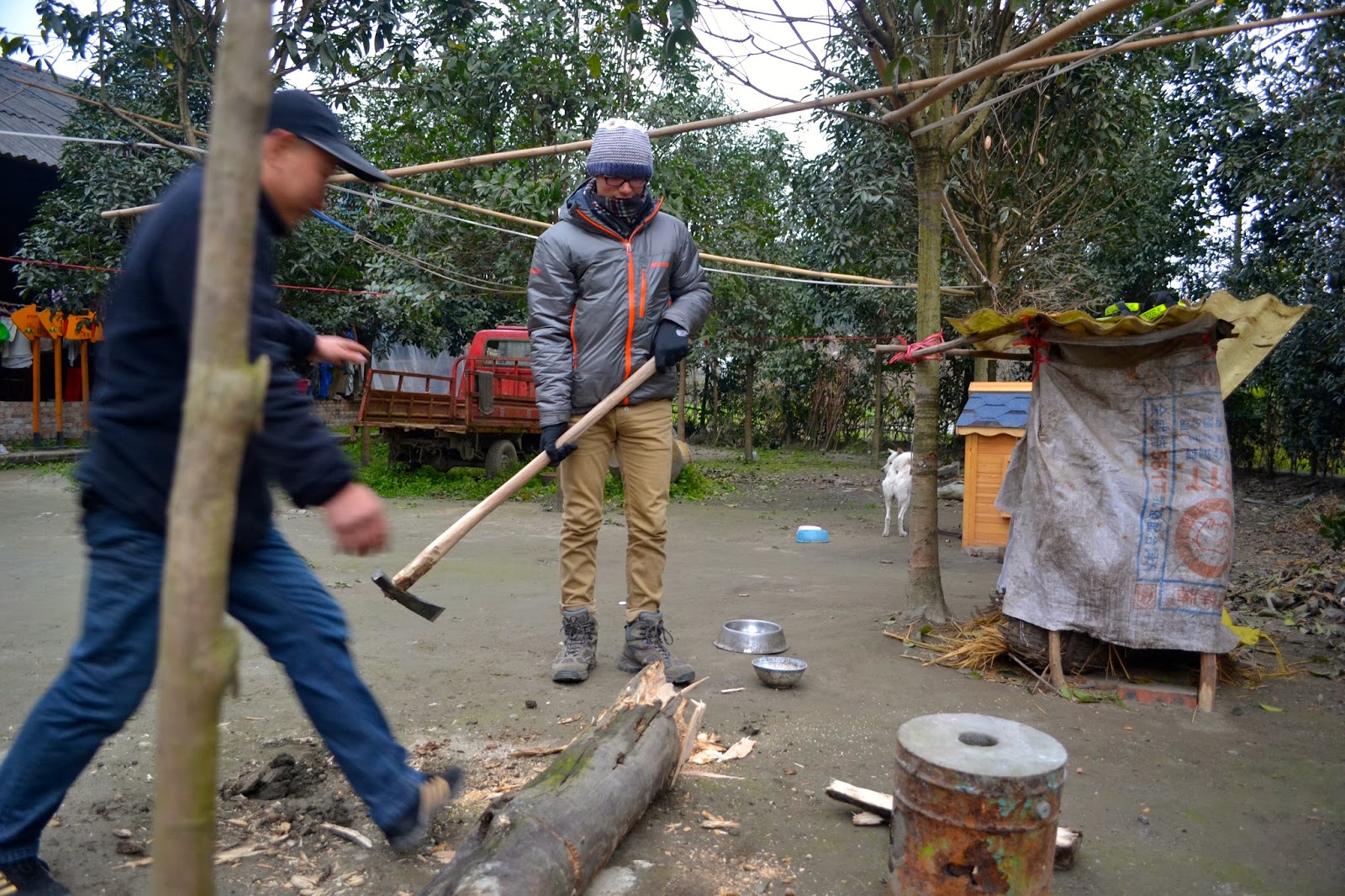 We ran out of firewood. 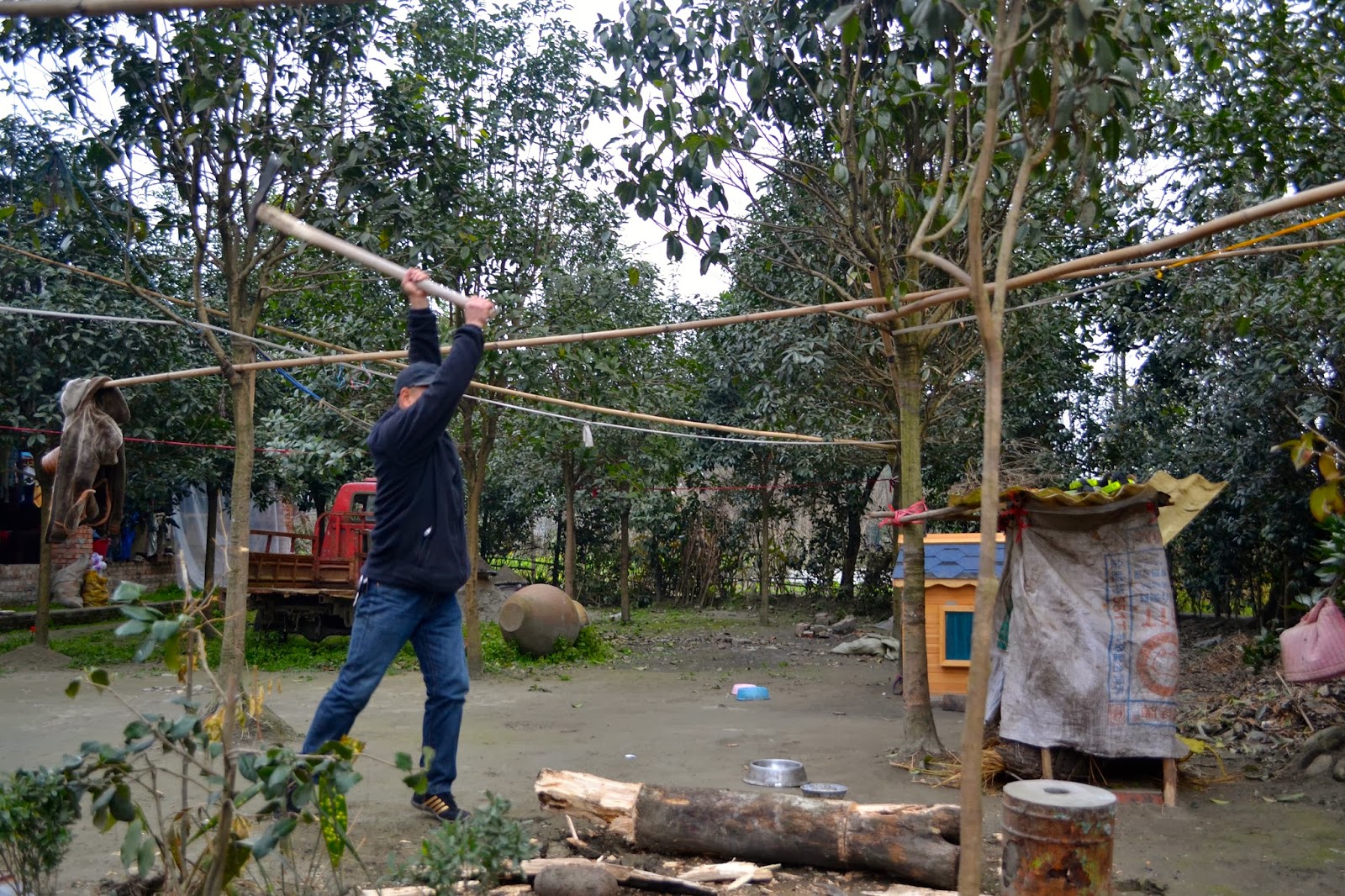 Farmer Gao showed us how it is done 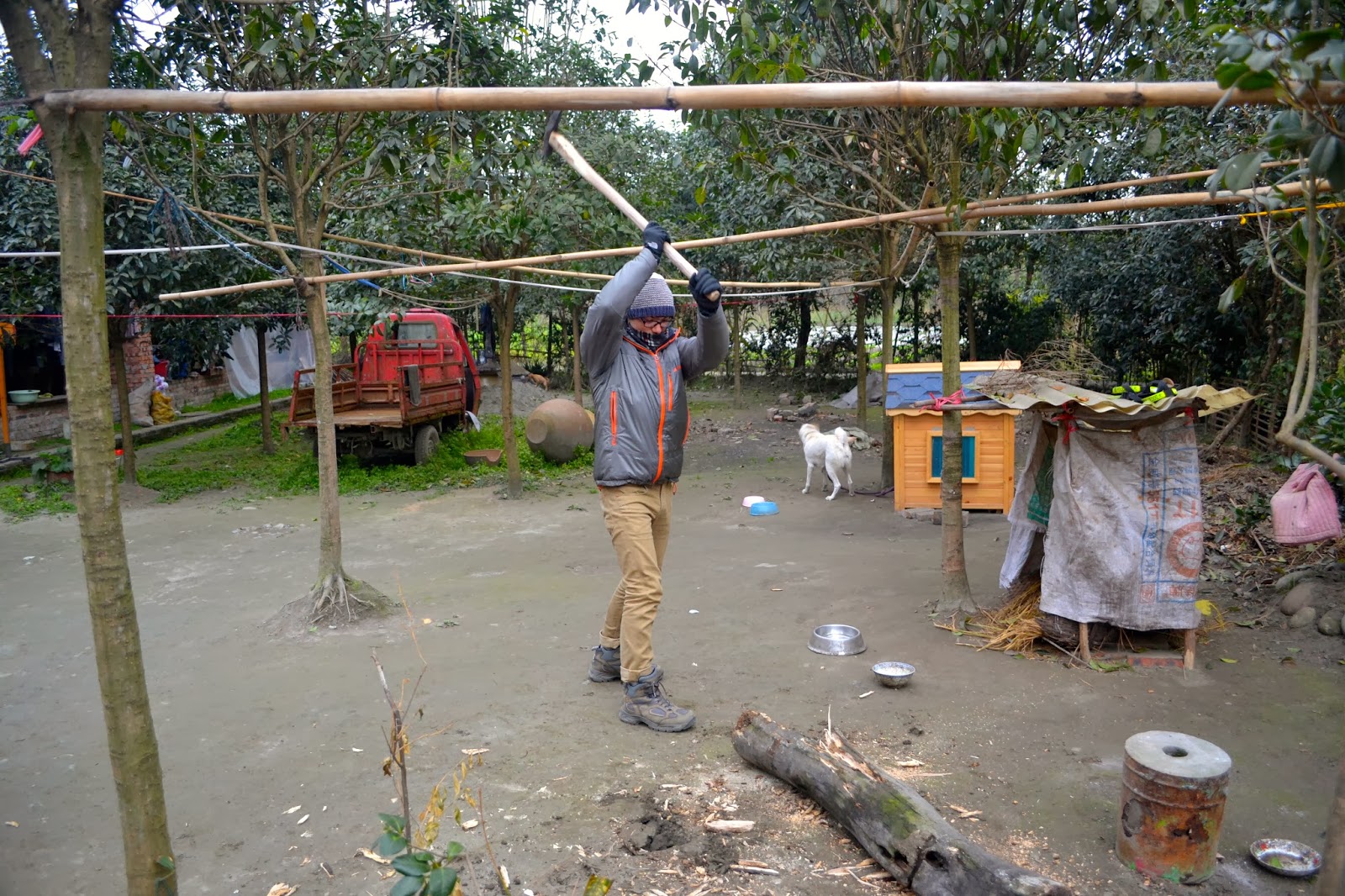 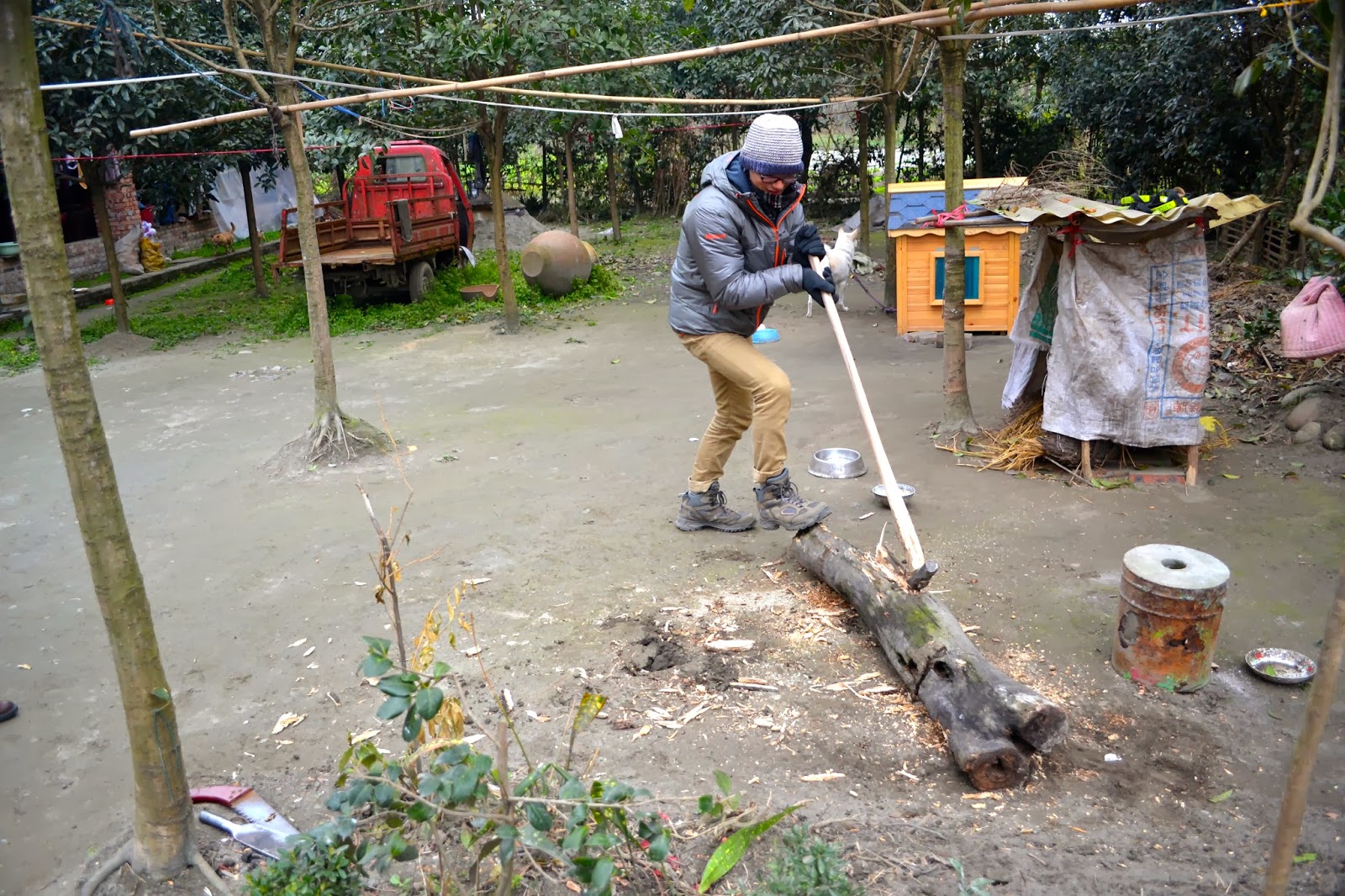 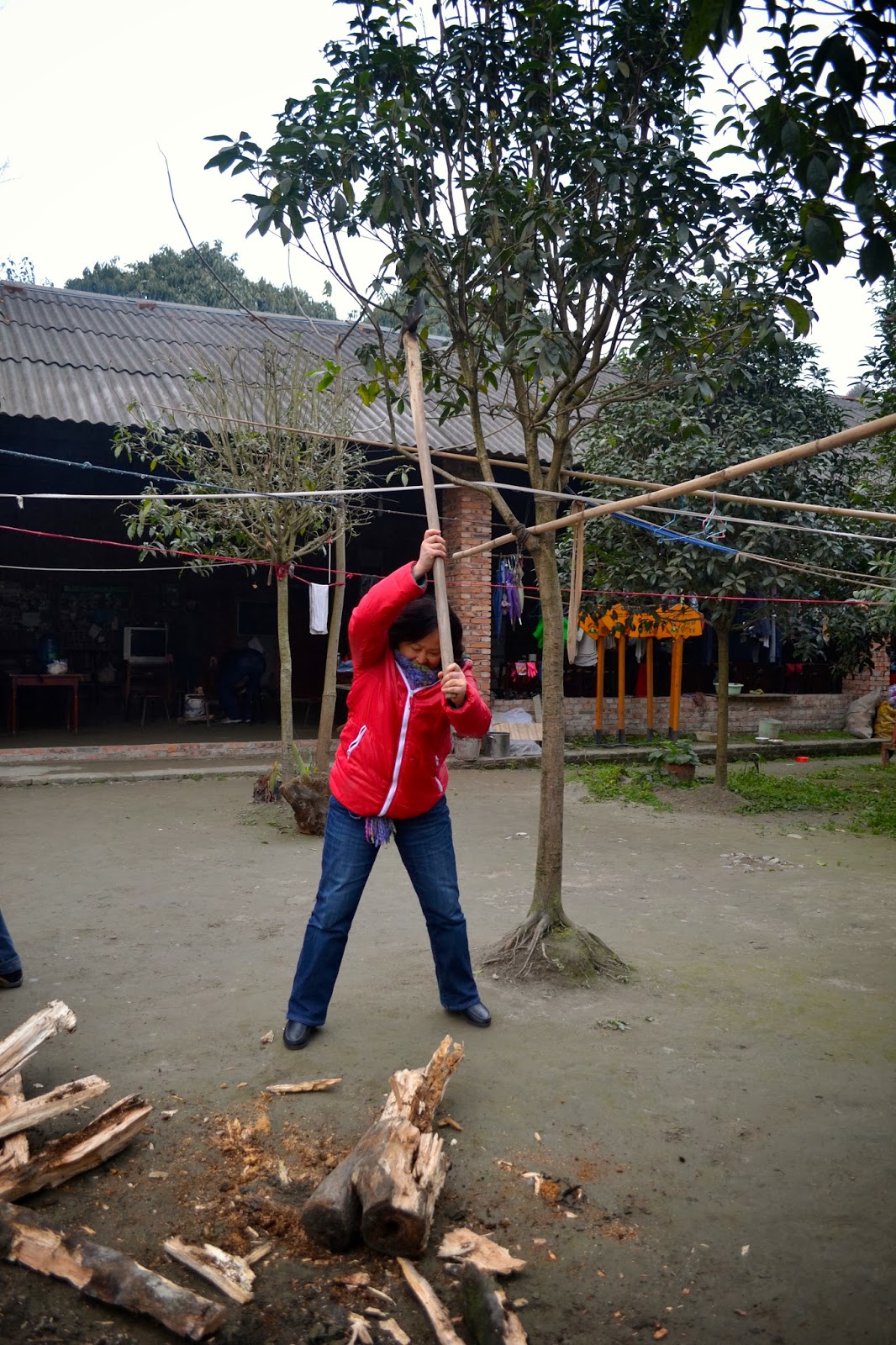 The PC Chongqing Province manager (my overseer), Sandy, and the Gansu PM came for lunch. 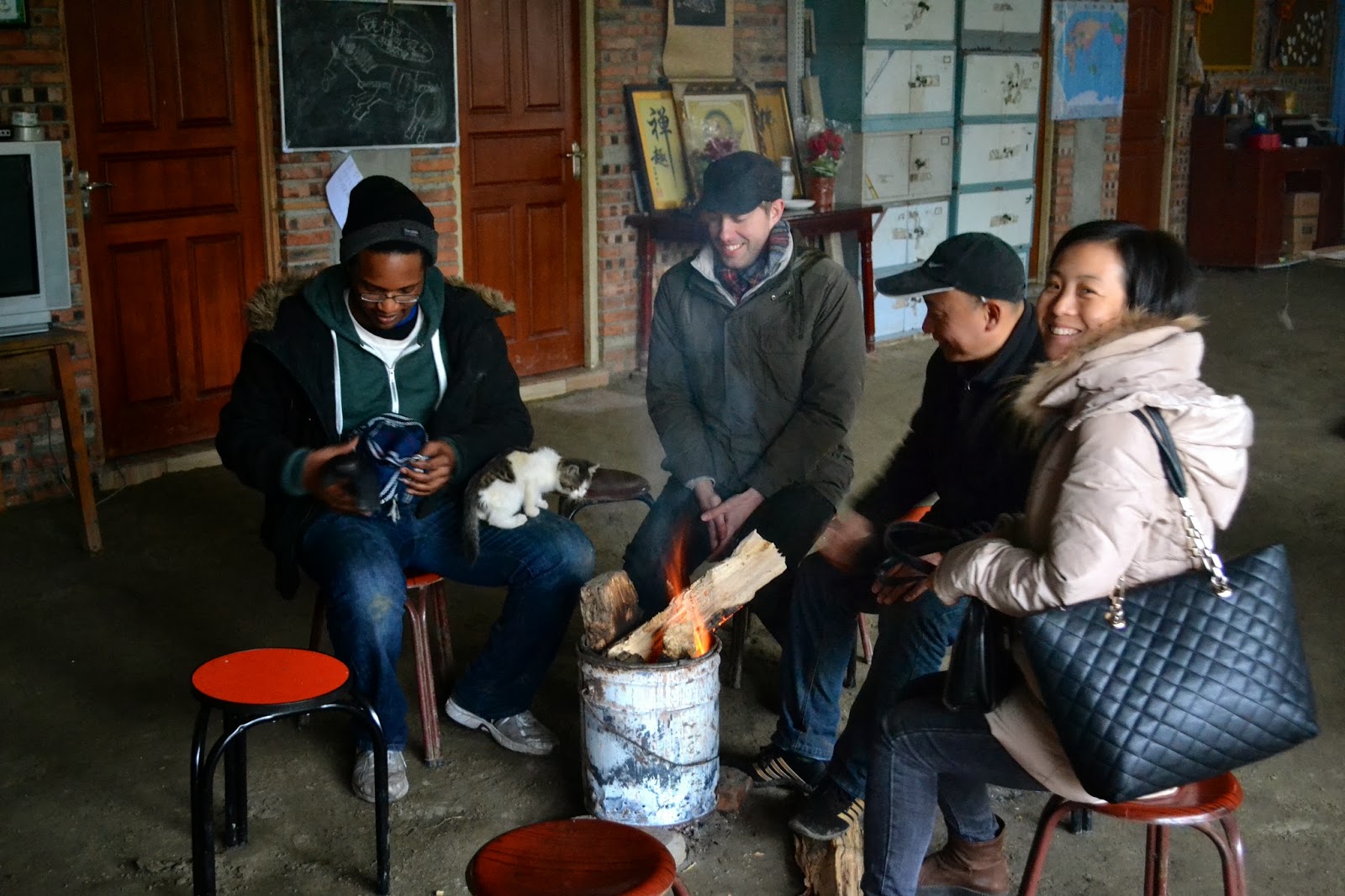 Siting around the fire waiting for lunch. The Gao family is vegetarian. Their food is some of the best I've had in China, definantly the best in Chengdu. I can't wait to get back and eat. 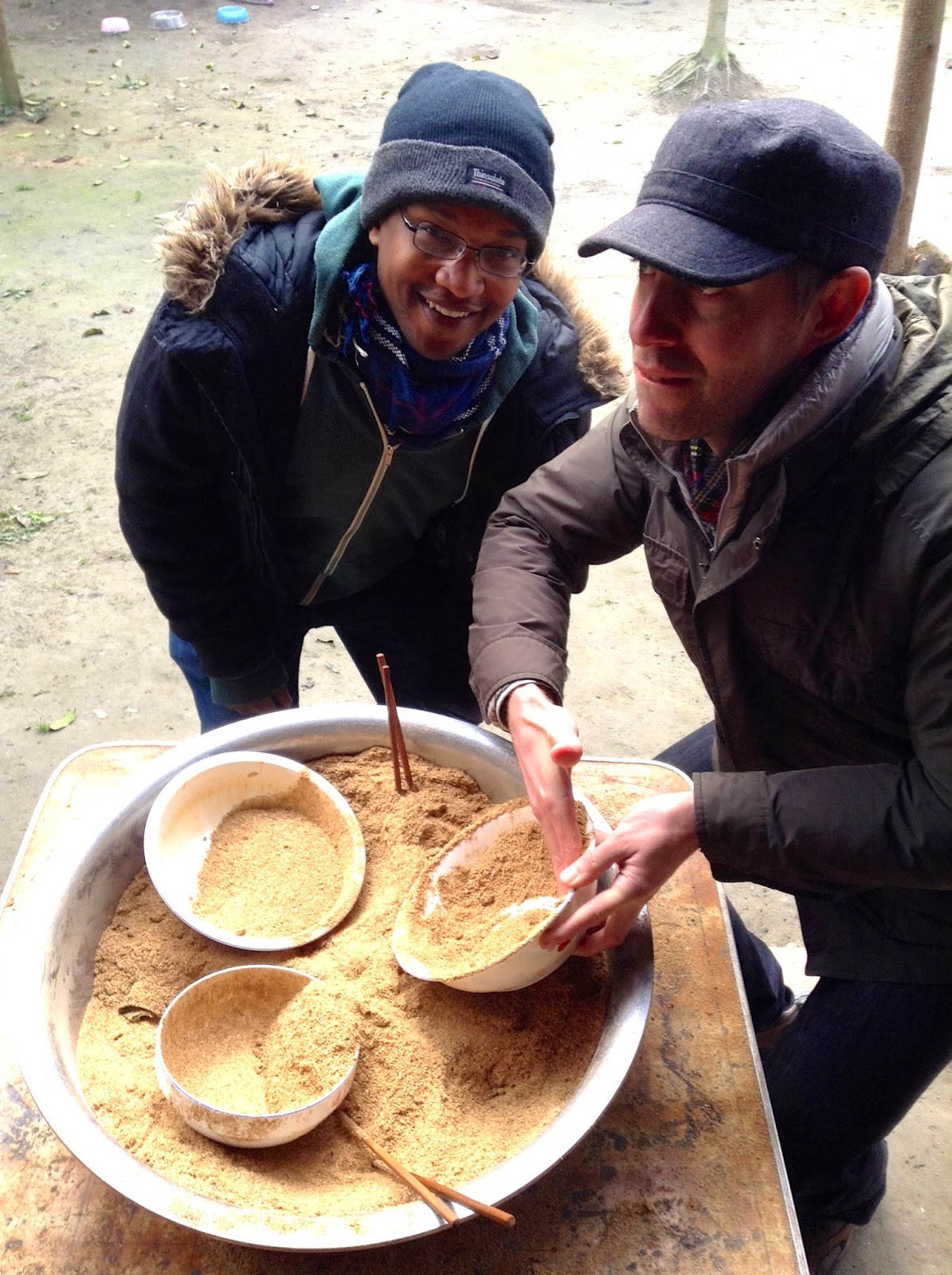 To reduce water consumption dishes are washed with sawdust. The sawdust absorbs all of the moisture in the bowl and is course enough to grind out any left food matter. 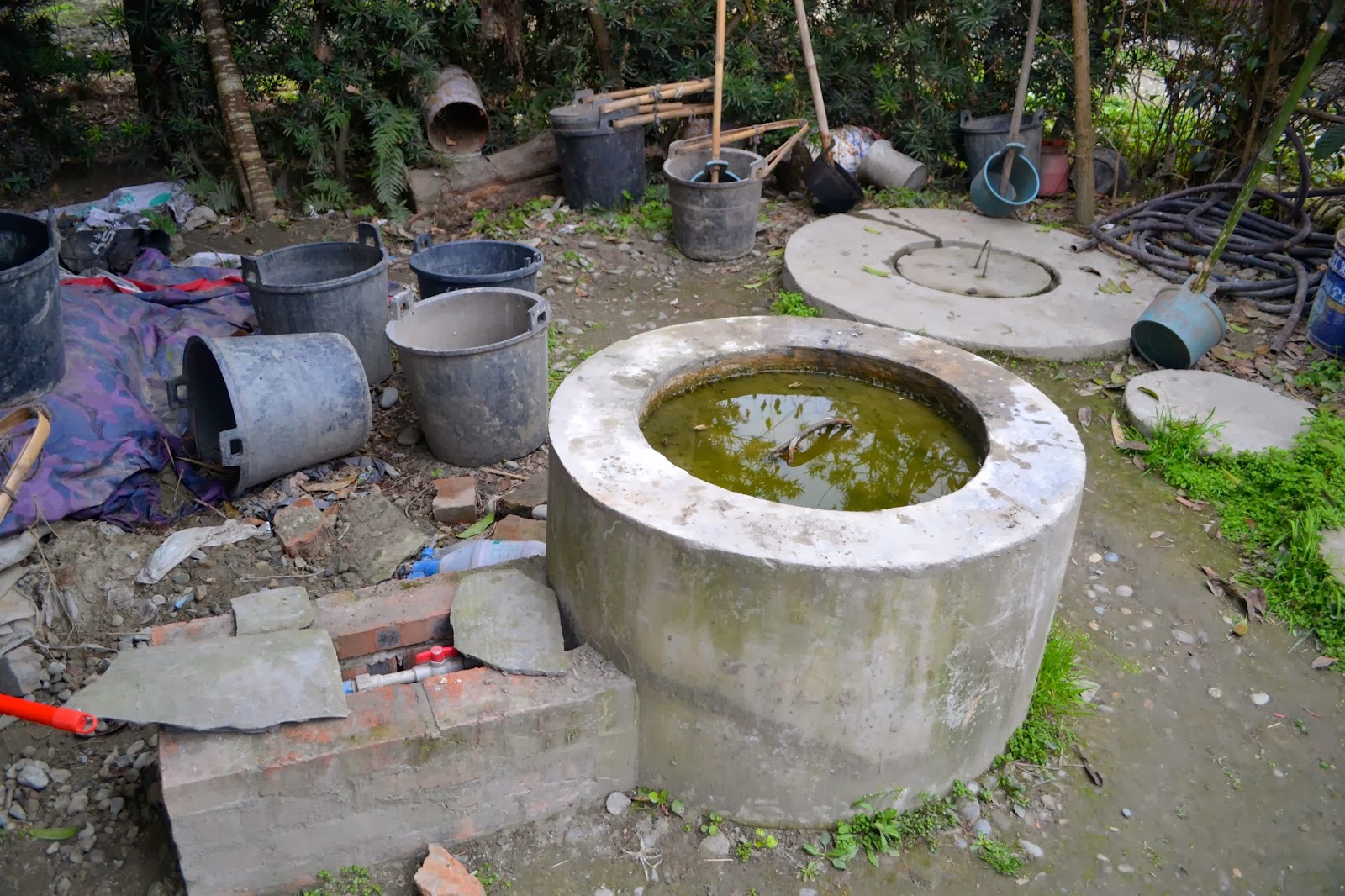 For me this was the most exciting part of the farm. . . This is the farm's gas system (Or as my mom mentioned to me, biogas digester). The concrete circle in the back is a fermentation chamber. If you look to the nice picture below, there is organic waste stored in a chamber below the four concrete slabs. As the waste decomposes there is water run off that is funneled into the fermentation chamber. As the water ferments it lets off a type of methane gas that is stored in the raised concrete chamber in the picture above. The little red knob turn the gas on and off. The methane gas is used to heat the shower and sink water. Fascinating, right?! 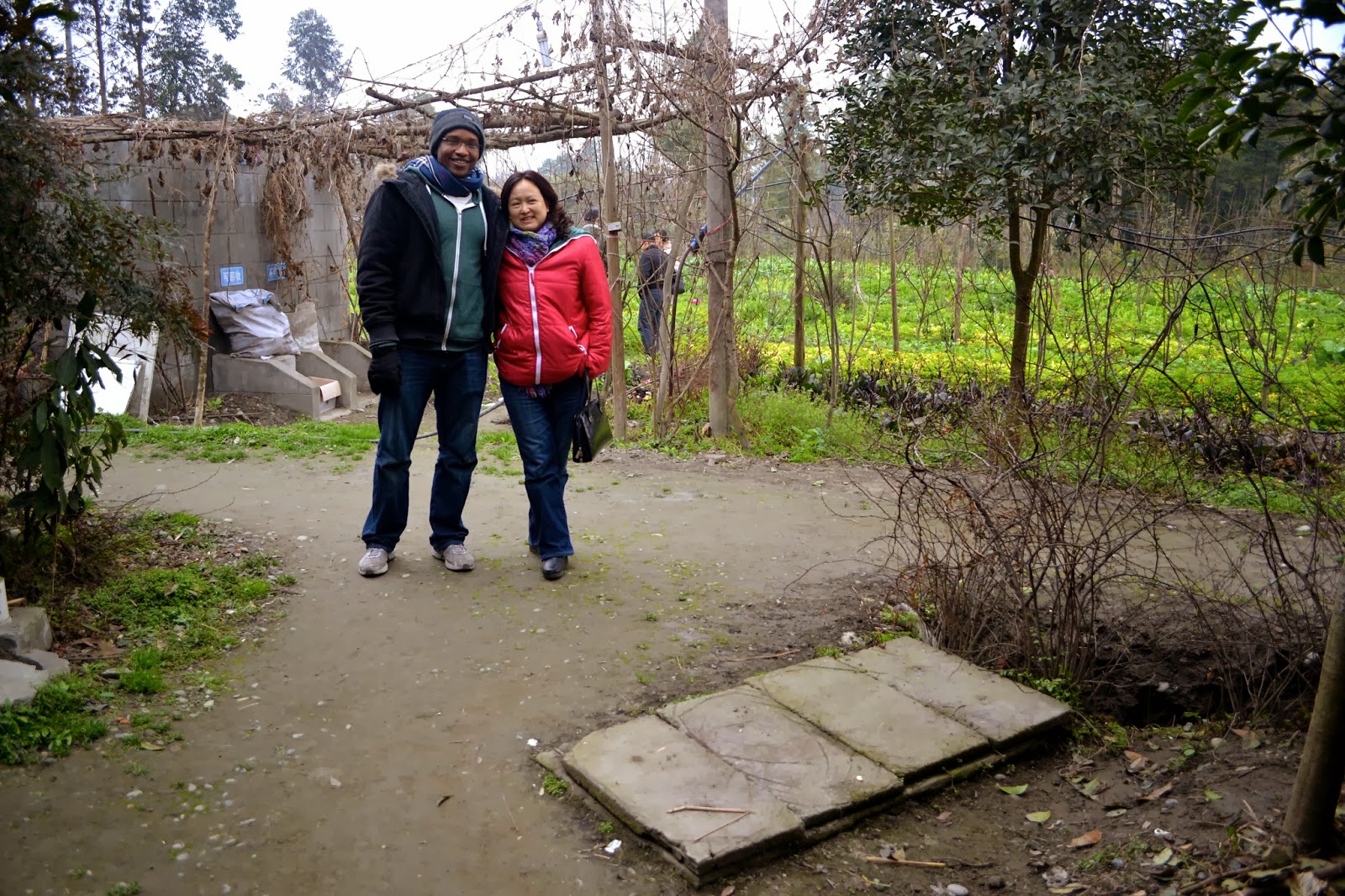 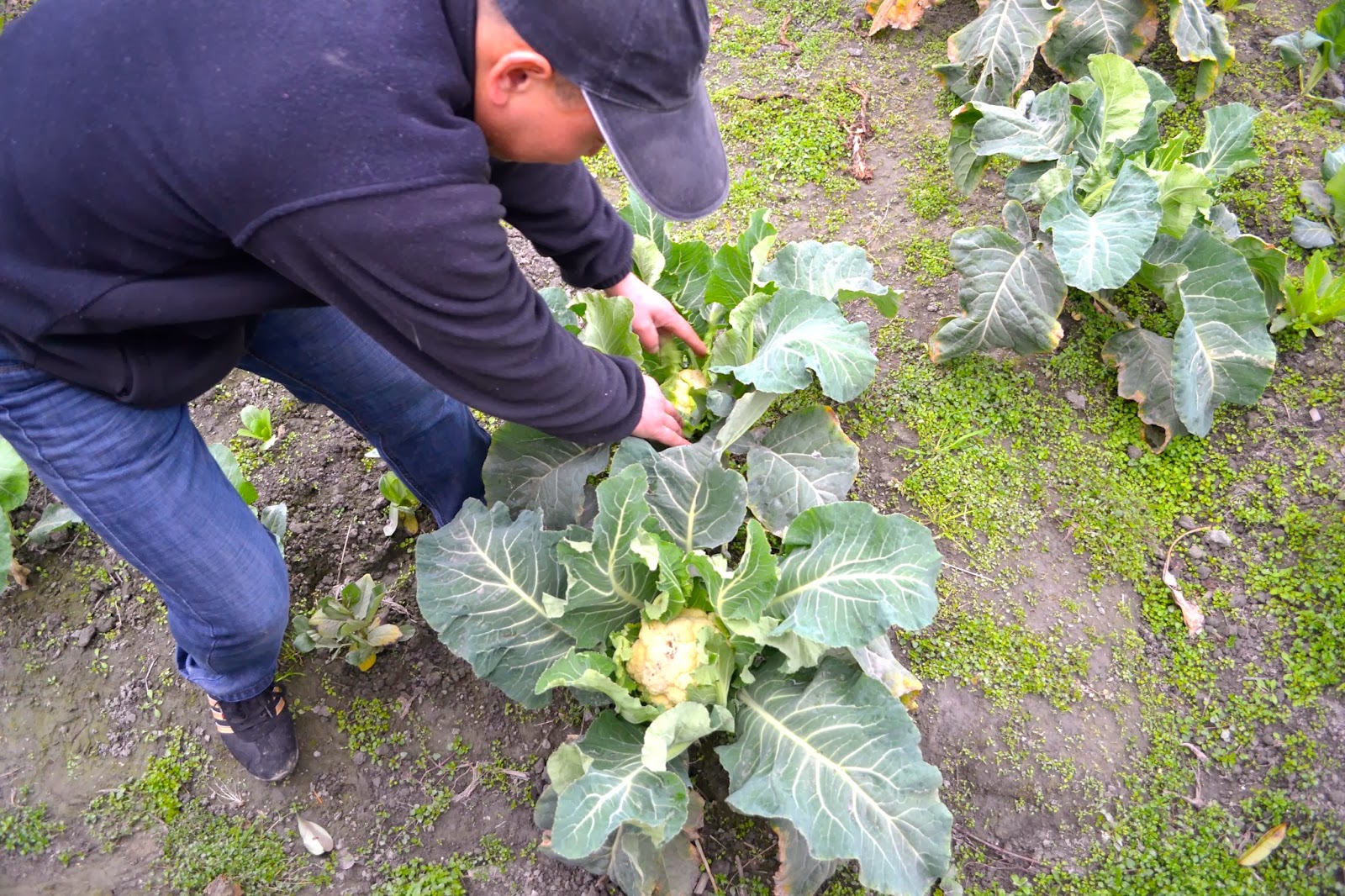 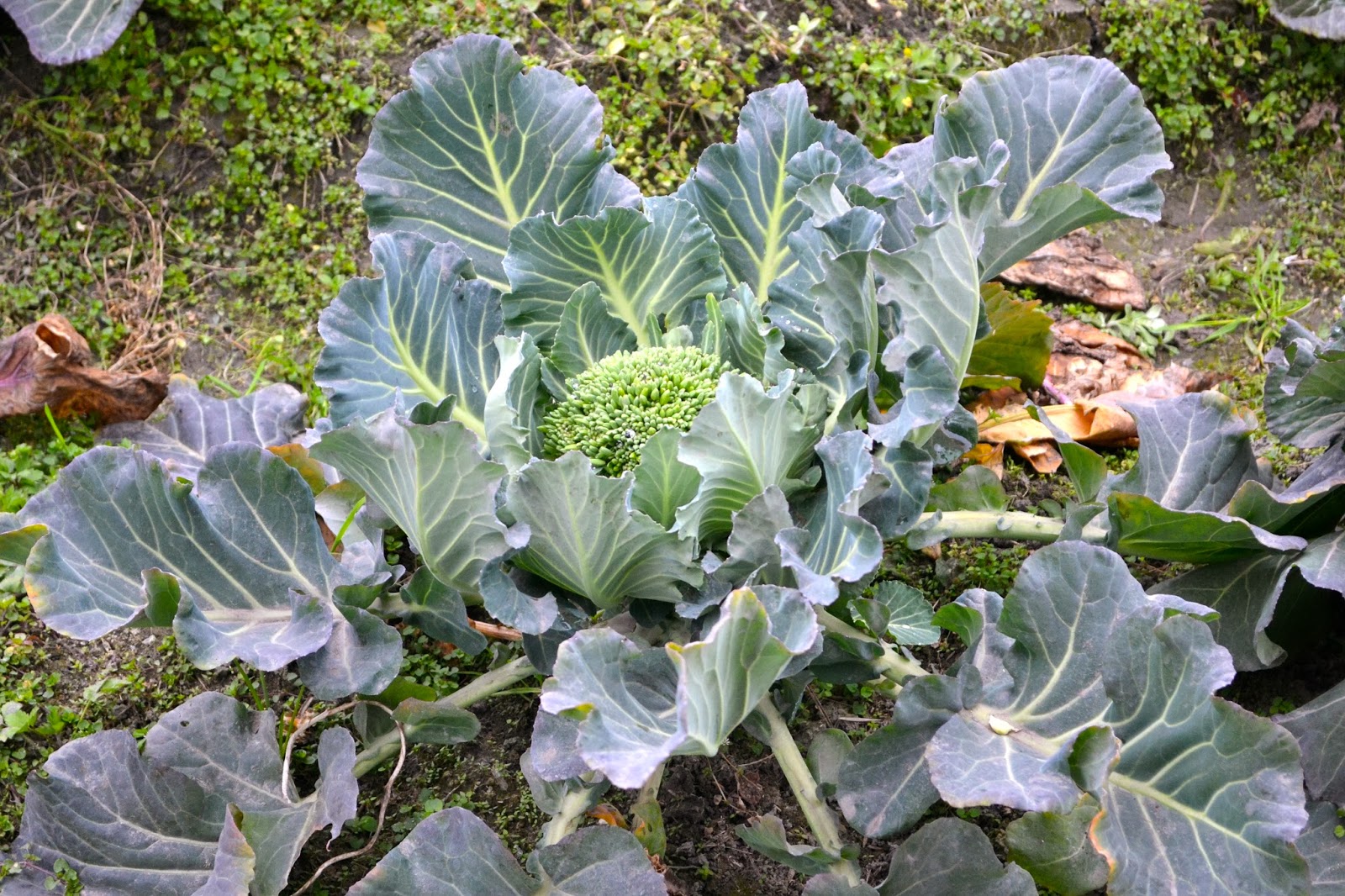 Broccoli above. If you are wondering why broccoli and cauliflower grow similar leaves it is because broccoli is the child of cauliflower and the green pea (I think . . .). 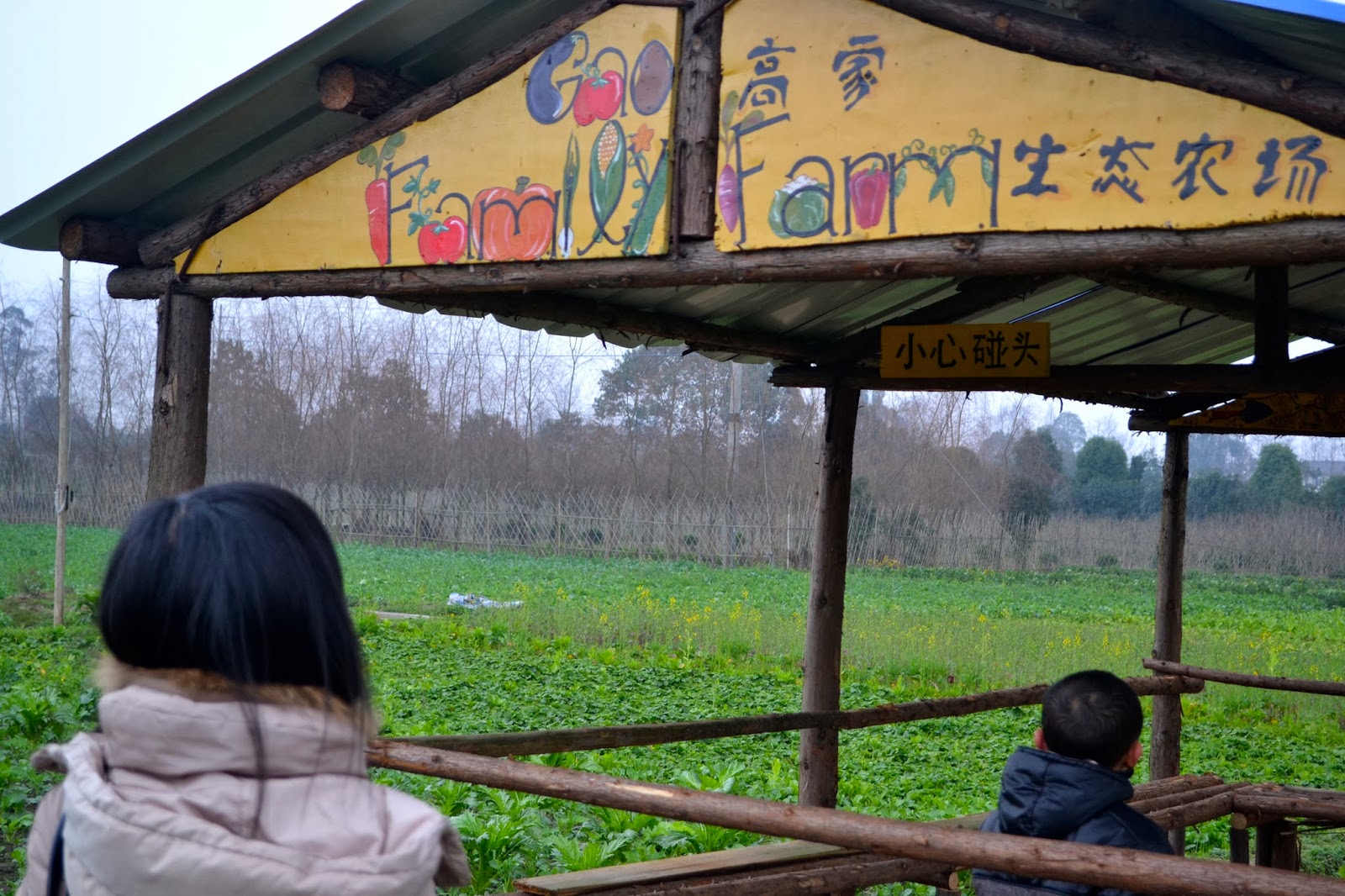 This structure was built and painted by some brilliant volunteers during the winter pilot project. There is even an electrical outlet tucked away in the ceiling. 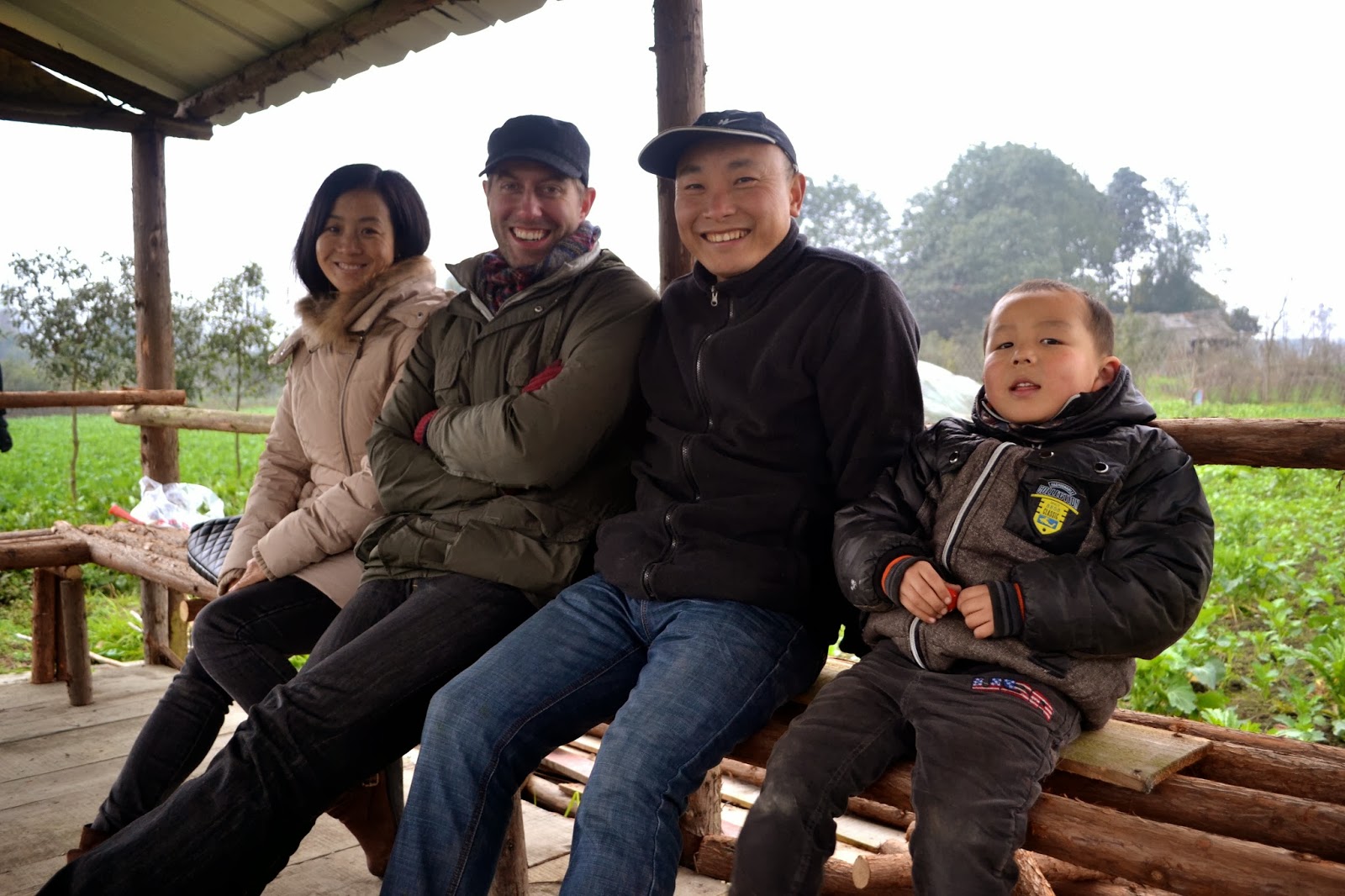 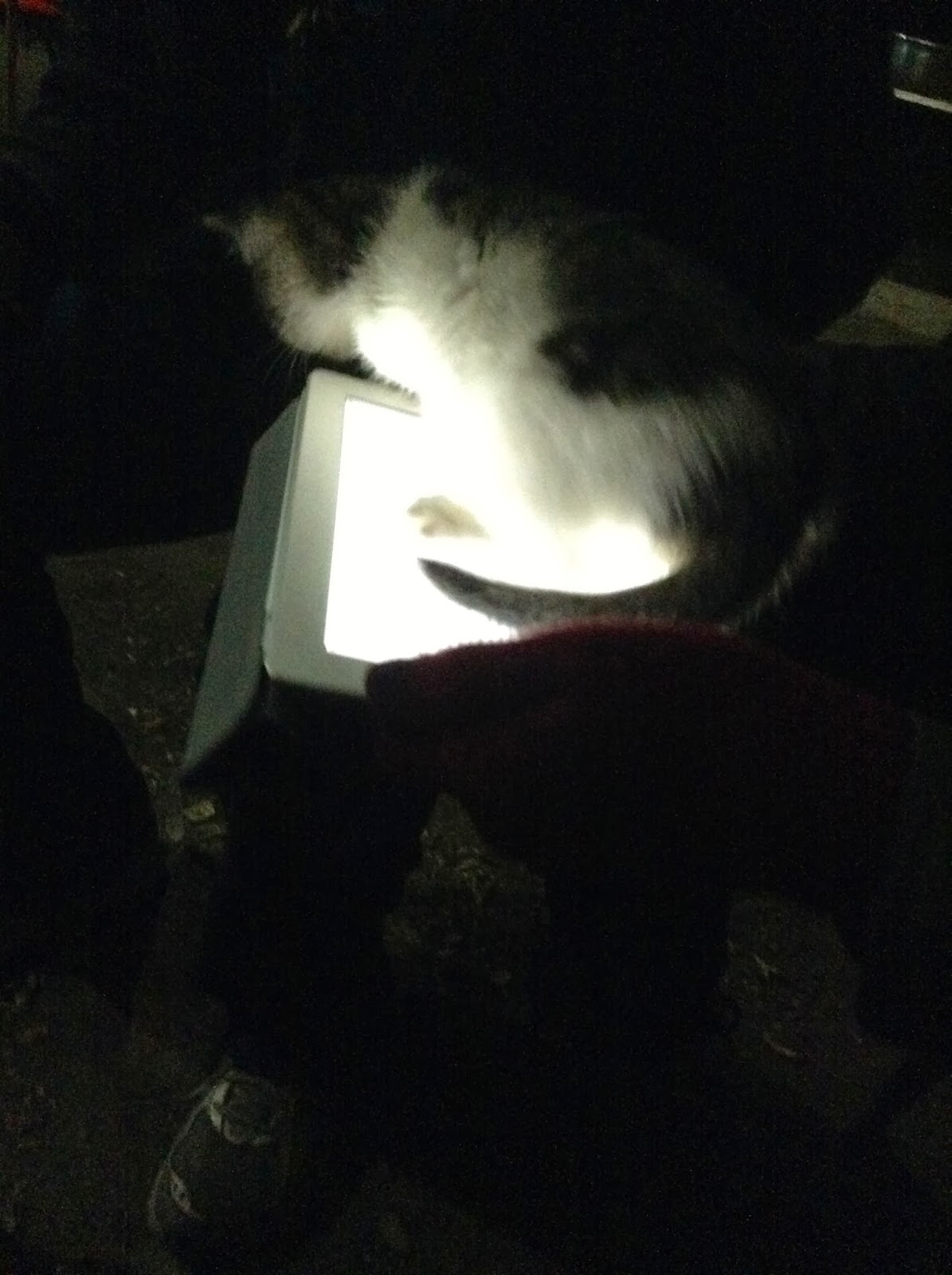 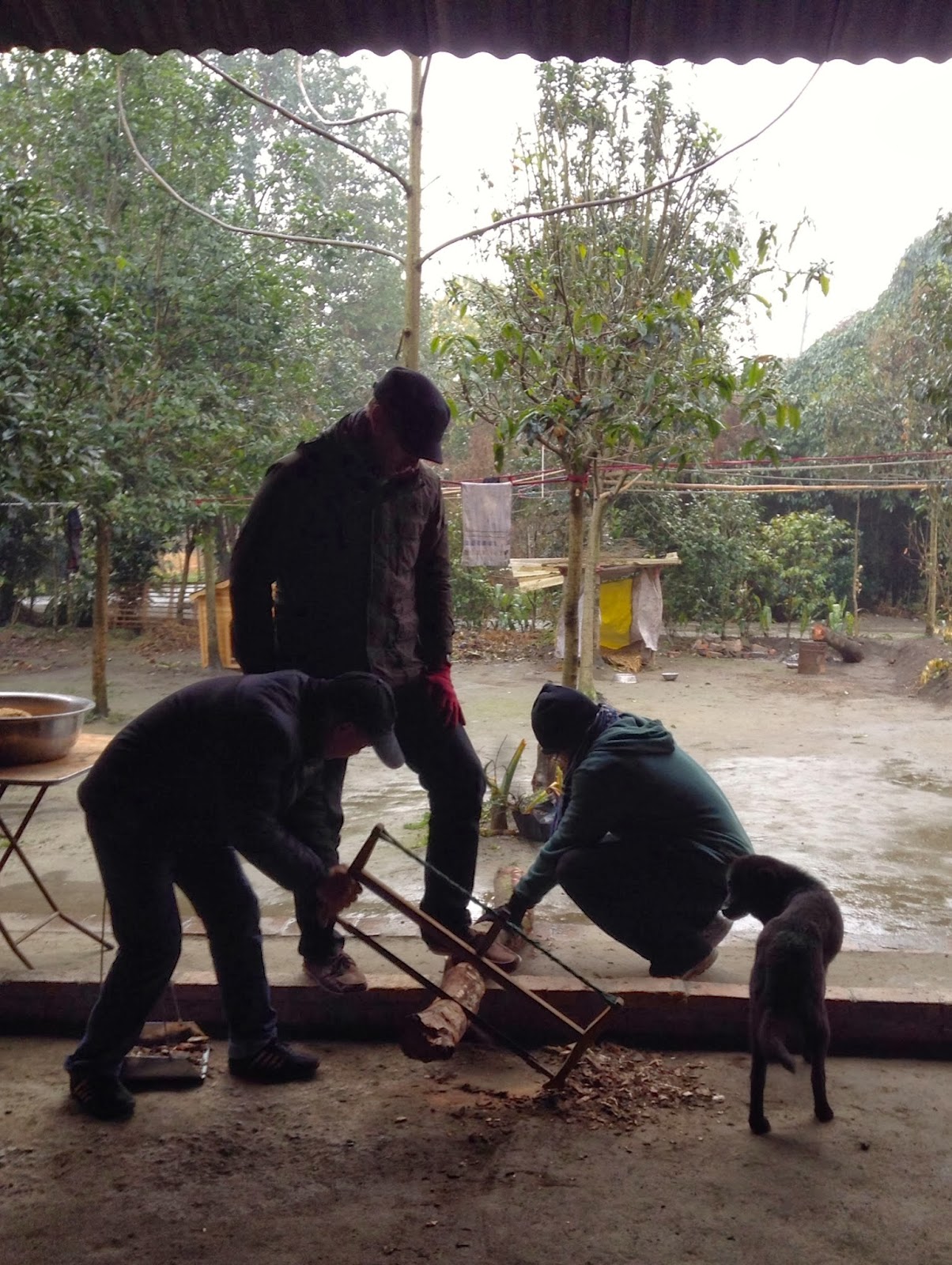 In the morning there was rain, sleet, and snow. With high humidity and the temperature dropping below 40F it was too cold and wet to work. The following day's forecast was dismal. Since working conditions were not safe, we opted to leave the farm a day early. Even though we were frozen for two days straight, we honestly made the best of our time on the farm. All laughs, smiles, sarcasm, interpretations, and singing in temperatures some may have broken down in tears. I am so fortunate to have shared this experience with Raines and Shawn. I know we are now much closer because of it.