May Day: Qinglong Waterfall and Cave 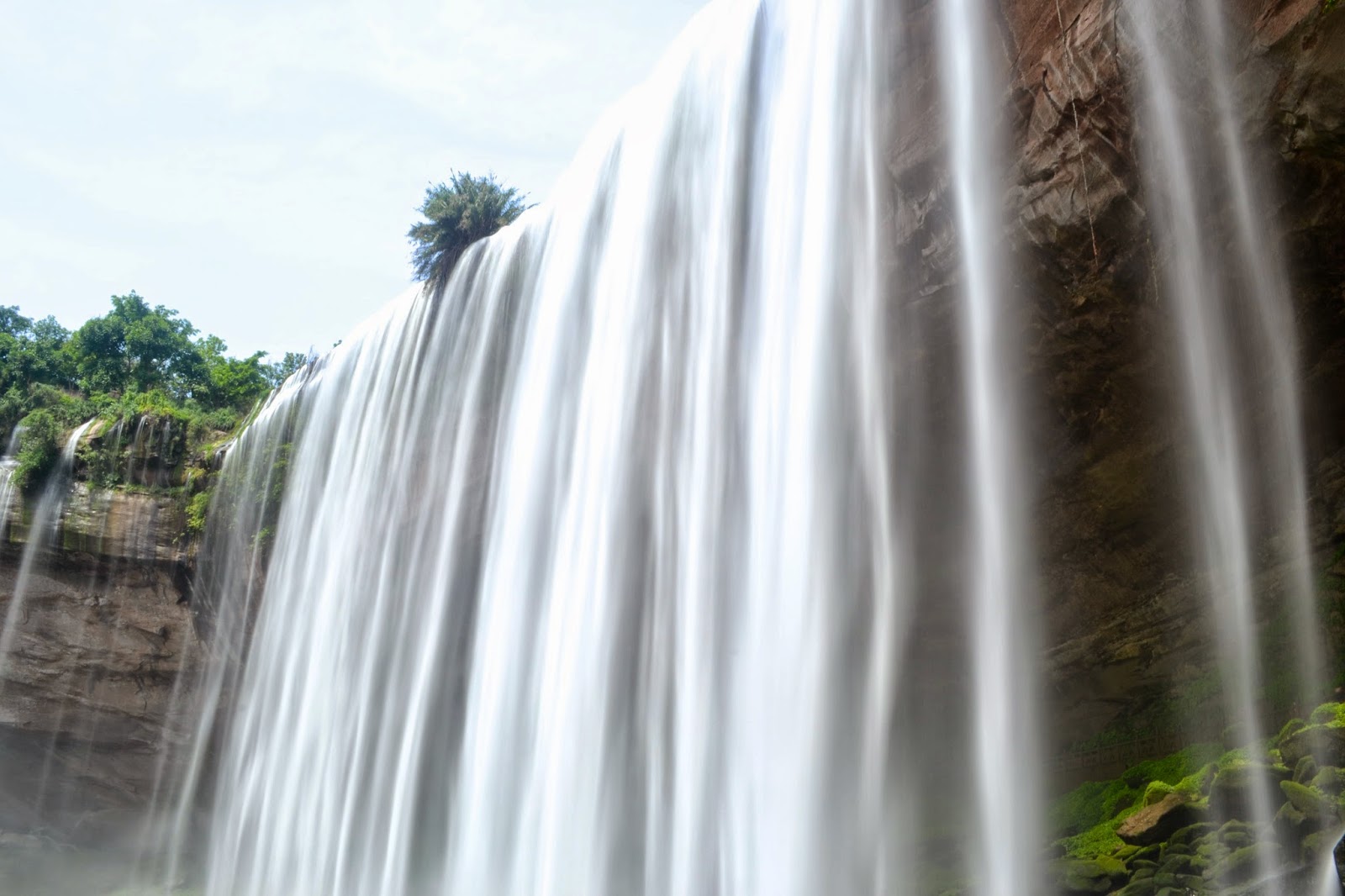 To celebrate May Day, one of my students invited me to join some of his classmates on a trip to Wanzhou's Qinglong Waterfall (actually, he is not officially a student of mine, but a student that comes to most English related events). When I left my apartment at 8am I thought the plan was to take a public bus to Qinglong, have lunch, and then go back to campus.

As things usually go here, I don't ever really know what is going on. After the students showed up an hour late, I discovered that we would be taking a private van (essentially, a dented tin can with wheels), and there would not be three, but seven students and myself. A half day stint ended up being a 13 hour trip. Even though I am entirely opposed to China's Disney World tourism development framework and hate participating in it, I had a great day with the students. As our van hobbled along backroads in south Wanzhou County, with a student's cramped elbow making frequent jabs into my ribs, sun and clouds, I realized that this was probably one of the best days I've had in China. This only reinforces the idea that quality travel is not about the activity or destination necessarily, it is about the people you are traveling with. 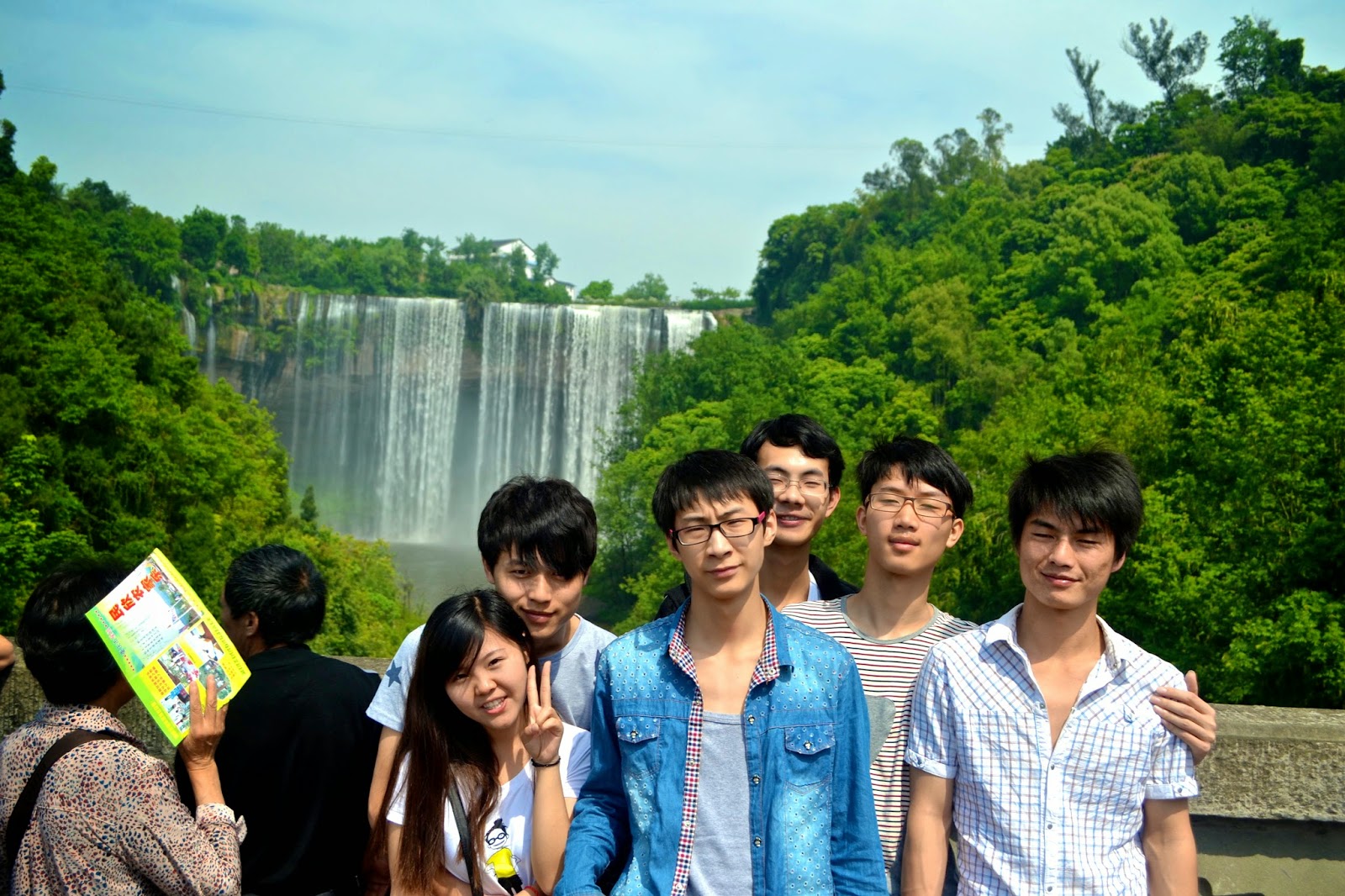 They are all art students at my college. Even though they did not get to choose their major, you can tell that they all enjoy their field. And, yes, I think art students in China, like in the U.S. have something different about them. Yes, they smoke too. Those boys must have smoked at least six packs together 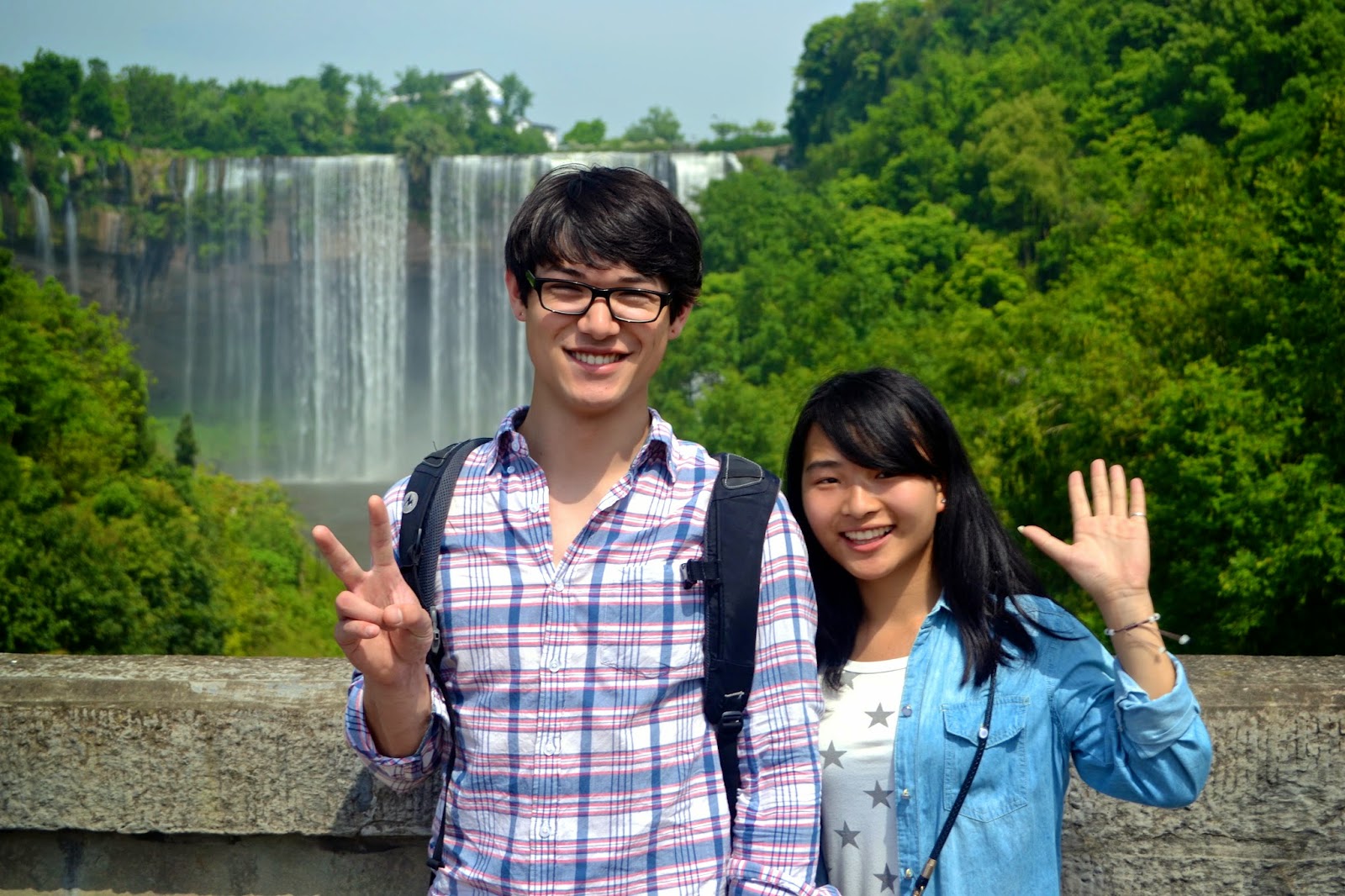 Floorie and I. She is one of my Tourism English majors. If the cosmos shift in our favor then I will teach her class for the two years of my service. There isn't a dull soul in her class. When I asked them what they wanted or wanted to be after graduation some said: super model, Lady CEO of hotel chain, children, to protect China's natural environment, a house for entire family, and super hero. She came along for the trip (And, I think one of the boys is trying to romance her . . . shhhh) 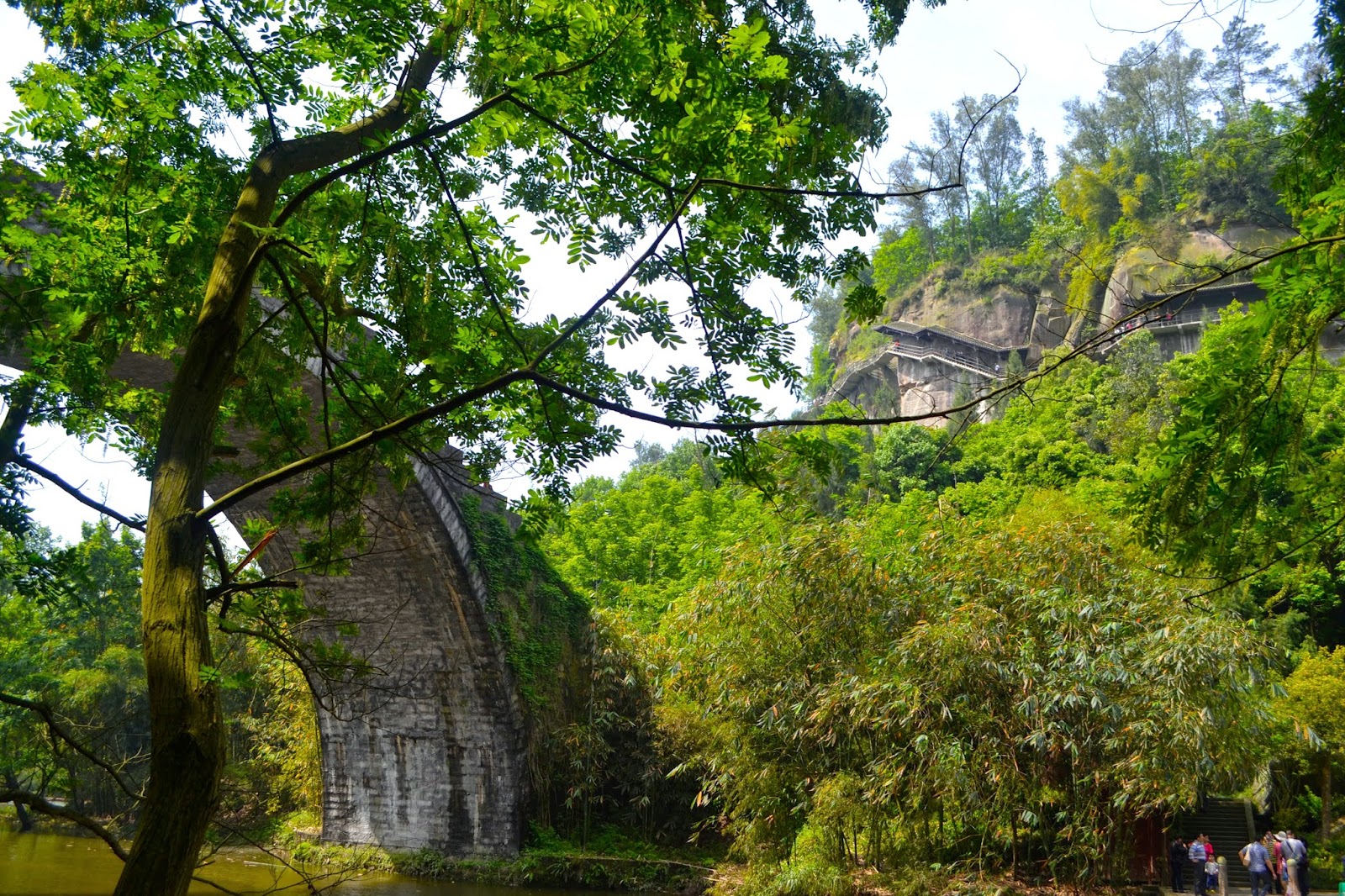 A park sign claims Lu An Bridge was built a century and a half ago. I am not convinced of An Lu's age 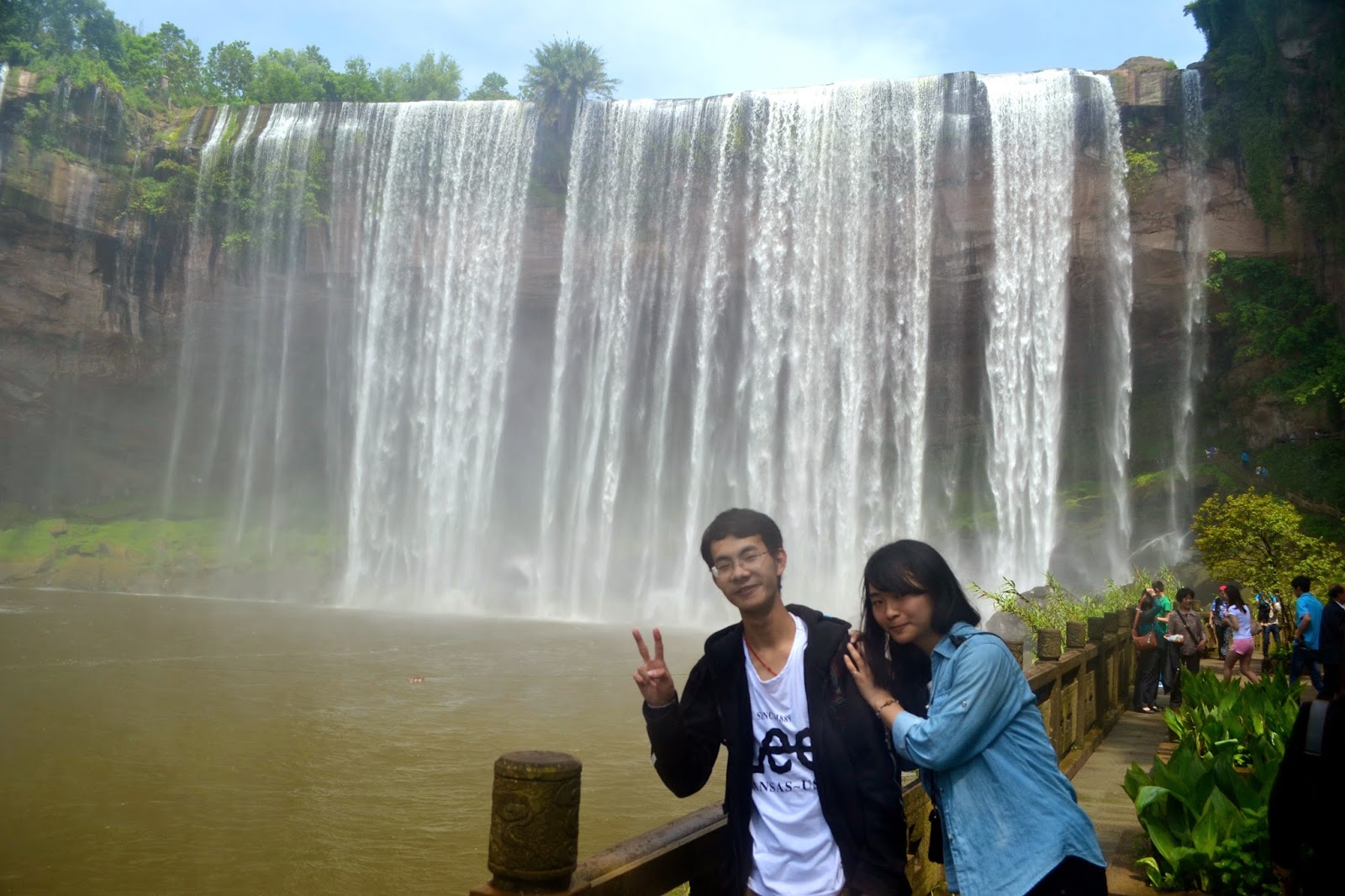 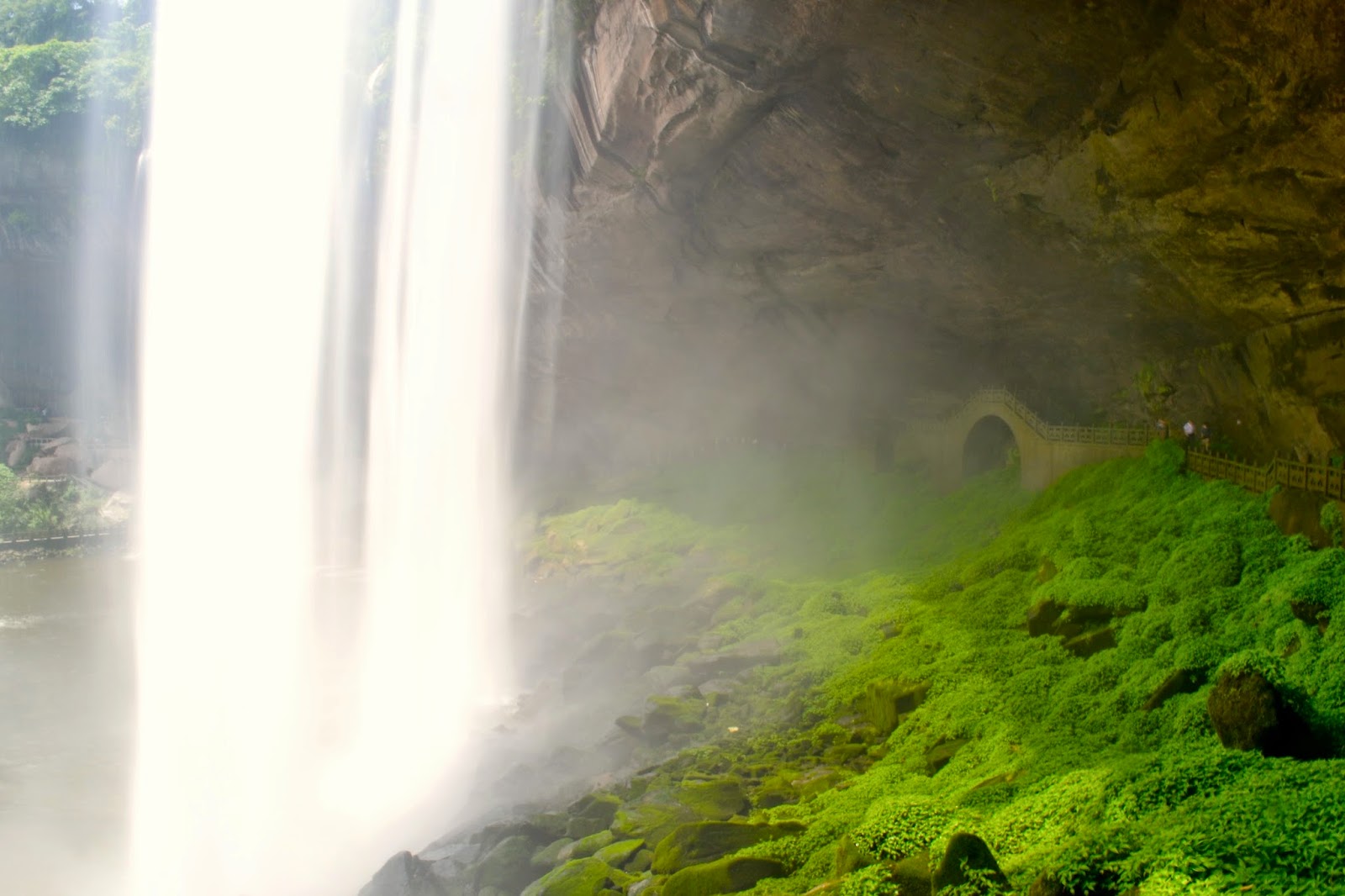 It took me so long to figure out how to balance the light behind the waterfall and the light coming off the waterfall with reduced shutter speed, all of the students except John and Floorie moved on. We ended up losing them 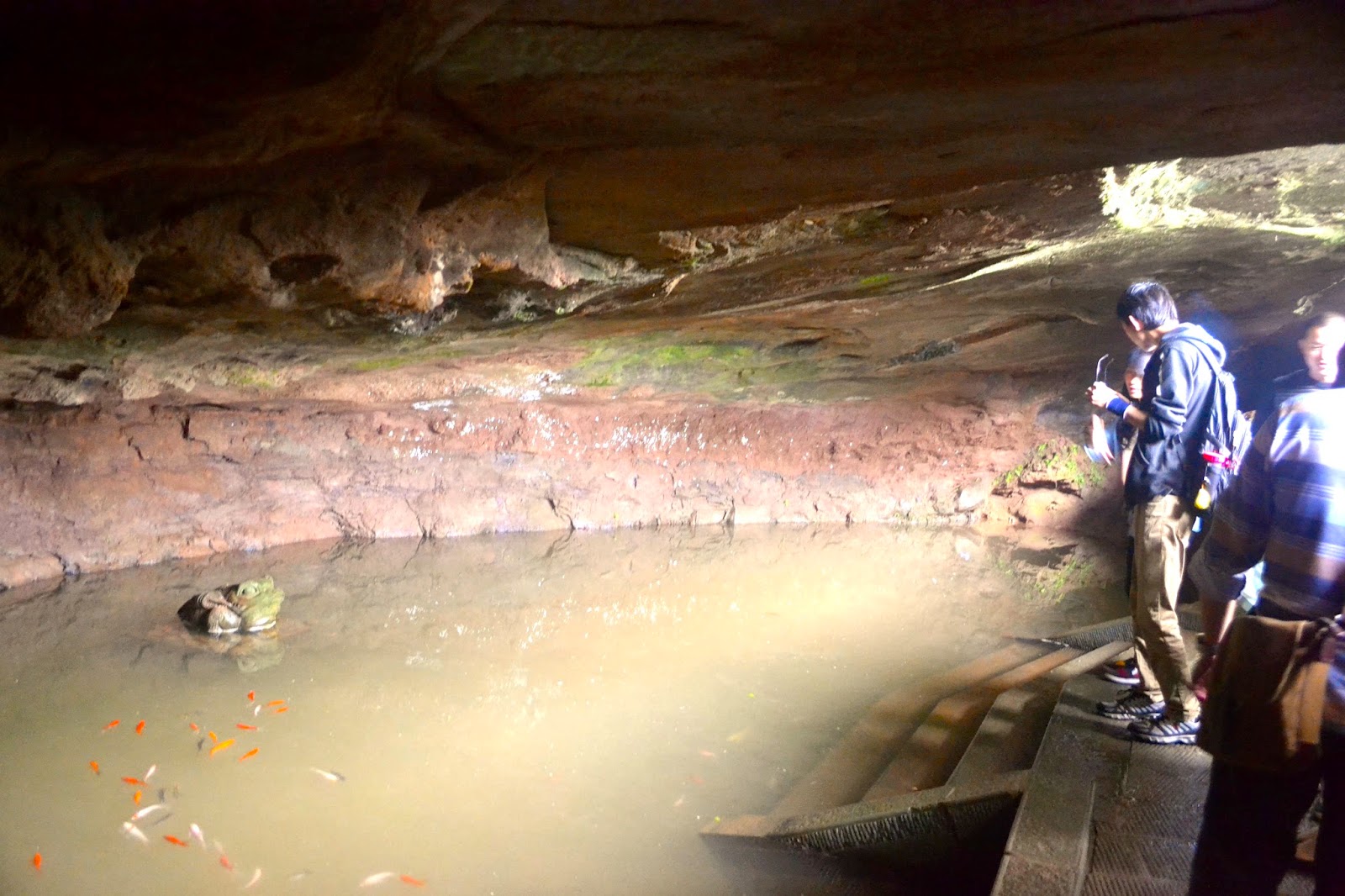 In a little underground cavern behind the waterfall Floorie tried on John's glasses. At this point I got the idea that I could possibly be the buffer. . . 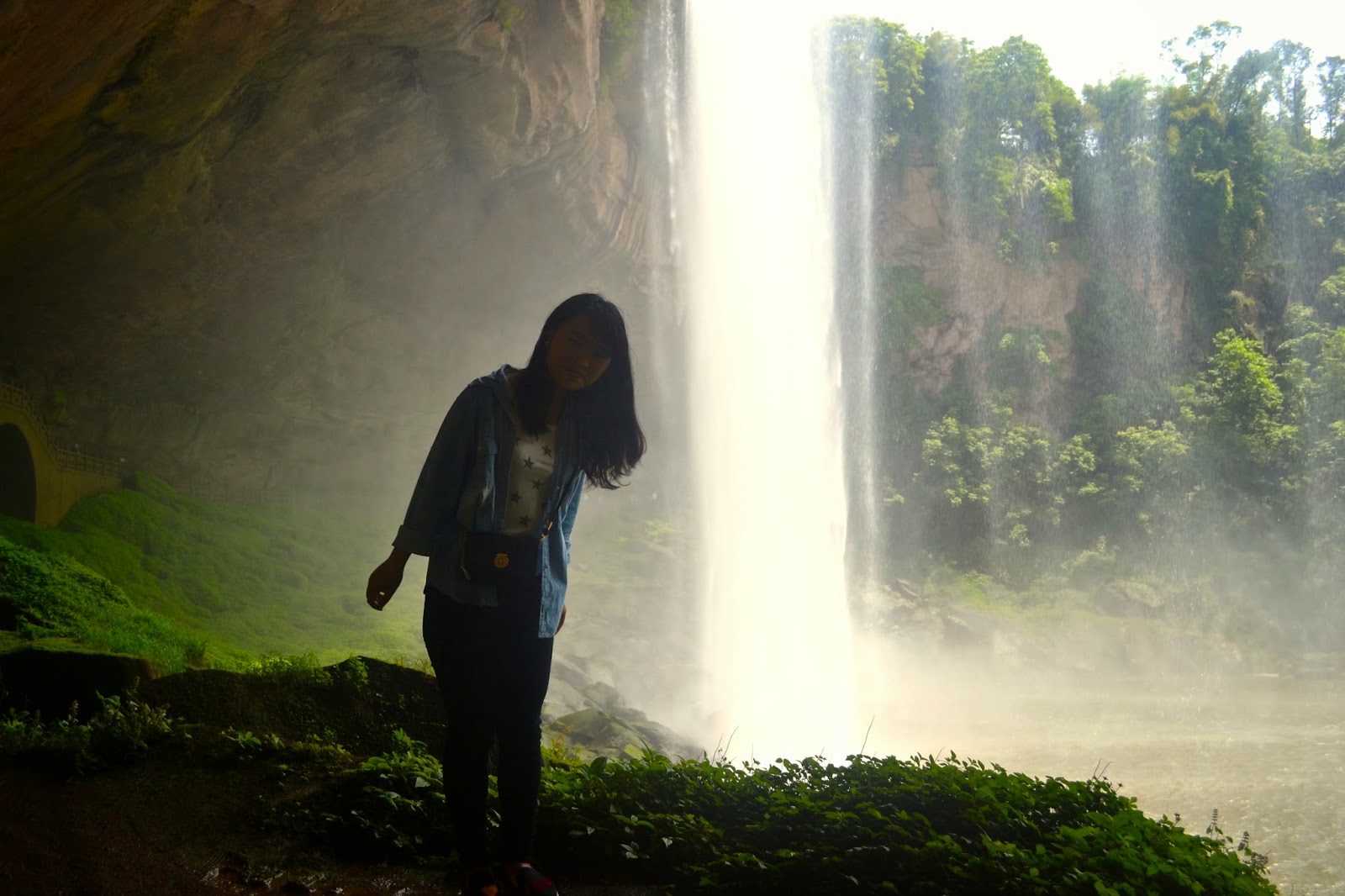 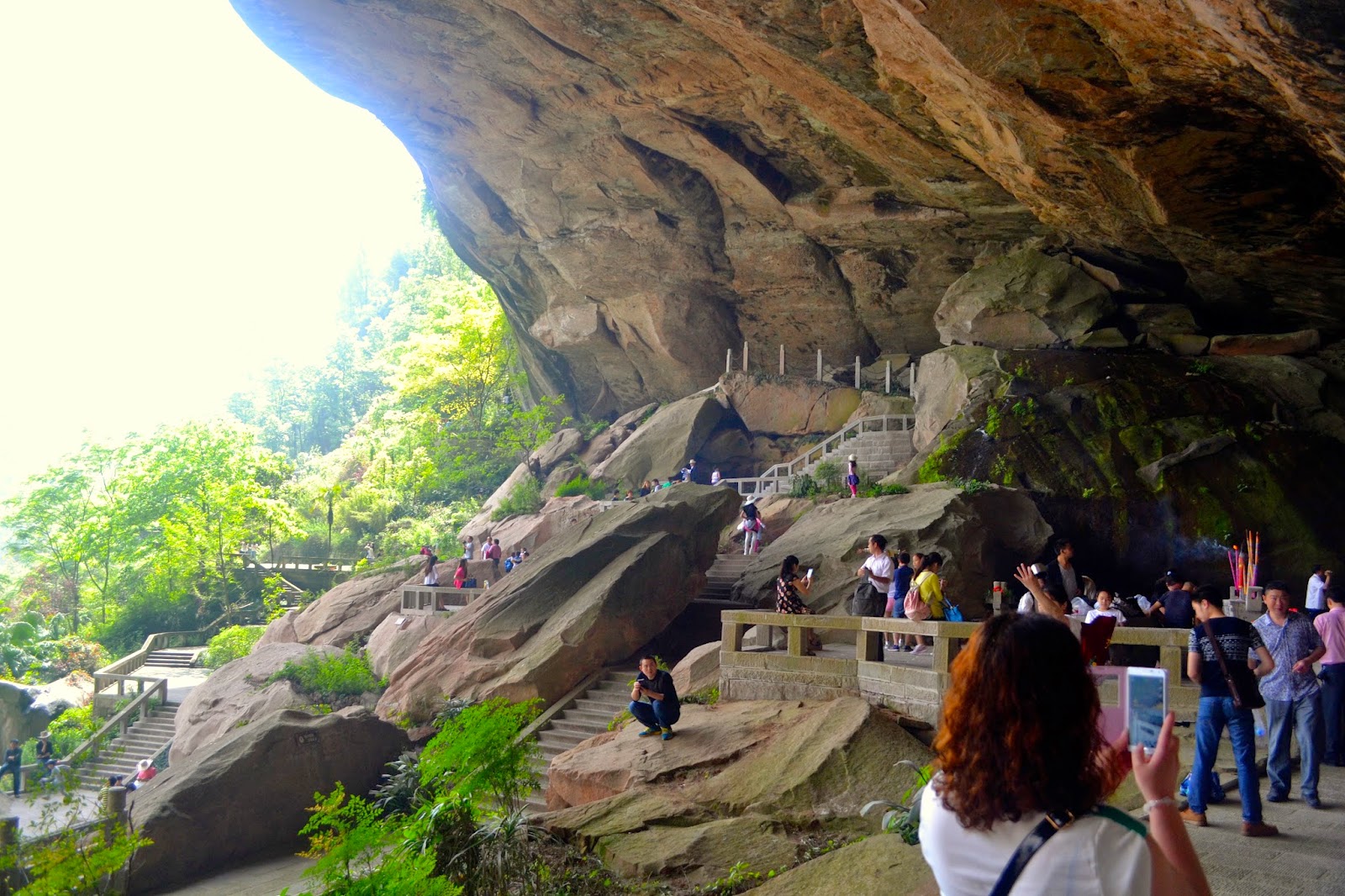 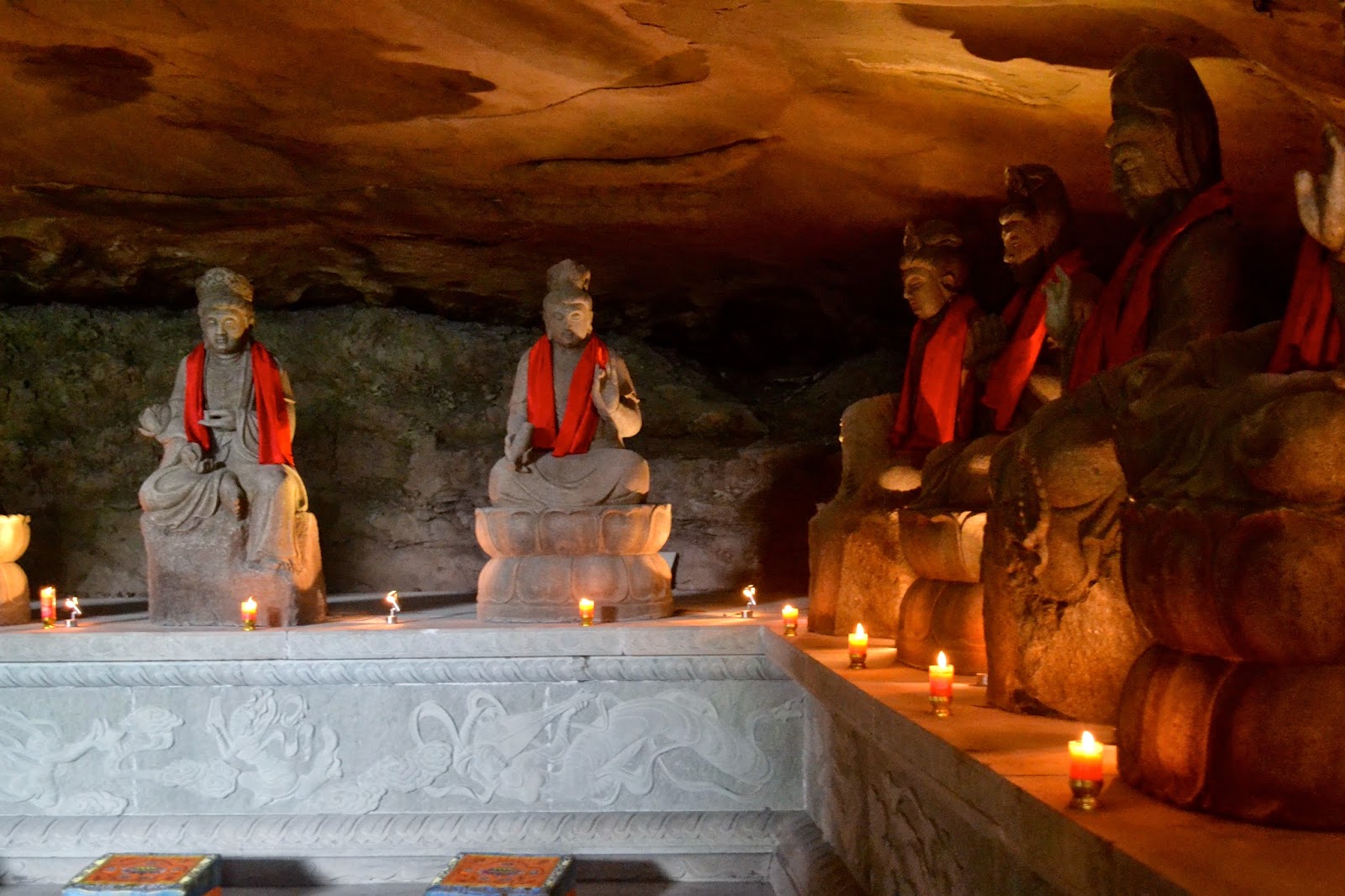 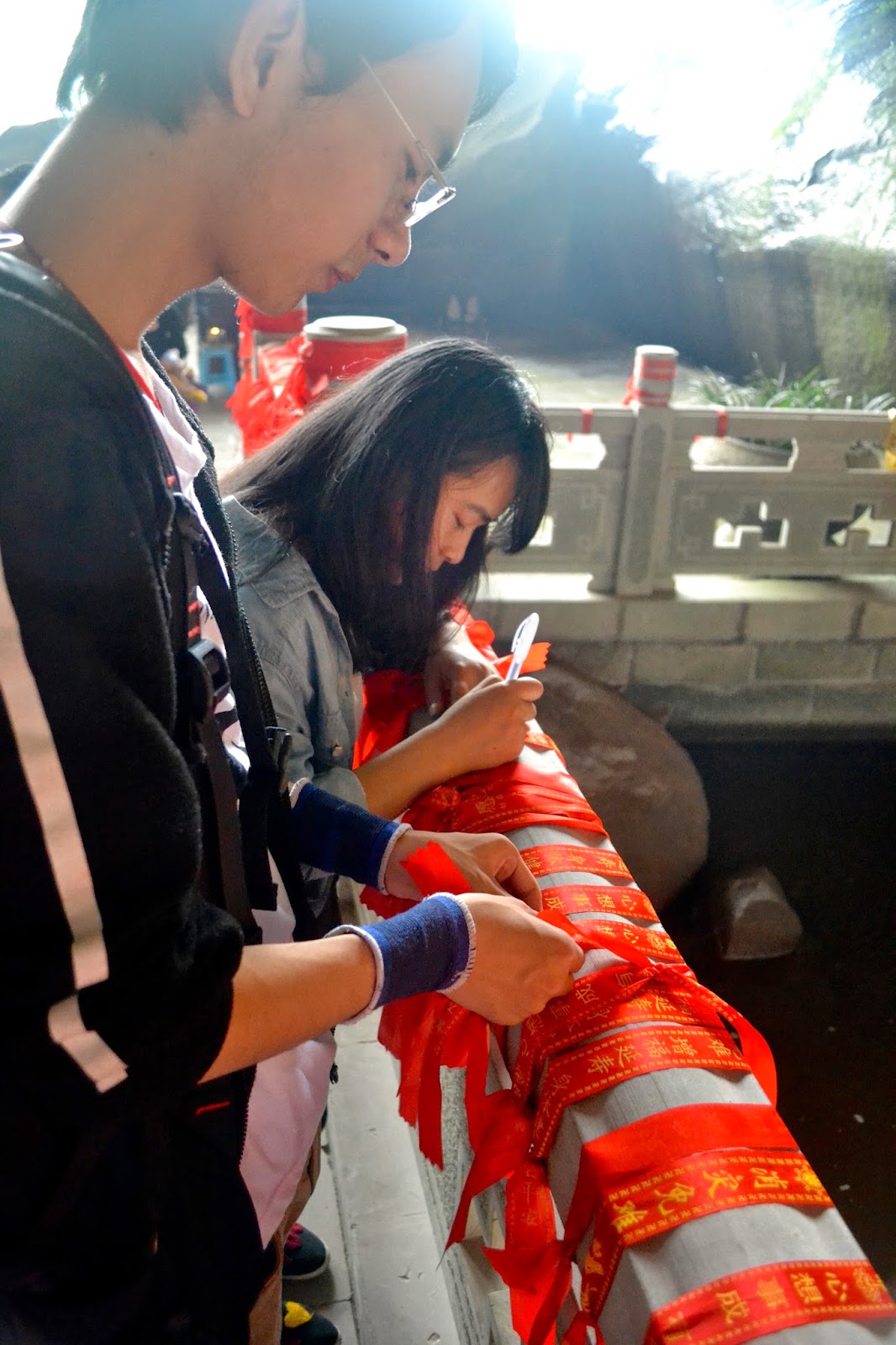 We wrote our wishes and dreams on red cloth 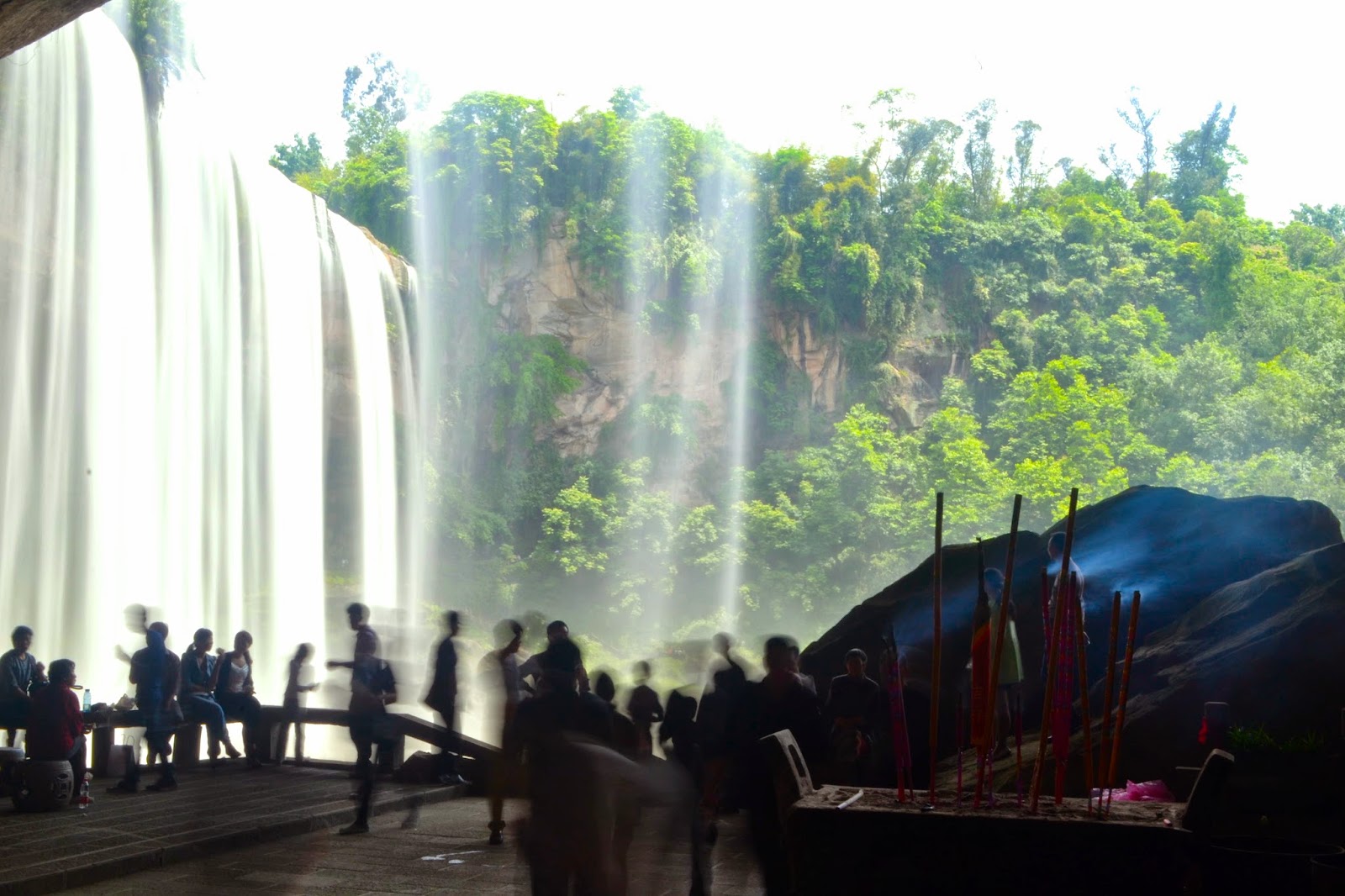 This shot had so much potential. Alas, I created an atrocity. I couldn't figure out how to manage the green/orange, white waterfall, whipping tendrils, and moving people 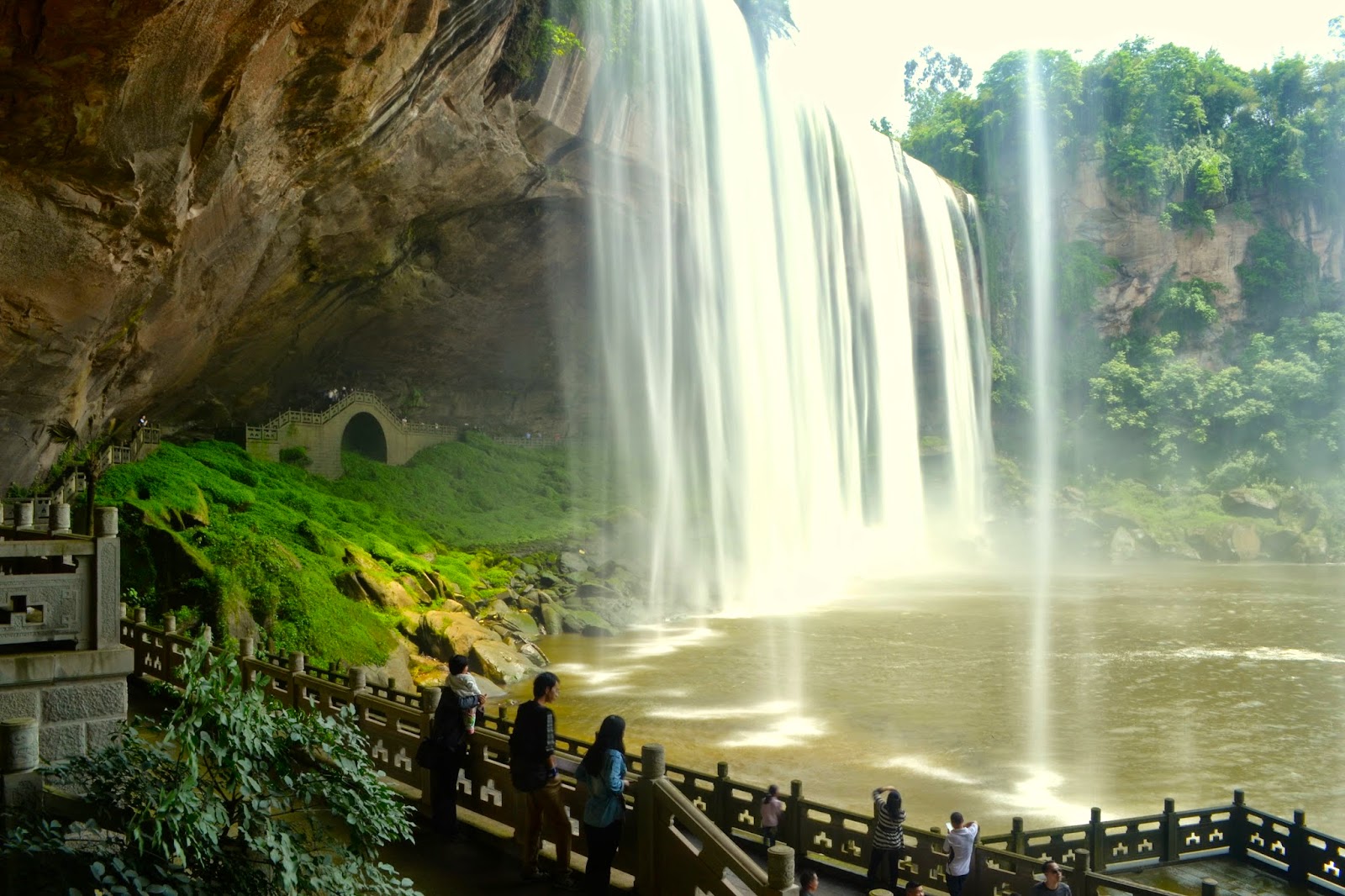 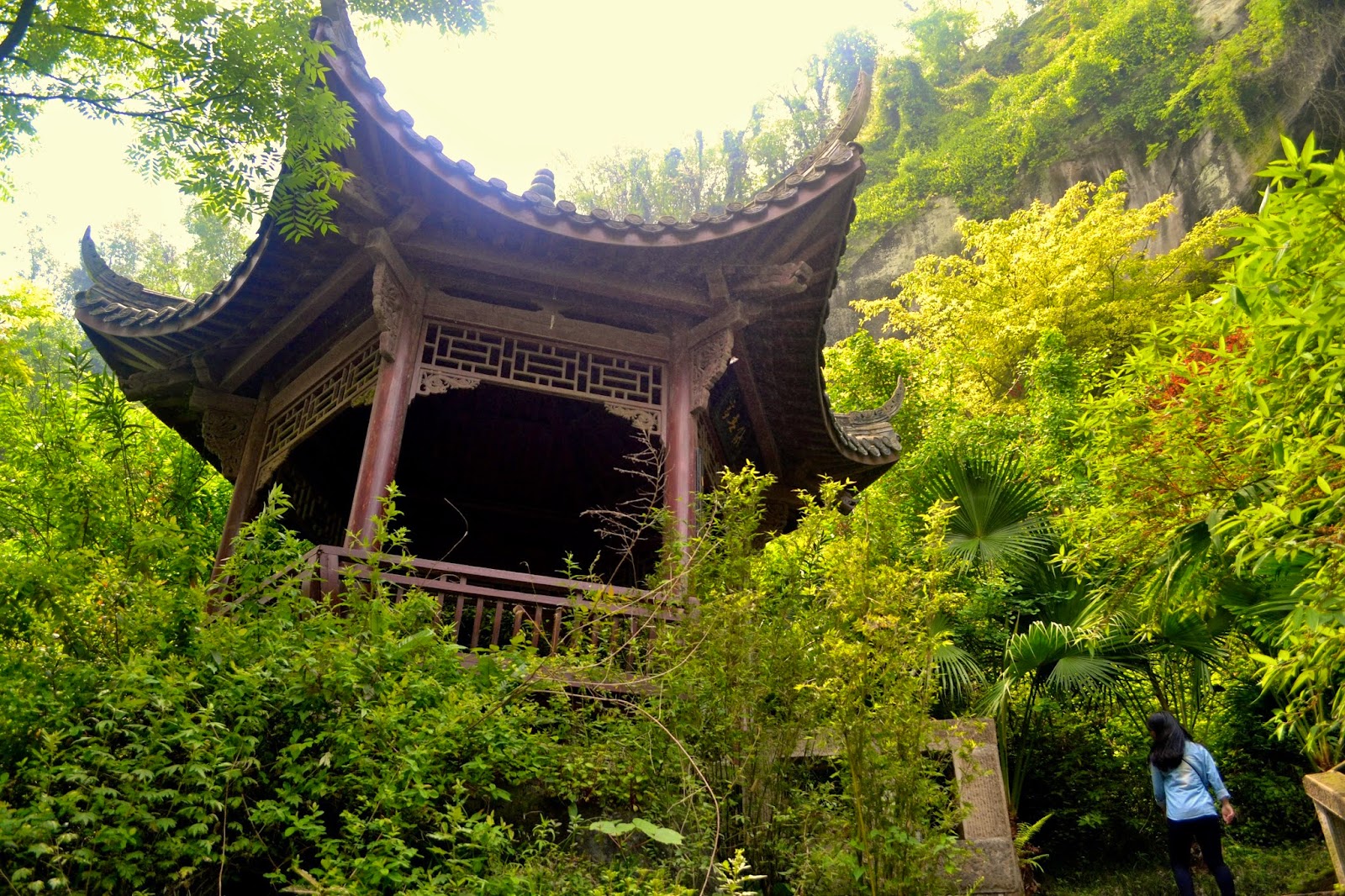 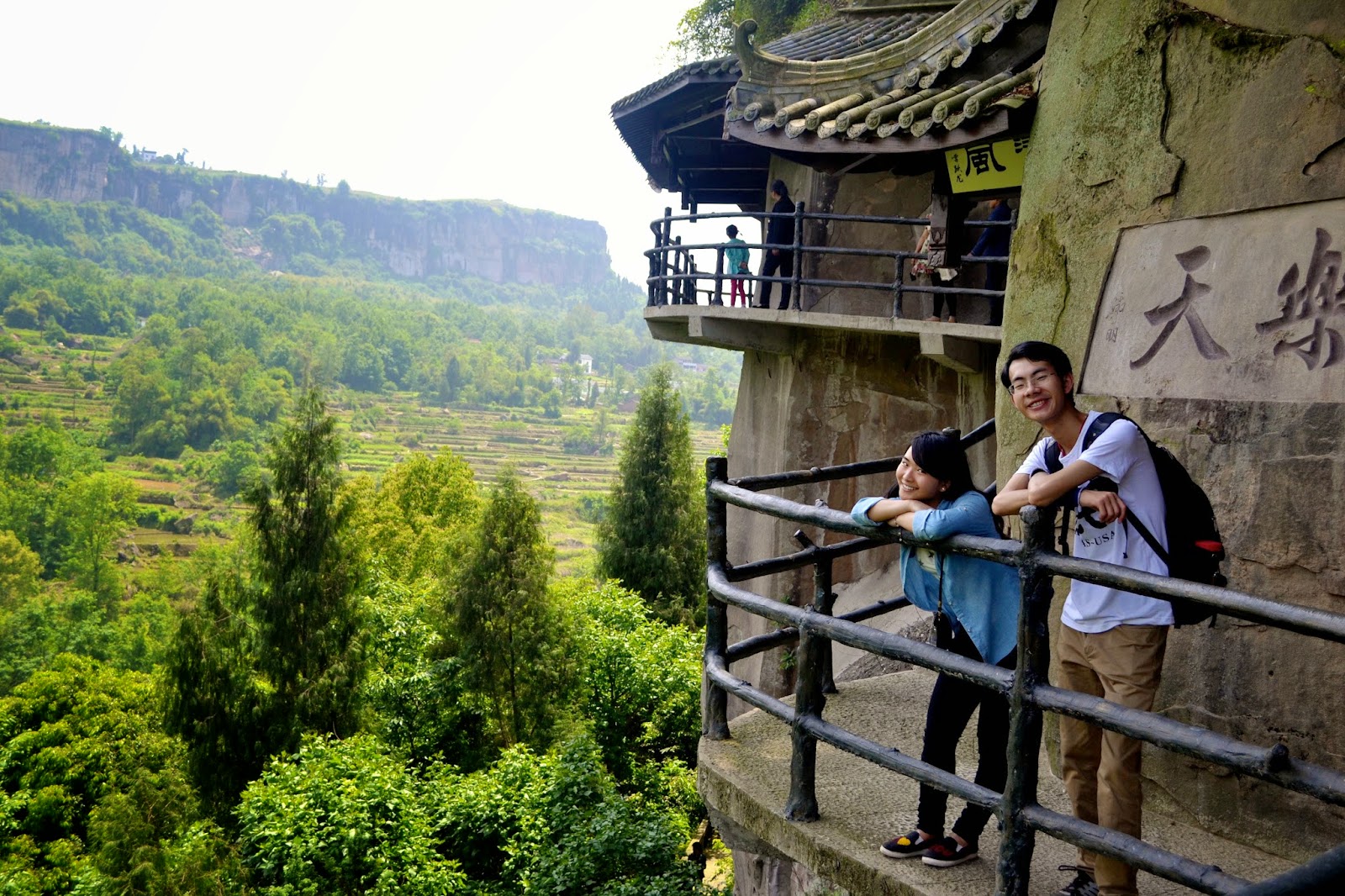 On the mountain walkway. This was Floorie's third time at the waterfall. To practice for her major she gave John and I a guided tour in English. It took me a while to realize, but John and Floorie only speak to each other in Chinese when necessary. 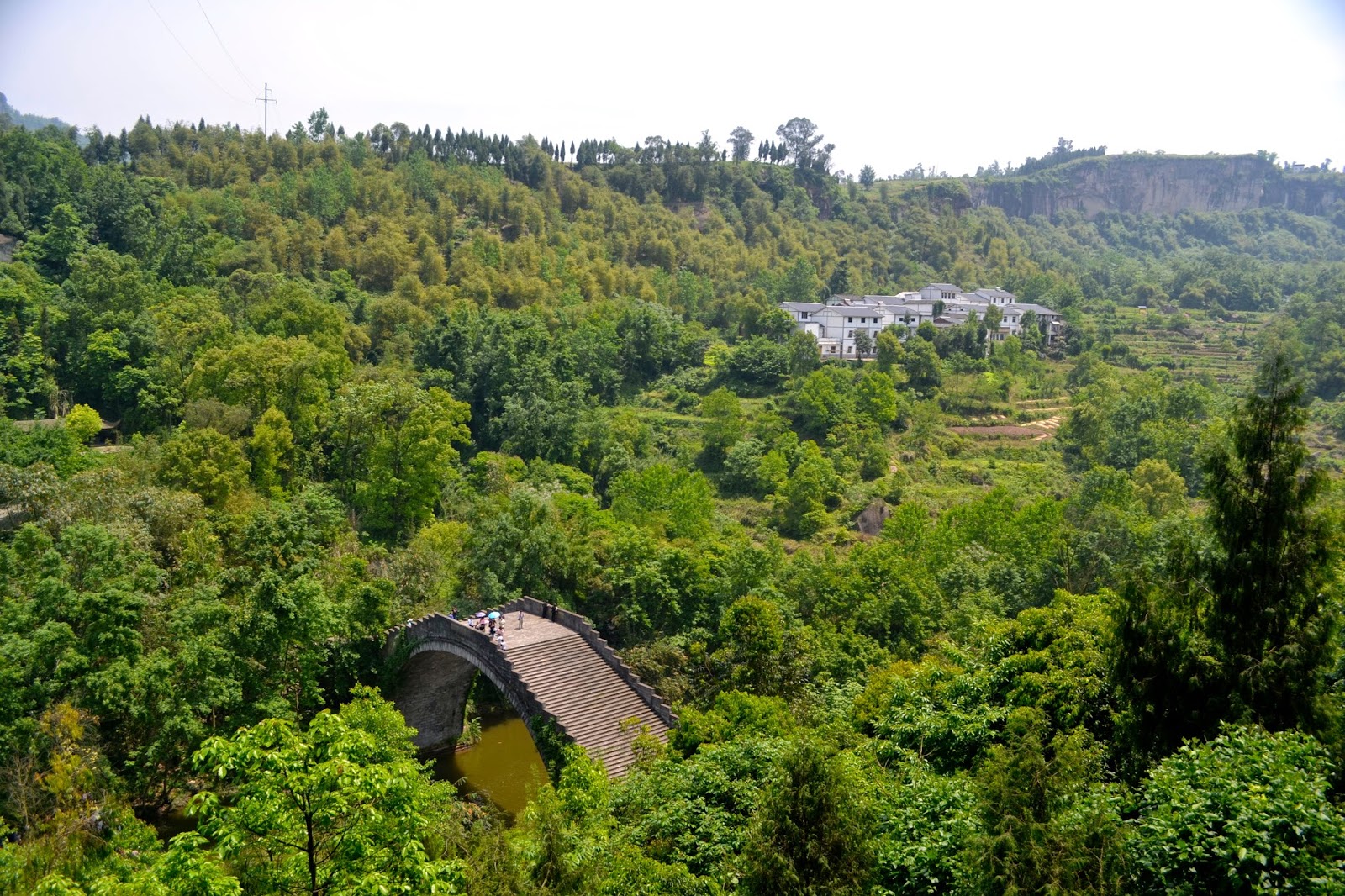 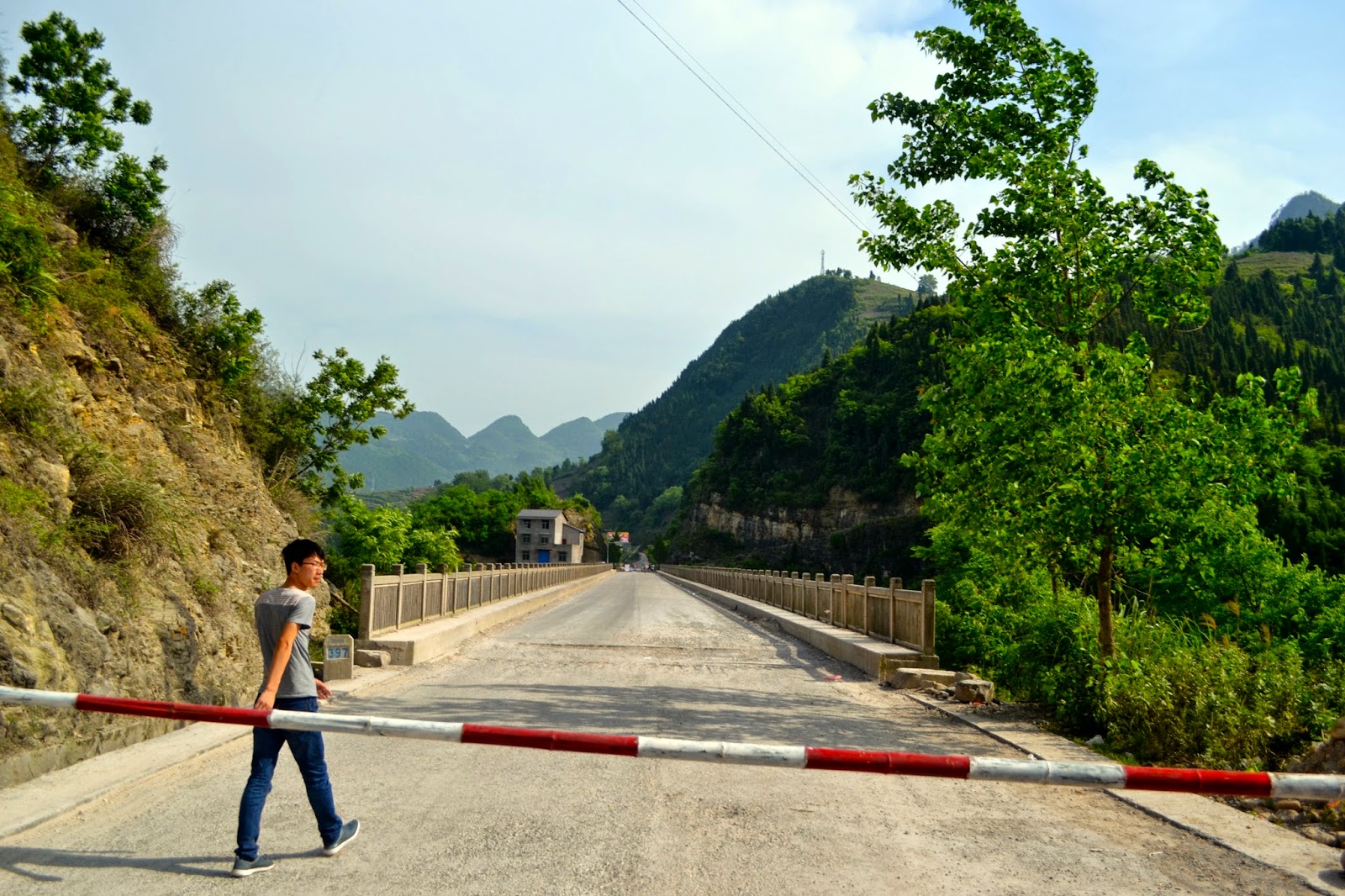 After leaving the waterfall we drove back to Wanzhou city. It took us two hours to find lunch because one of the students, who is from Yunnan (which is uncommon at our school), is muslim (also uncommon) and can only eat at certain restaurants. Since it was May Day many of those restaurants were closed. One of the students sarcastically said to me that he is trouble because eating with him is so difficult. It seemed like these long and draining food searches were pretty common for them. Even though it took us two hours to find food that he could eat nobody complained once. Their respect for him and his beliefs should be emulated. 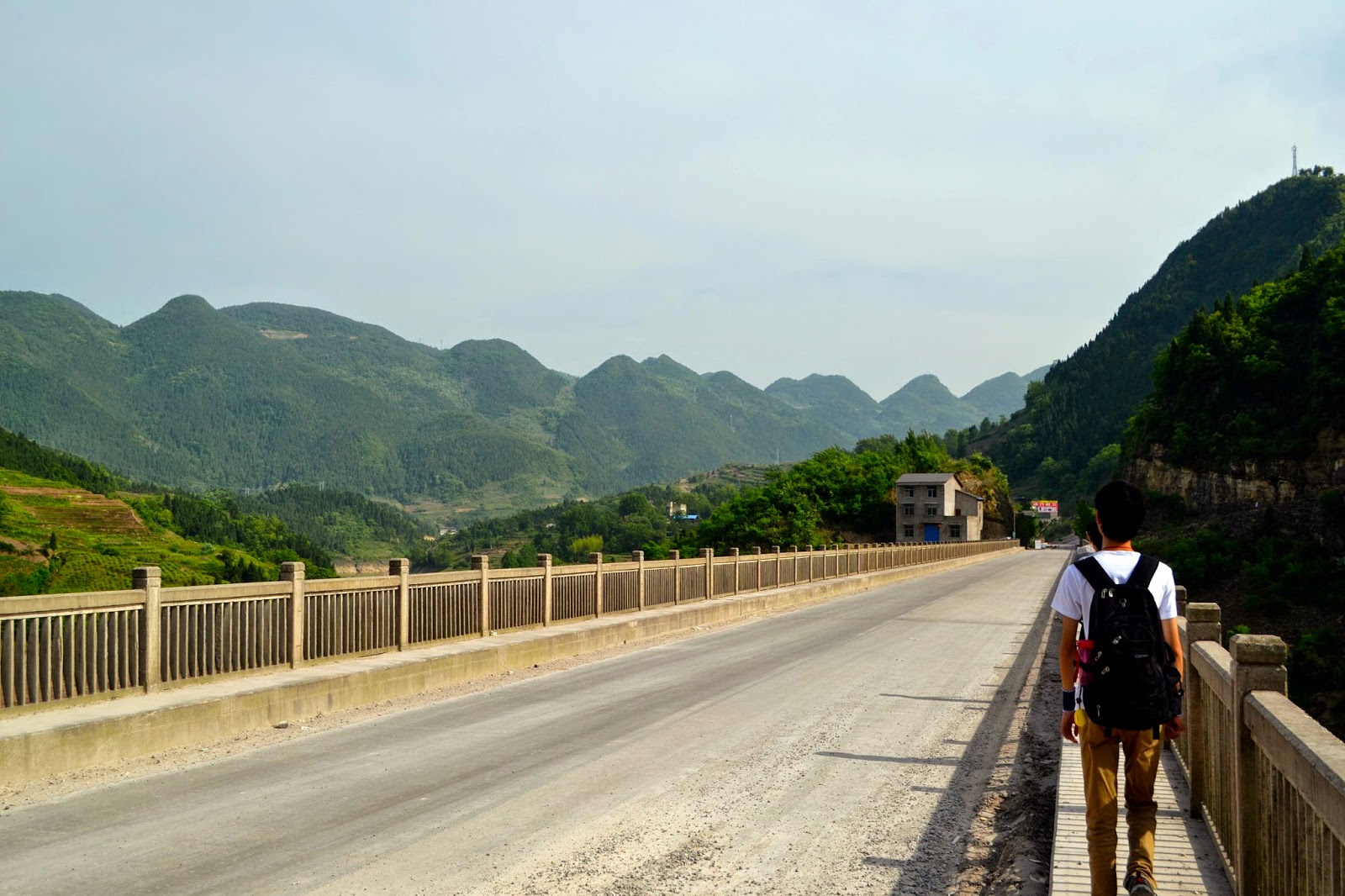 The cave is about an hour drive south from Wuqiao. Due to some highly inefficient road closing technique, that took me 30 minutes to figure out, we had to walk part of the way to the cave. I had never heard of this cave until we were on our way there. Far east CQ is gorgeous. 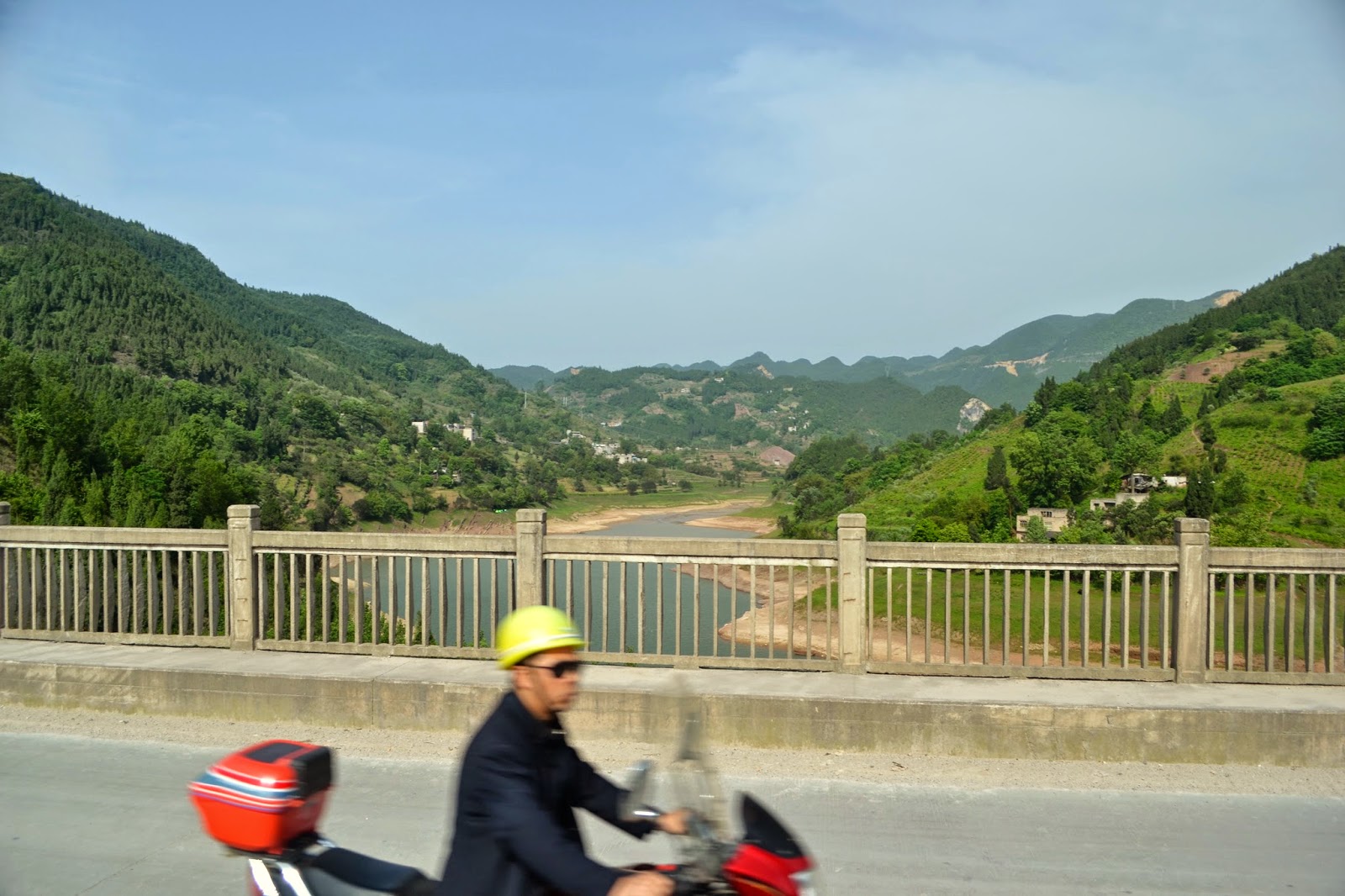 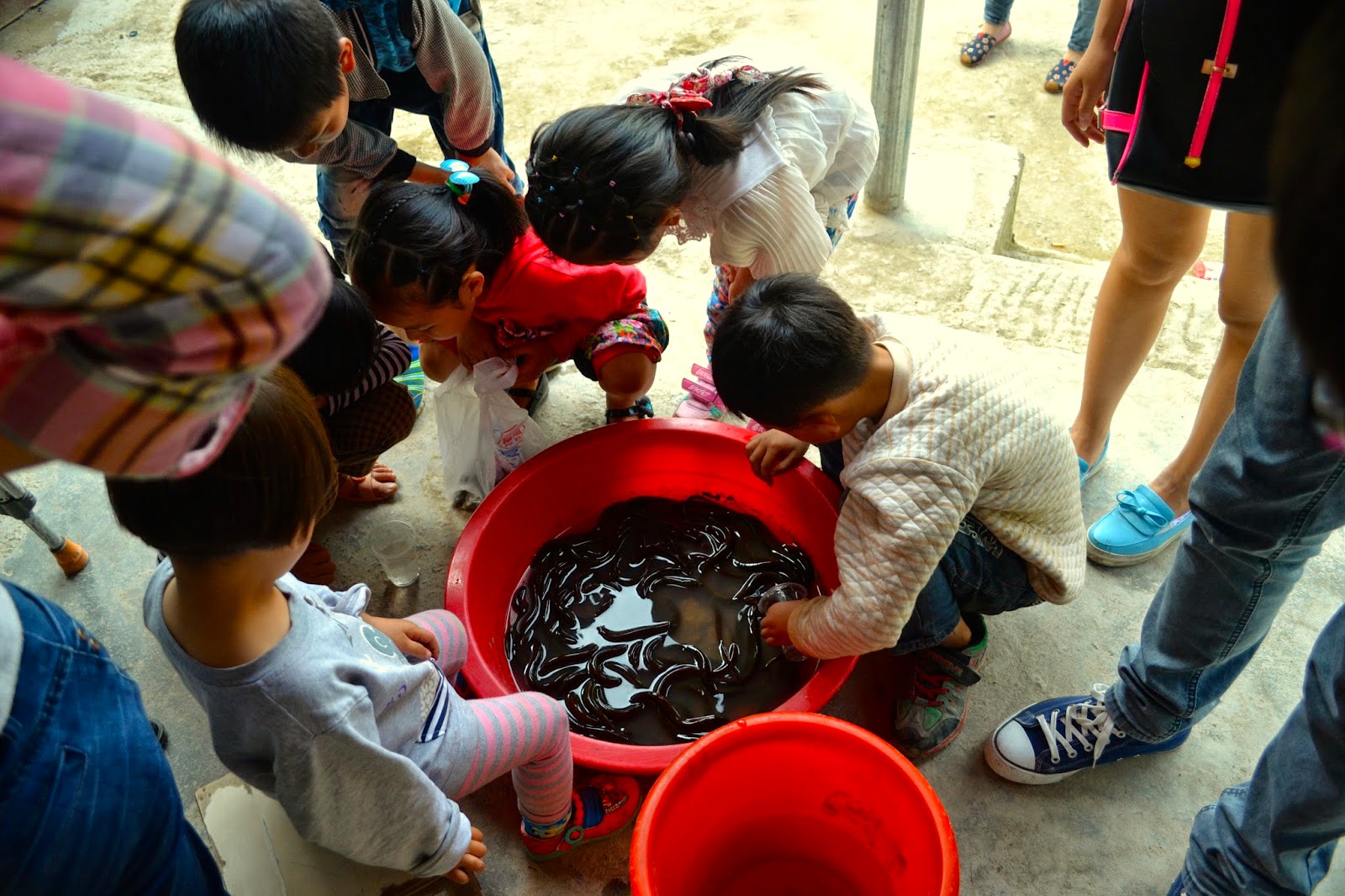 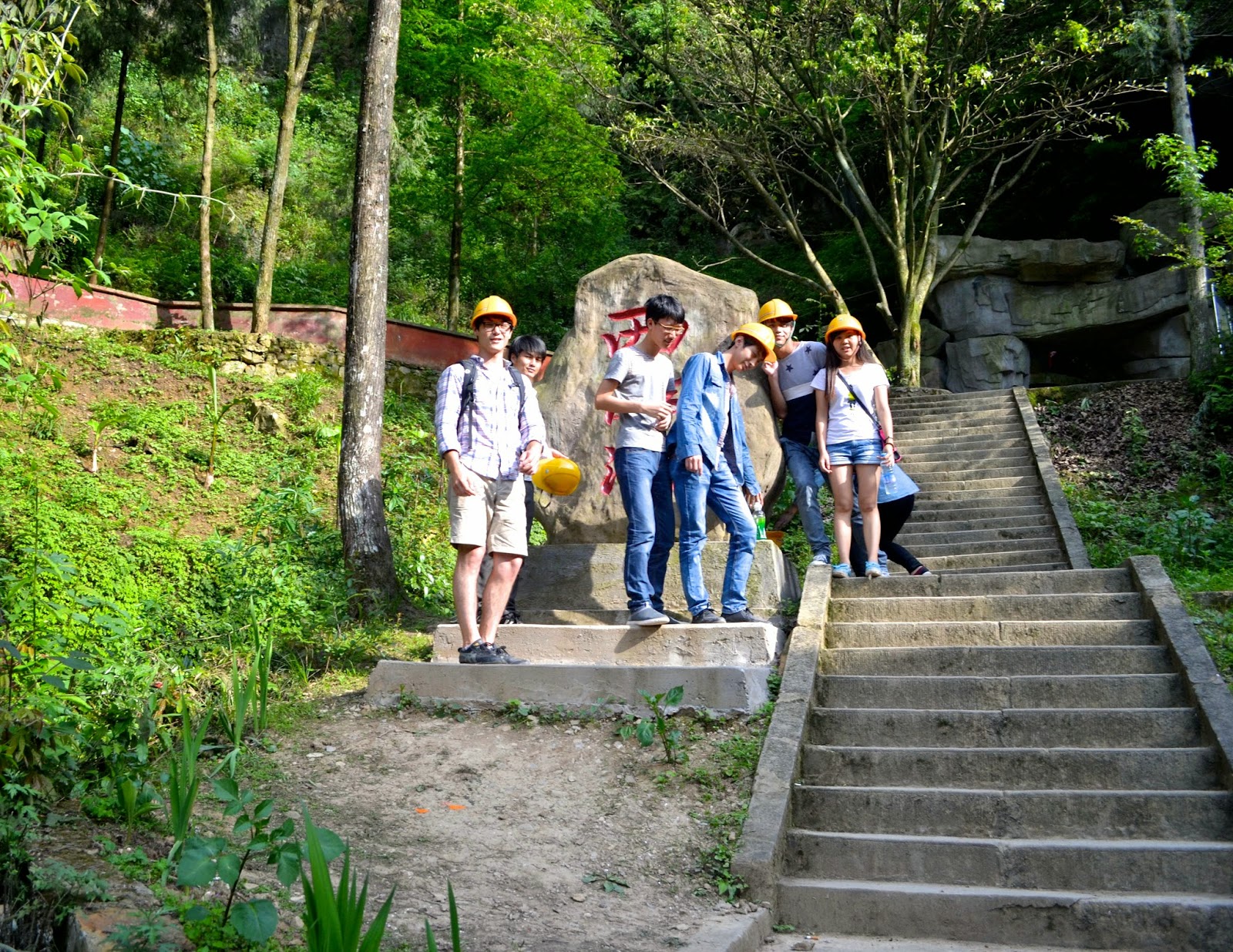 We had to wear hardhats. This safety measure is necessary. Many of the passes inside the cave are extremely narrow with sharp stalactites hanging overhead. Even Chinese people have trouble fitting through the passes. Many of the passes are so small I am sure a western cave developer would bar them. 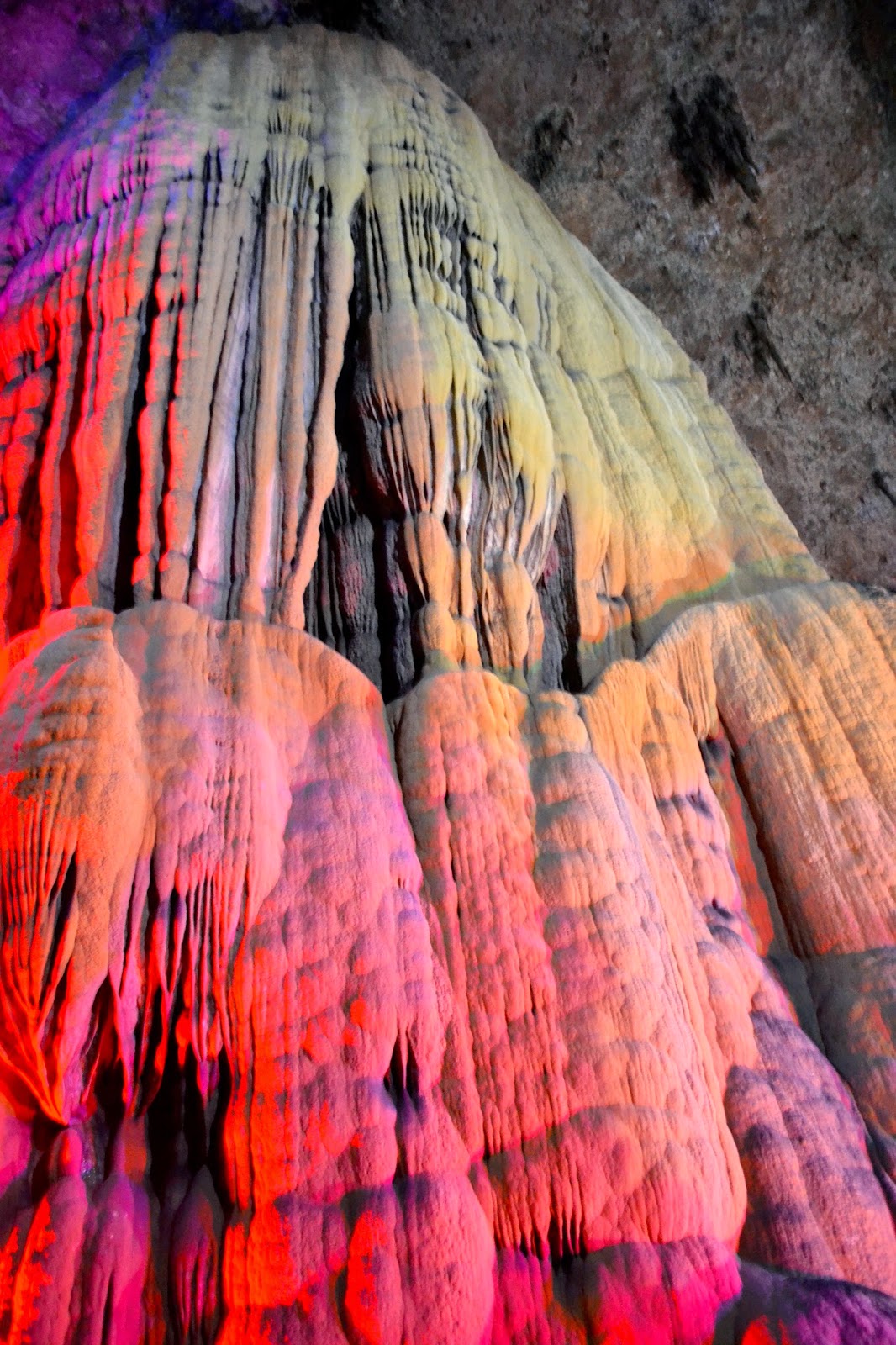 Perhaps it is my poor photography skills, but I have never been able to take a good photo in a cave. 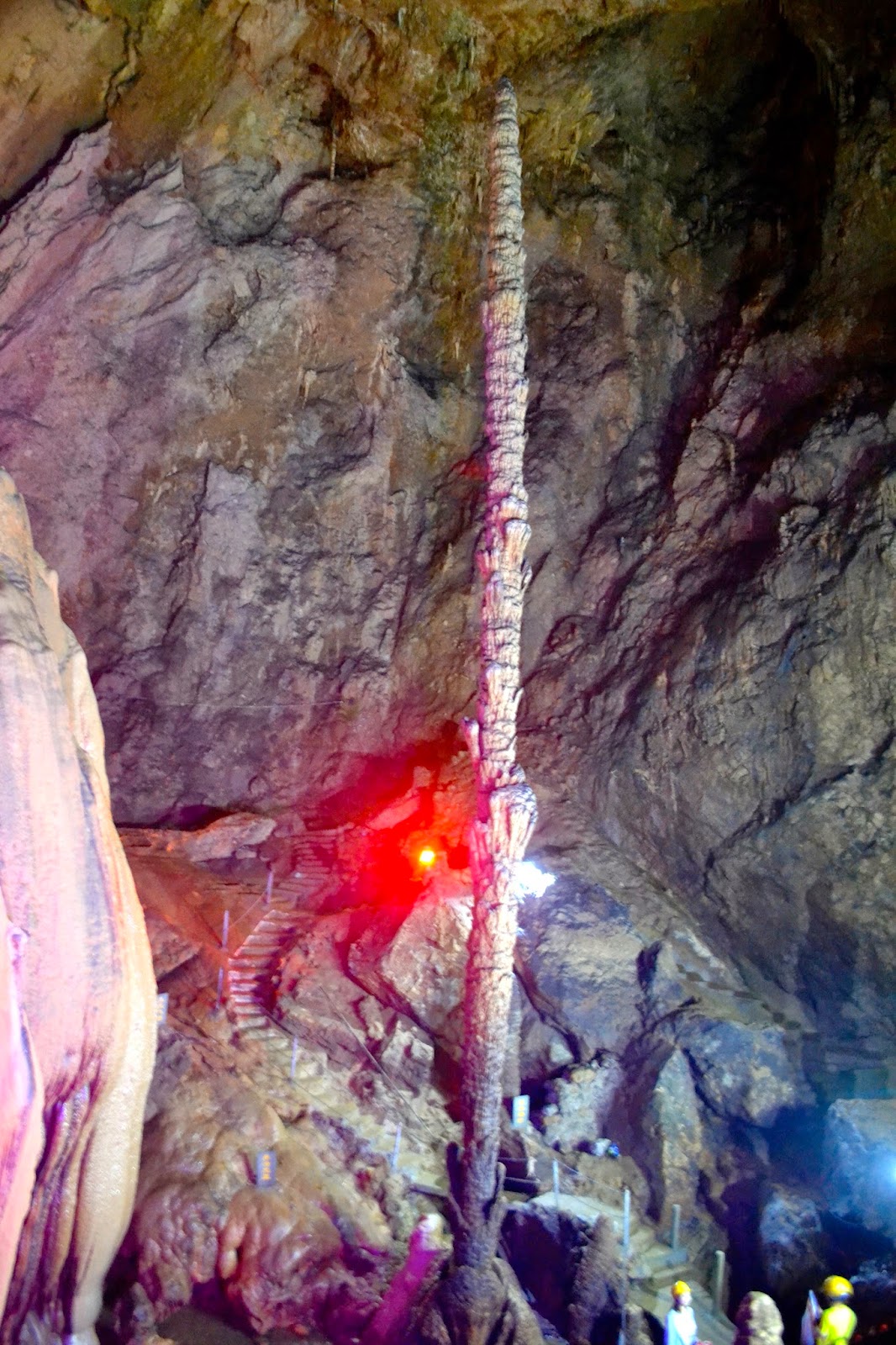 This stalagmite must be at least 30ft. tall. 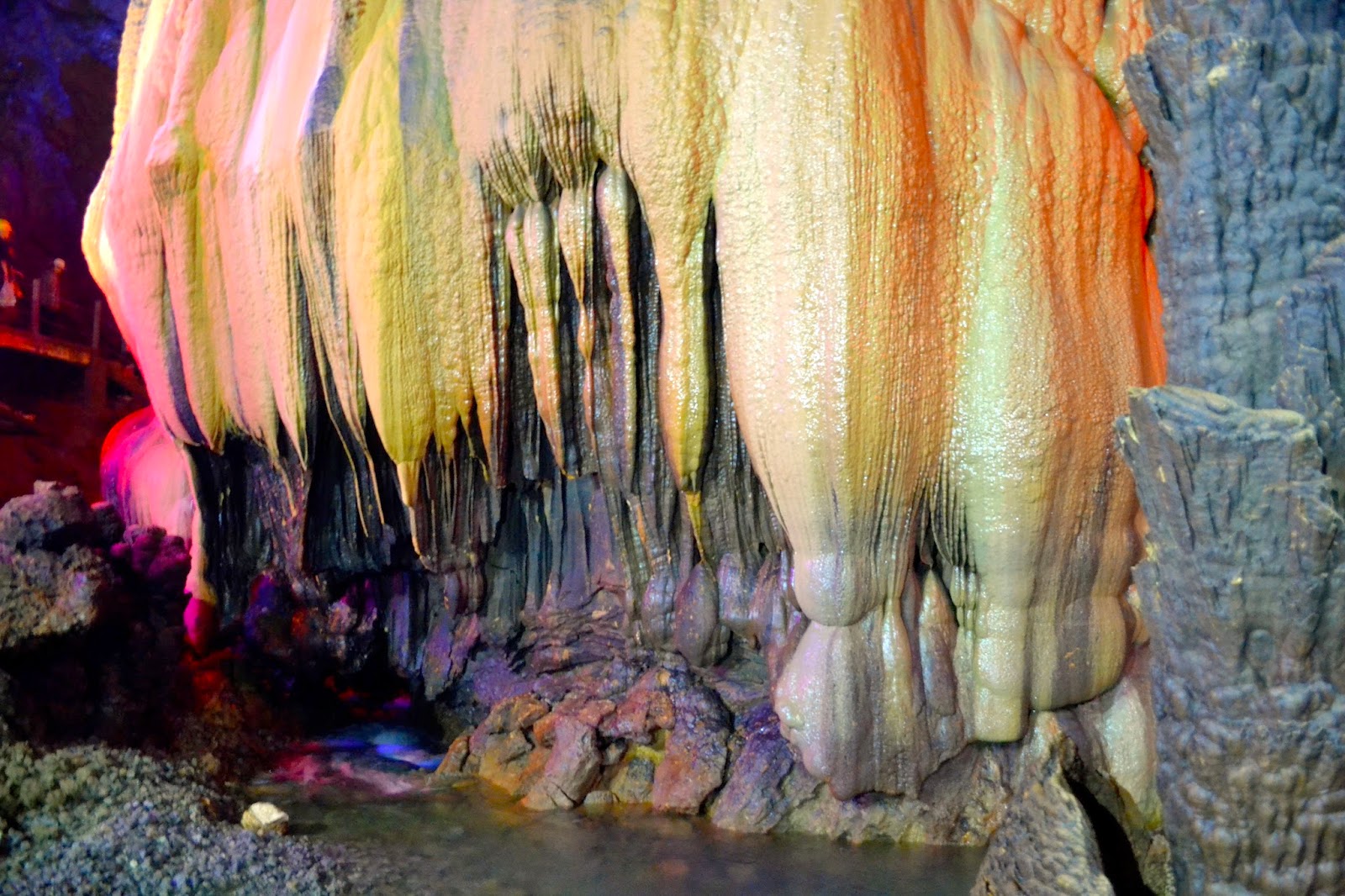 One interesting thing about the cave is that everything is dripping water. The ceiling is dripping, the walls are waterlogged, and the streams converge. The auditory effect is full and you really feel like you are below a river.

As Wanzhou tradition demands, we finished our day with the local specialty, spicy roasted fish.

A lot happened on this day trip. I got to hangout with Chinese art students, observe full respect of a religious minority, play with light, drive down mountain backroads in rural China in a cramped metal coffin, go underground, and witness a romance in the making. Best of all, by the end of the trip almost all of the students were speaking the little English that they know and were asking me to name things for them in English so they could use the words in sentences (they also managed to remember all the swear words they have learned).
Posted by Unknown at 7:40 PM